Today I made a long forgotten classic; Rucola, Bresaola, and Parmesan. It is a simple dish that I doubt anyone needs to know how to make it. But if you insist the ingredients are below, and as an extra bonus I’ll add the calories per 100 gr of this simple—but elegant—dish: just about 200 calories total. Even is you abound with the parmesan.

I decided to post about this dish because I was suddenly reminded of the many uses of the rocket, which “has many beneficial properties, with protective effects of various kinds“. Among the best known we find: 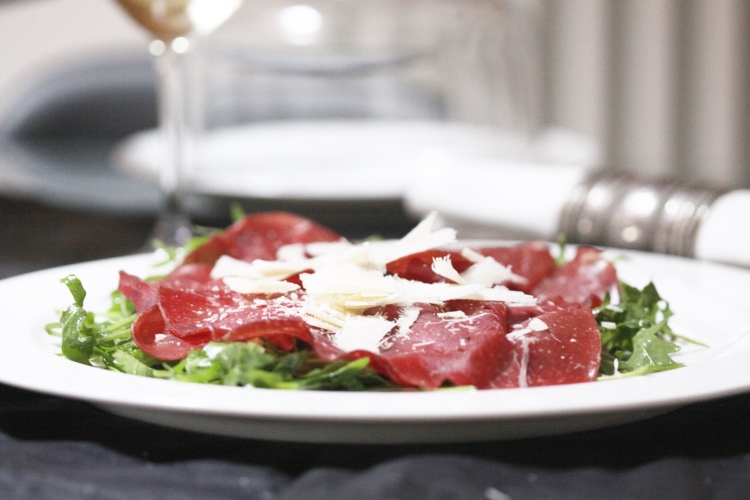 Salt (use sparingly, bresaola is salty of its own)

I like to make little parcels of bresaola, rucola, and parmesan so that when I bite I have a little bit of everything.

But rucola lends itself for many other uses—other than a simple salad. One notable is the Rocket Pesto, which works quite the same as the other traditional pesto with basil. I like to keep this idea in mind because rocket is usually sold prewashed, (but i always wash it again), in big envelops and I seldom make it to finish everything while it is in its prime condition. 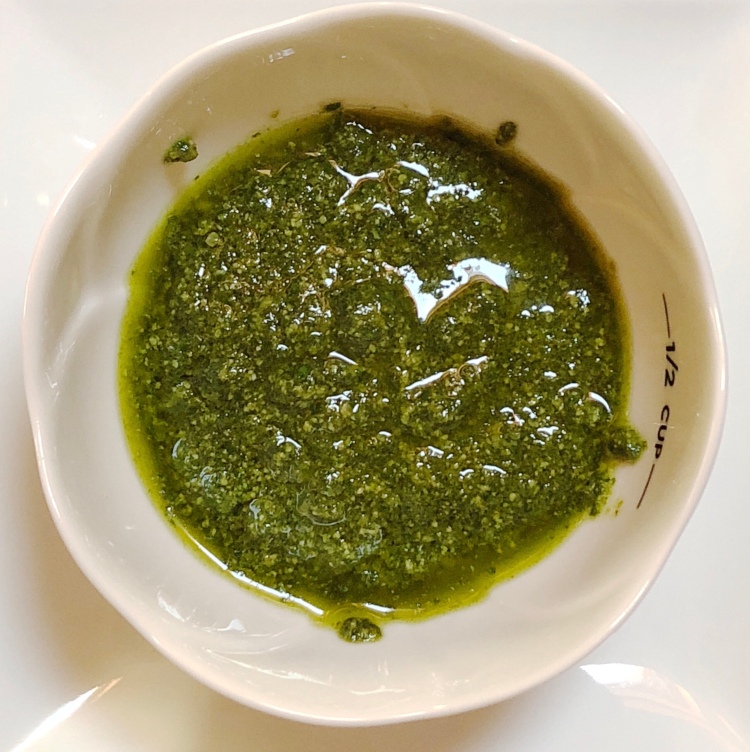 Pecorino 50 g (Optional. The taste of pecorino cheese is strong, and some find it difficult to digest. I’m one of them)

Garlic 1 clove (I always cut it in half and remove the center core of the garlic. There are two different opinions on this. I guess anyone can try for themselves. Many people swear that removing the core makes it more gentle to your stomach. In anycase I always do it, especially if used raw)

Once I have my pesto I like it on Spaghetti (never too thick), or Pennette.

Or I use Rocket as such:

One thought on “The Many Uses of Rocket (or Rucola)”