A Sense of Antiquity

Founded by Julius Caesar with the name of Forum Iulii in 568 AD. Cividale became the seat of the first Longobard duchy in Italy and later, the residence of the Patriarchs of Aquileia. This pretty town is antique, but clean like a bright new penny!

Cividale del Friuli is located at the foot of the Julian Alps, perched on the Natisone river, a favorable position often disputed by various dominations thru the centuries. 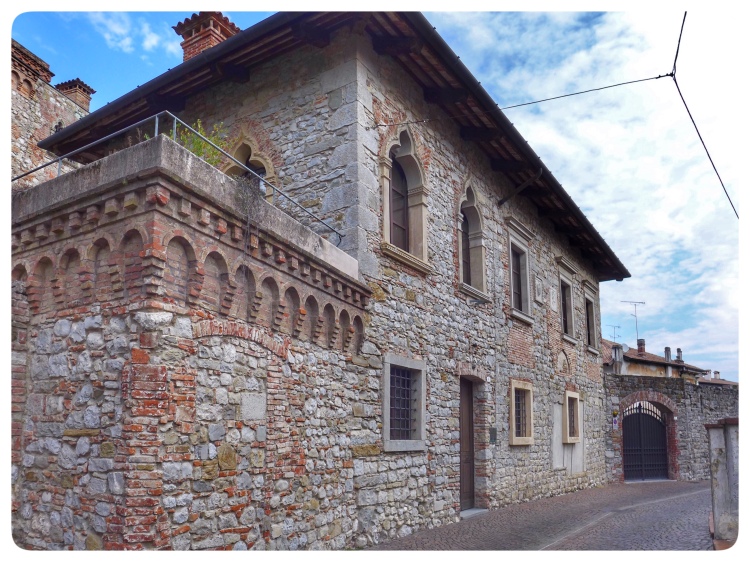 The foundation of Cividale del Friuli and The Roman age

With the Roman presence Cividale became an important city for the area, and acquired more importance and prestige. As early as 49 BC it was a municipium (that is, the inhabitants were linked to Rome but at the same time independent, they had magistrates and institutions of their own, but did not have the political rights of the Roman inhabitants). 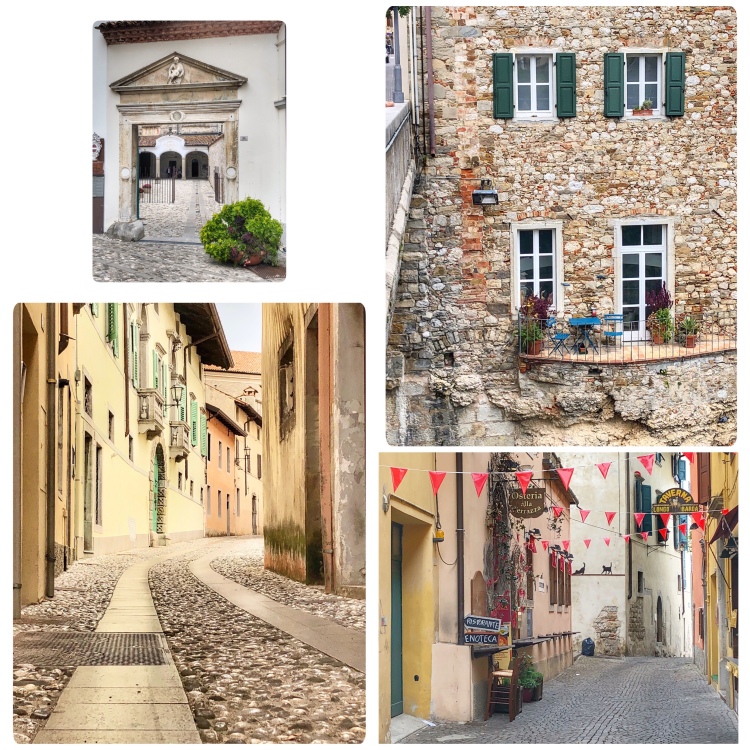 Summarizing (from then to now)

Like the rest of Italy the city experienced a period of economic rebirth derived not only from the entrepreneurial will of its citizens in areas such as agriculture, mostly in wine growing, industry and craftsmanship, but also by its extraordinary beauty, not disdained by tourism. 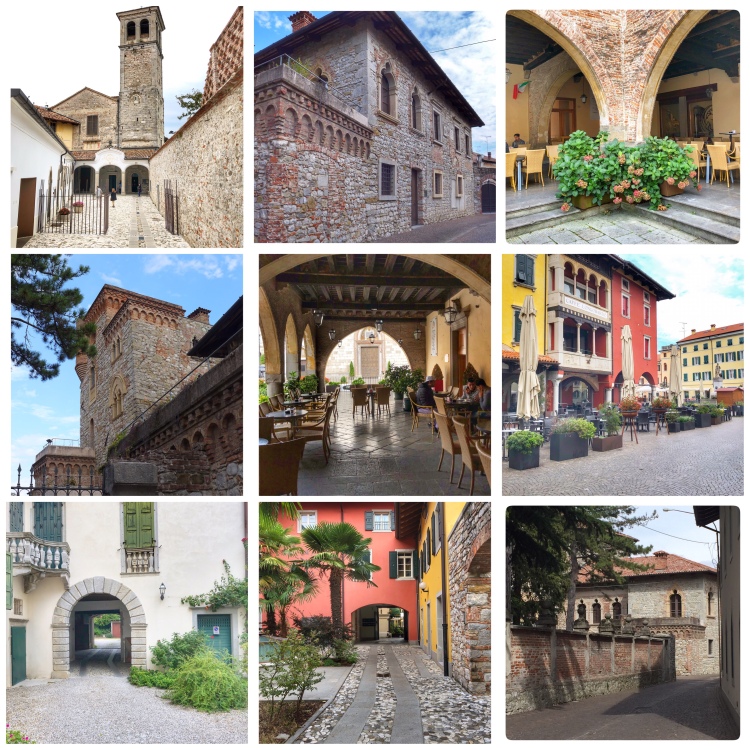 In 2012 Cividale was listed as a UNESCO World Heritage Site. 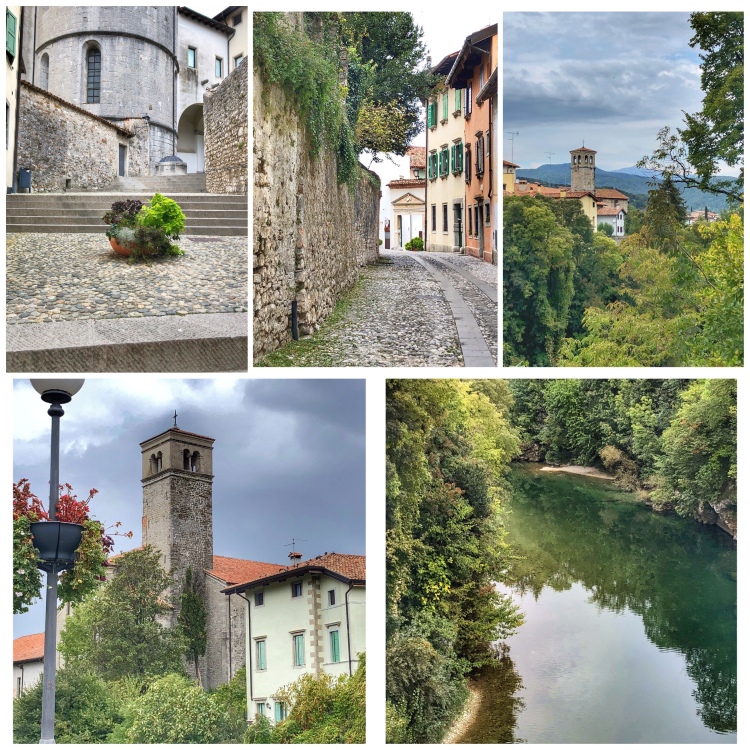 Visiting this little town is a pleasure in all seasons (though a bit cold in winter!), here is what to see. 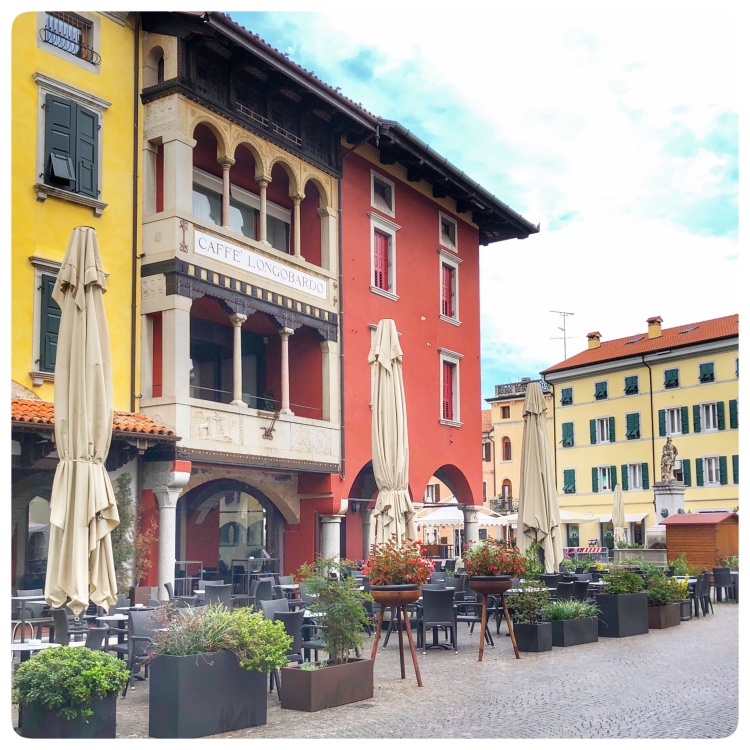 Built in the fifteenth century to merge the banks of the Natisone river, the Ponte del Diavolo (the Devil’s Bridge), offers its visitors a breathtaking view of the plateau that surrounds Cividale. An ancient legend tells that this bridge was “donated” to Cividale by the Devil himself! I love that! He was not that bad after all. 🙂 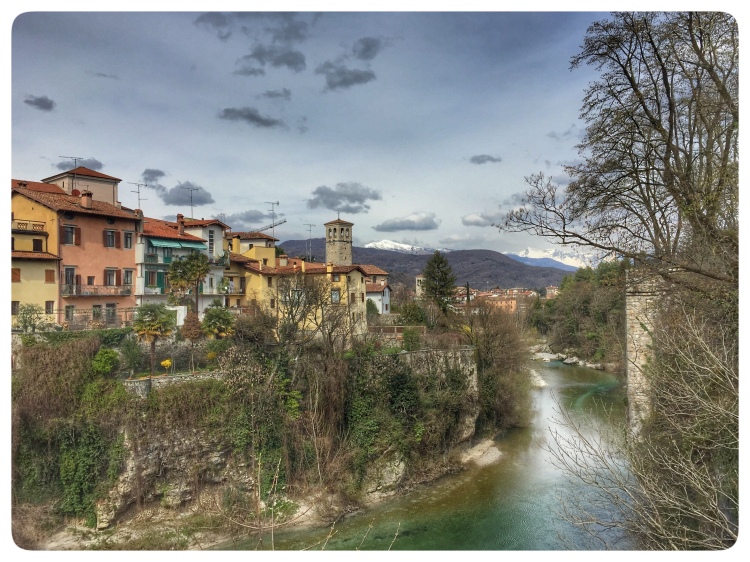 Before crossing the now famous “Ponte del Diavolo” which offers a spectacular view of the surrounding hills, you can stop at Trattoria al Campanile , to taste their famous “frico” with polenta. An abundant meal of cheese, onions, and potatoes served with polenta. Be sure to walk it off afterwards.

With just a few steps away, you can reach the charming center of Cividale and visit the ancient Roman prison, also known as the Celtic Hypogeum.

Splendid is the Duomo, dating back to the fifteenth century, of Venetian Gothic style. The Cathedral stands out on the Piazza with all its imposing beauty and majesty. Just in front of it stands Julius Caesar in all his pride! 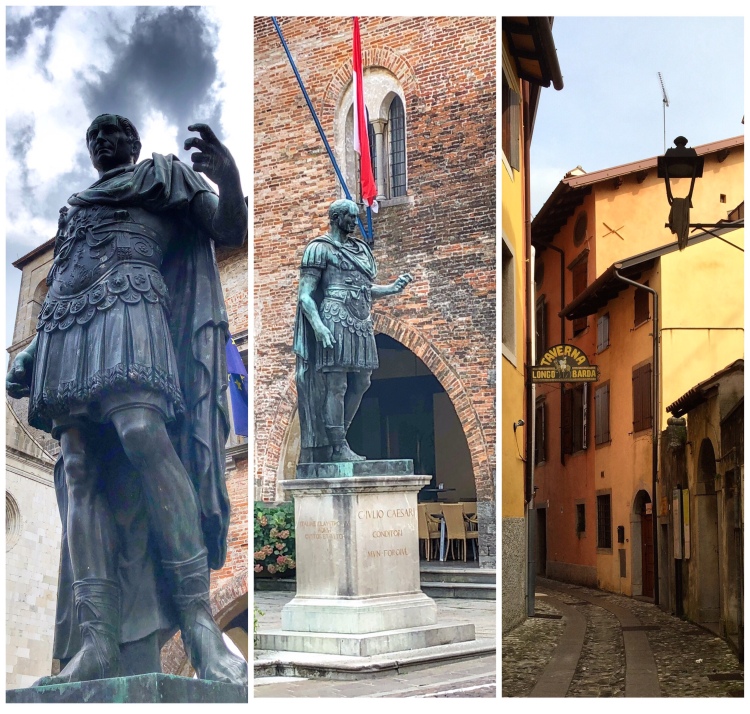 Leaving the Duomo, you can admire the fifteenth-century Palazzo Comunale and the Palazzo dei Provveditori (designed by Andrea Palladio) which today houses the National Archaeological Museum.

From here, a very short walk, you can reach the Oratory of Santa Maria in Valle and visit the adjoining and evocative Tempietto Longobardo, with its stucco decorations dating back to the VIII century. This is now undergoing significant restoration, it is truly a must see. 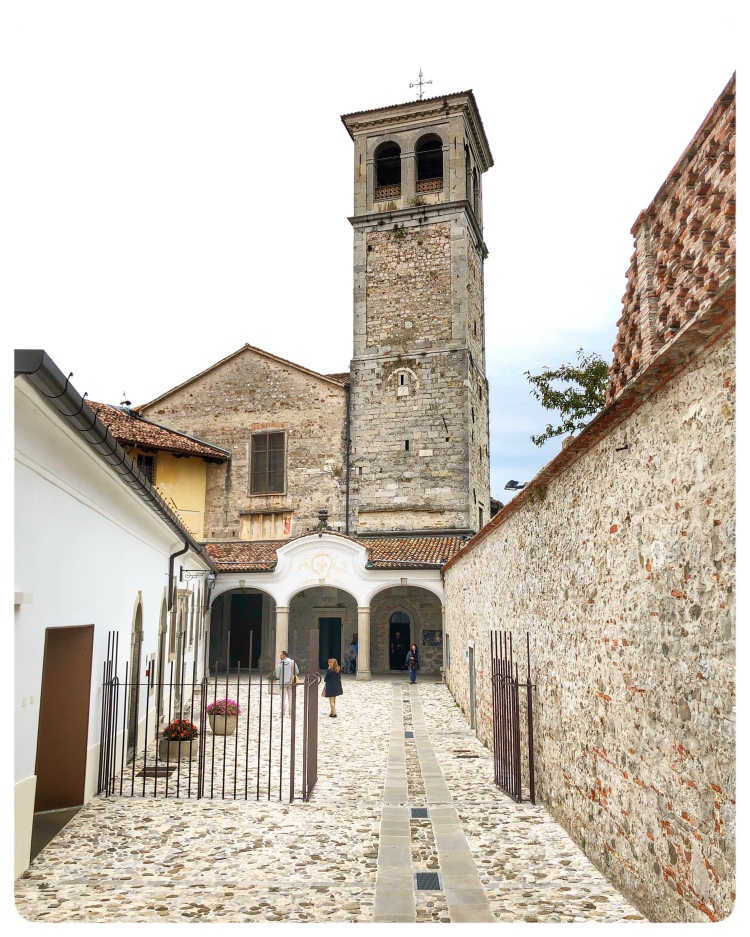 If you wish to enter one of the historic bars of Cividale, there is the famous Caffè Longobardo which owes its decorations to the pleasant facade of Leone and Pio Morandini.

Along the way there are numerous stores selling local food. Not to miss is “Gubana.” A typical Christmas cake (Dorbol and Vogrig are the two main producers). 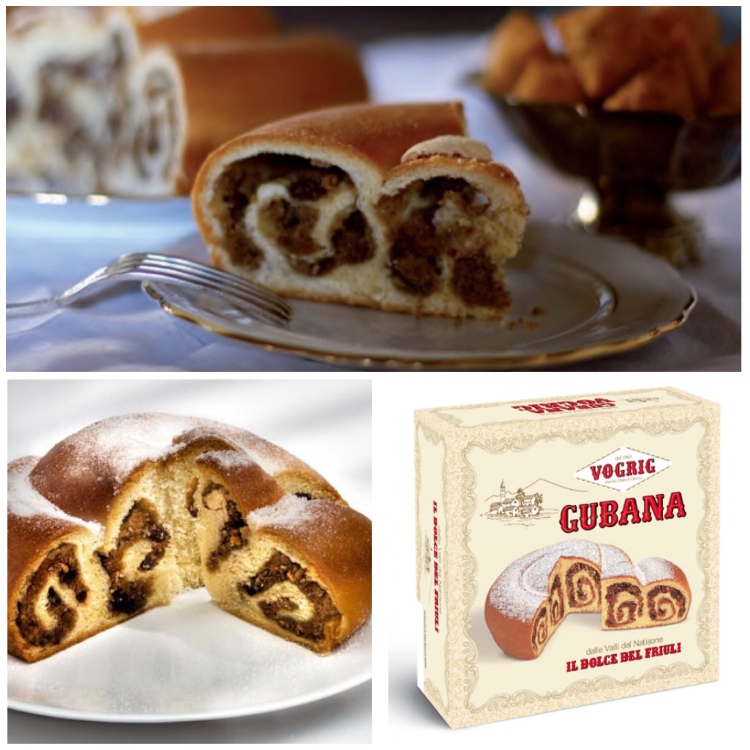 The food of this particular corner of Italy is best described by Fred Plotkin in his book La Terra Fortunata.

I met Fred Plotkin during a 5-days (nights) talks about Opera at the Smythsonian in Washington DC. I used to listen to his Metropolitan Opera international radio broadcast on Saturdays as well. I was quite surprised to find out he knew this area so well.

I also bought his books on music, which I still consult from time to time. Opera 101 and Classical Music 101: A Complete Guide to Learning and Loving Classical.

(This was besides the point, but I was just reminded of him when visiting Cividale and surroundings) 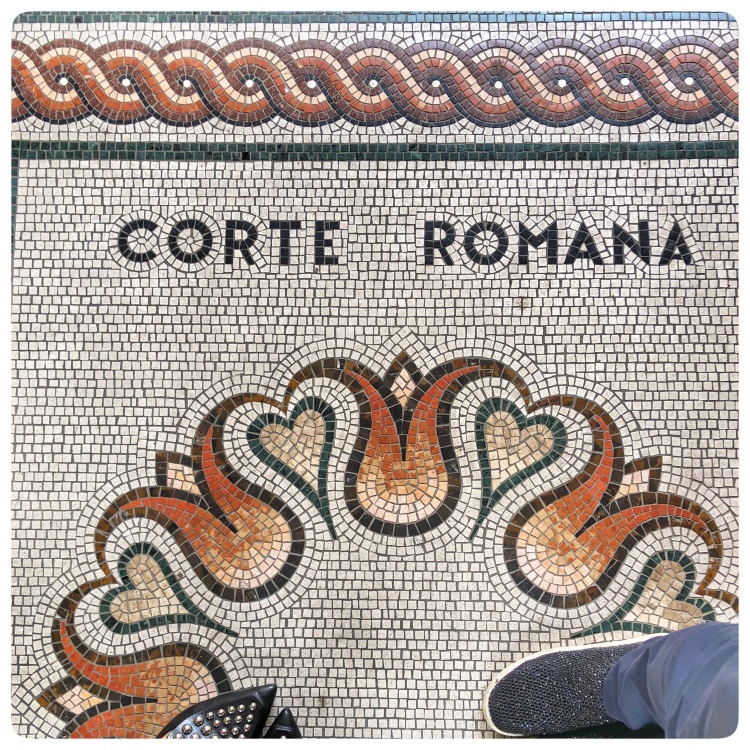 6 thoughts on “Antiquity and Food in Cividale”