Actually the first two have absolutely nothing in common!

The exhibition by Chagall (From September 5, 2018 to February 3, 2019, at Palazzo Della Ragione), provided a good excuse to travel to Mantova. We were blessed with a crisp—if cold—day with no fog! Mantova is a tricky city to visit because of its climate. Surrounded by three artificial lakes it is a tad humid; cold and foggy in winter, hot and humid in summer.

An honorable mention is due to Rigoletto too at this point. Around Mantova there are many references to the “unfortunate jester” from the Verdi opera Rigoletto, including “his house!” In reality, Rigoletto never was in Mantova, but the legend came about because Giuseppe Verdi—after visiting Mantua—decided to choose it as the location for his opera, and it is easy to see why. In Mantua there are narrow cobblestone streets where “killers” with fancy names as Sparafucile (Shotgun), taverns may be probable encounters, along with foggy rivers where to dispose of the killed.

Mantua Shows Itself Well from Afar

Upon arriving in Mantova, while crossing the bridge over the lake, the Palazzo Ducale—residence of the Gonzaga family—appears in all its prominence. Mantova is not a very big city, being once an island, then a peninsula it could never expand too much, nevertheless it takes quite sometime to visit it all. 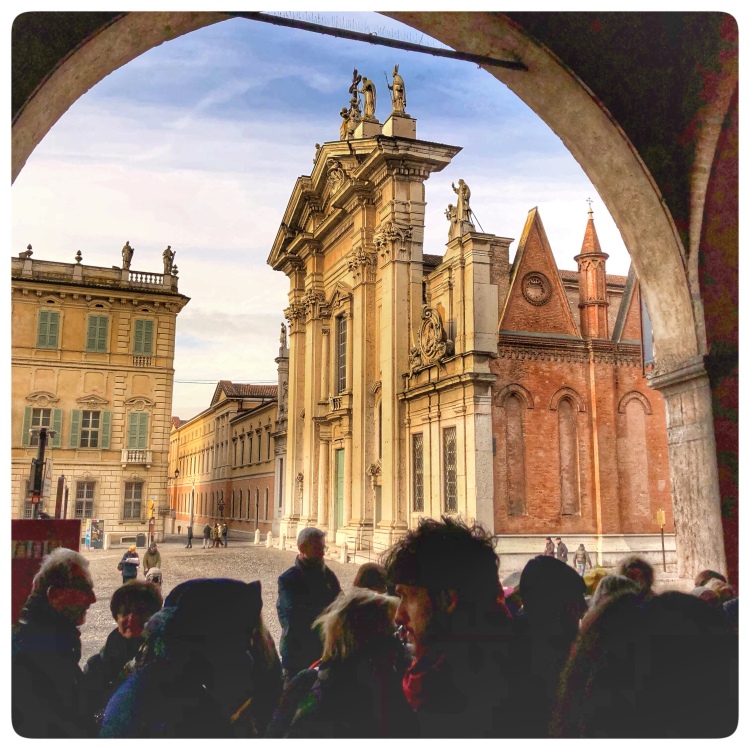 The Bonacolsi family built the Palace in 1276. However, in 1328 Luigi Gonzaga, the first of the dynasty, killed the Bonacolsi and took over the ruling of the city. The event is celebrated by a famous painting, however historically very incorrect. It wasn’t a “battle” really! 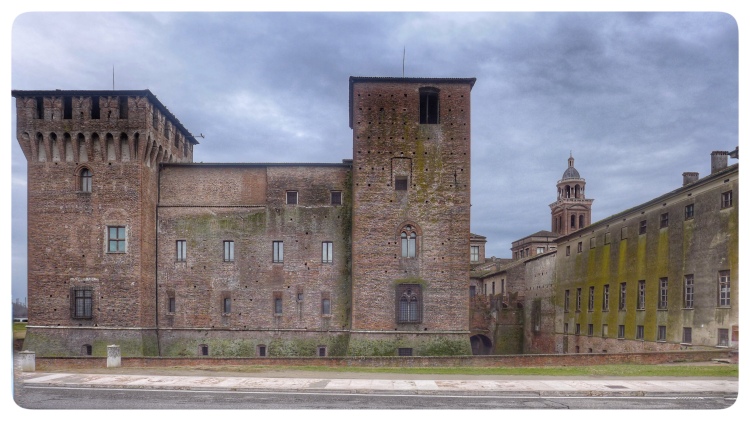 But thus began the centuries-old domination of the Gonzaga family, who reigned over Mantua until 1707. Mantua became one of the most prominent cities and one of the greatest centers of art in Europe. Pisanello, Leon Battista Alberti, Andrea Mantegna, Giulio Romano and Luca Fancelli left an indelible mark on the city’s architecture. 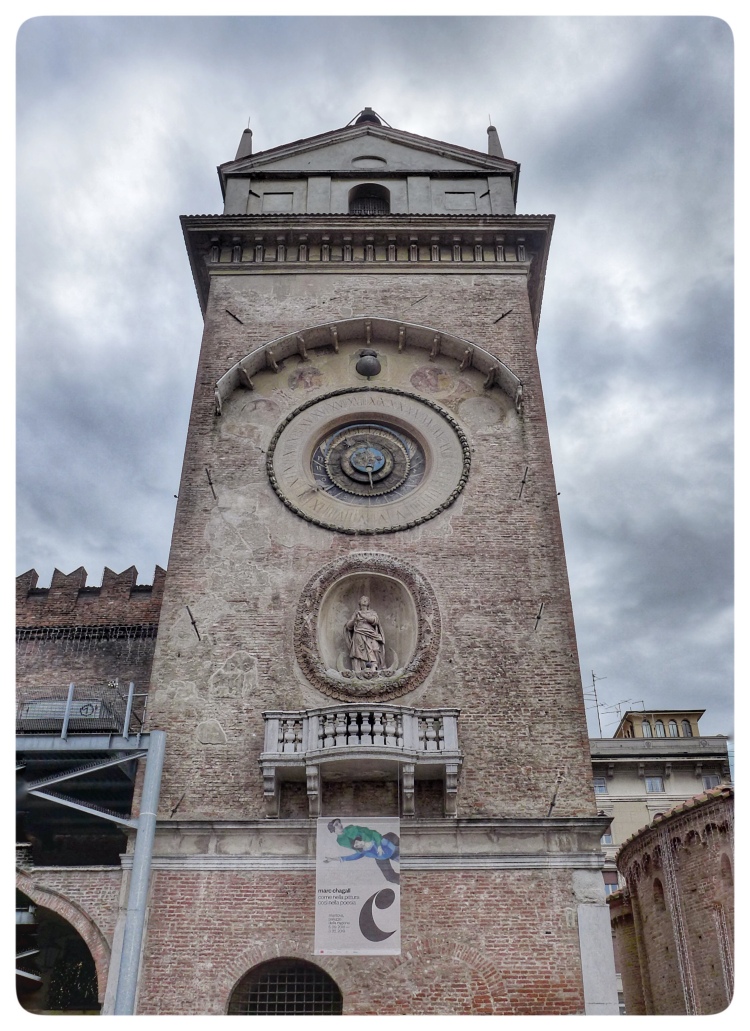 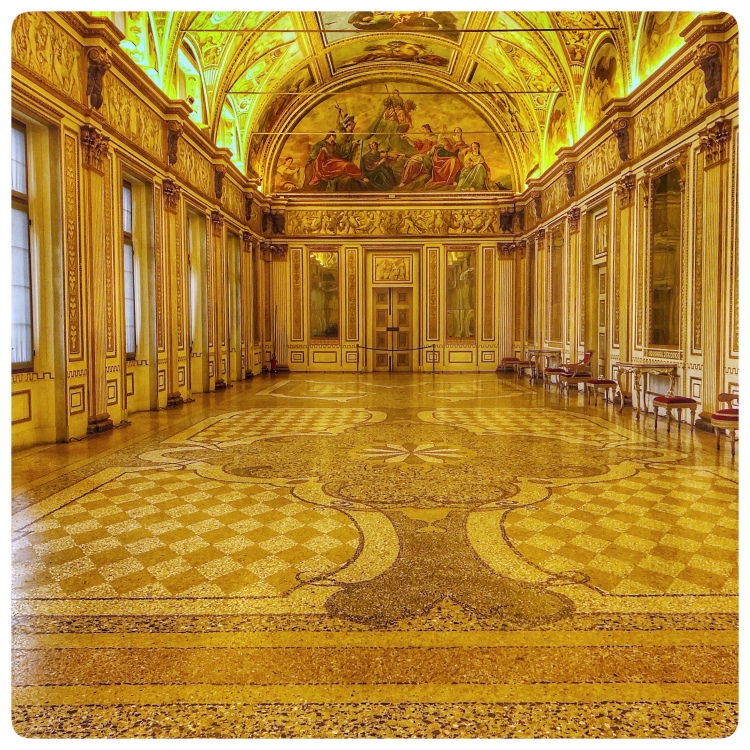 During their reign the Gonzaga dedicated considerable efforts to the Renaissance architecture and expanded the Palazzo Ducale with numerous rooms and great halls. Touring the Palazzo Ducale takes a considerable amount of time (and they are pretty cold in winter!). The slow decline of Mantua began with wars of succession, and the plague in 1630, accompanied by the decline of the Gonzaga seigniory which, in 1707, left the city in the hands of the Austrians. 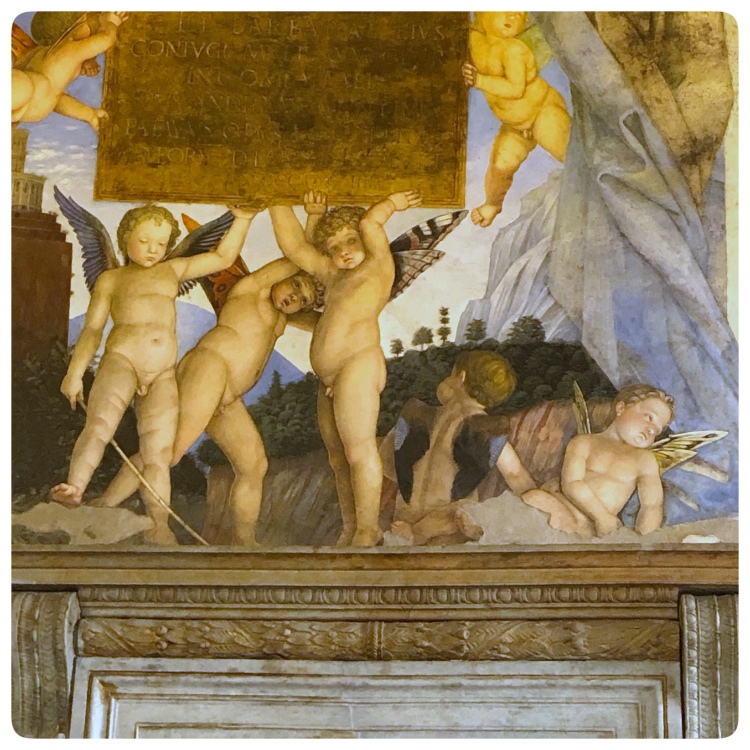 This impressive building houses the “Camera degli Sposi,” [room of the newlywed], decorated with frescoes by Andrea Mantegna, here we can admire the entire family of Ludovico and his wife Barbara. The original architectural features of the room include the triple vaults on each wall, a fire place on the north wall, doorways on the west and south walls, and windows on the north and east wall. Painted between 1465 and 1474, The Camera degli Sposi became well known shortly after its completion as a masterpiece in the use of both trompe l’oeil and di sotto in sù.

The Basilica of Sant’Andrea

The Basilica of Sant’Andrea is one of the major works of 15th-century Renaissance architecture in Northern Italy. Commissioned by Ludovico III Gonzaga, the church was begun in 1472 according to designs by Leon Battista Alberti on a site occupied by a Benedictine monastery, of which the bell tower (1414) remains. The building, however, was only finished 328 years later. Though later changes and expansions altered Alberti’s design, the church is still considered to be one of Alberti’s most complete works. The church is accessible by Piazza Leon Battista Alberti and Piazza Mantegna, and hosts the tomb of Mantegna. 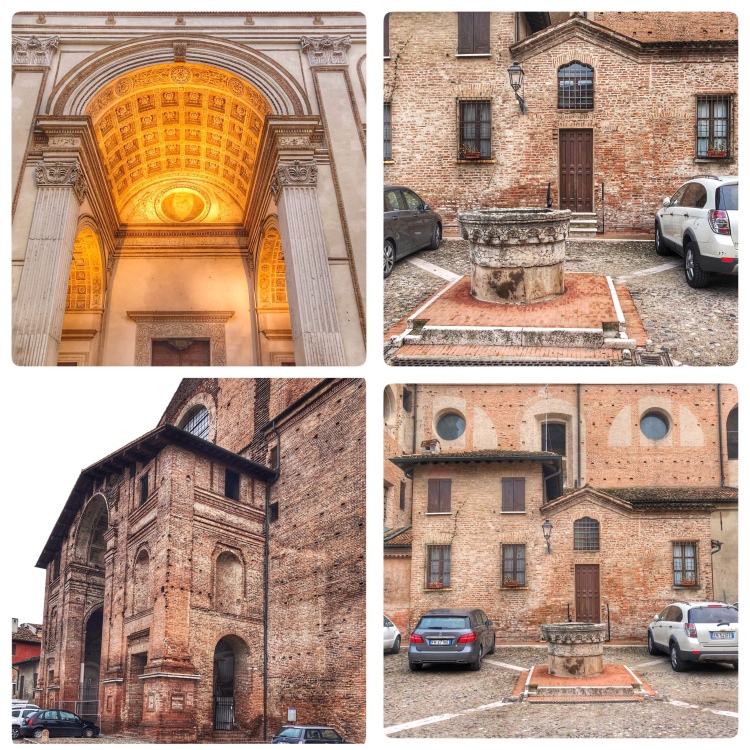 The purpose of the new building was to receive the pilgrims who visited it during the feast of Ascension when a vial, that the faithful argue contains the Blood of Christ, is brought up from the crypt below through a hole in the floor directly under the dome. The relic, called Preziosissimo Sangue di Cristo (“Most Precious Blood of Christ“), is preserved in the Sacred Vessels, according to the tradition was brought to Mantua by the Roman centurion Longinus, who had scooped up the earth containing the blood.

To Believe or Not to Believe

Well…, there are DNA tests today’s day! But the church may be reluctant to open such a can of worms. Besides it is very personal and I won’t argue on that territory. However, in those days Roman Centurions after retirement recieved some land and Mantua was not a prime location back then, hence a probable location for a former centurion. The “scooped” earth was kept by the Benedictine Monastery at first, but as it started to gather fame and pilgrims arrived in Mantova, Ludovico Gonzaga saw it as yet another source for new riches, and therefore commissioned the Basilica to Leon Battista Alberti who was the most renown architect of theat time.

It is easy to find a nice spot where to eat, as everything is within walking distance. Once settled on the menu there will be many traditional dishes, some of which date back to the Gonzaga times.

This is only part I of Mantova. There is more to come.