Nothing is the authentic Venetian soul more than this Caffè: tradition, hospitality and elegance since 1720, is among the oldest historic rooms in Italy and retains the charm that made it famous throughout the world. 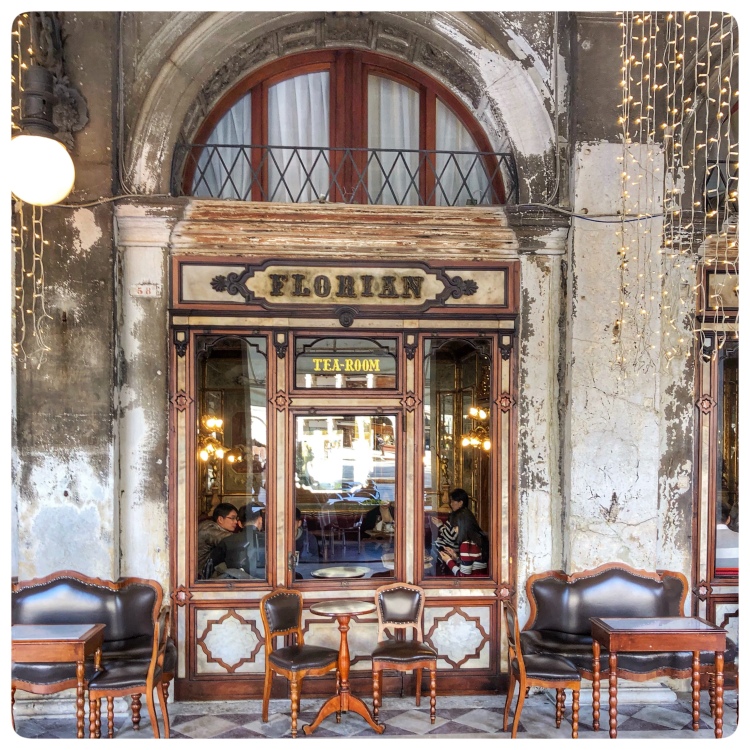 Caffè Florian should be the very first one to be listed of all the Gran Caffè list of Italian cities; it is a historic café in the city of Venice, located under the porticos of the Procuratie Nuove in Piazza San Marco. 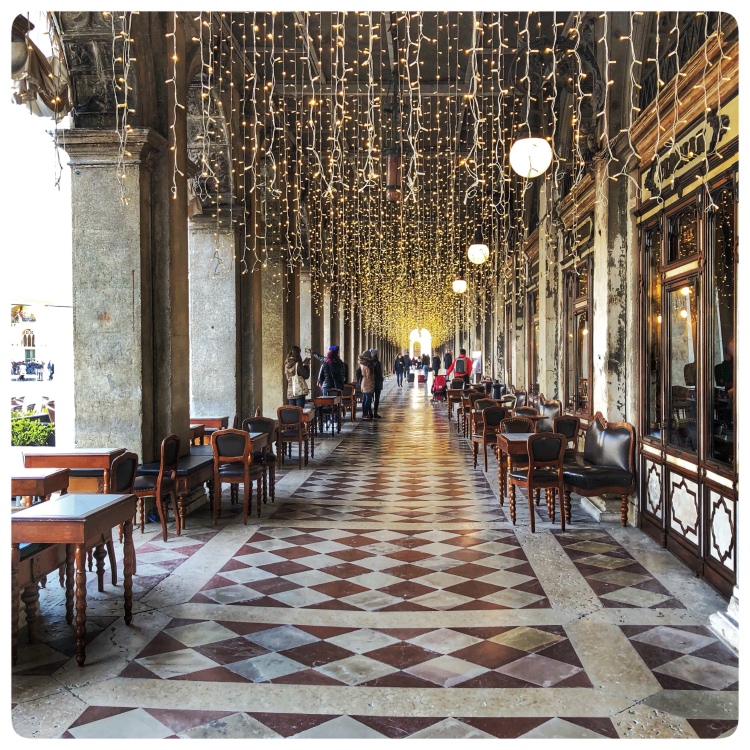 The Florian is a great place for lovers of culture and history. Maybe it’s not the coffee that drive customers crazy as the experience of living a moment of eighteenth-century atmosphere. At the Florian, I feel like entering on tip-toe, the main doors seem so fragile that I was even afraid of un-hinged them if I pushed too much. 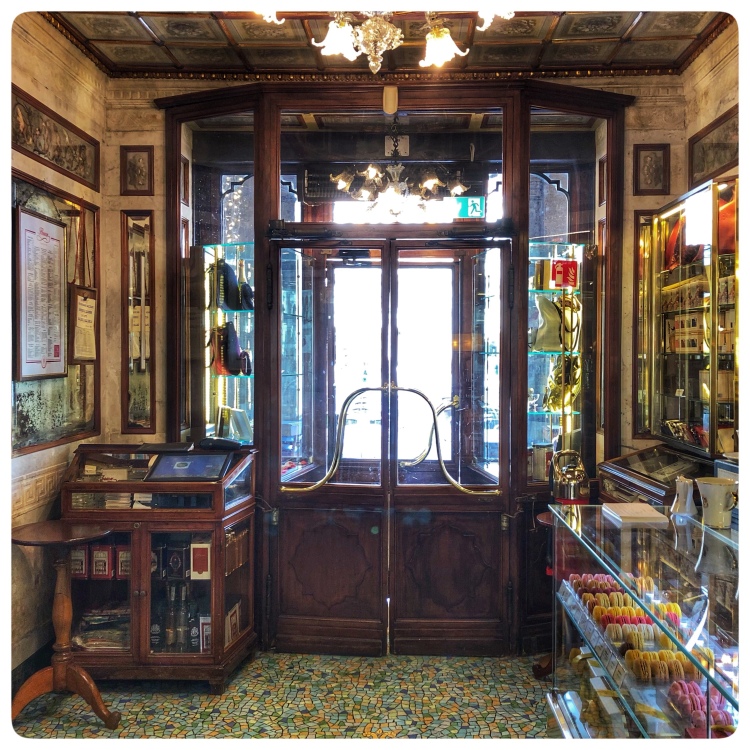 It is the oldest Italian Caffè and, together with the “Café Procope” in Paris, the oldest Caffè in the world. It was inaugurated on December 29, 1720 by Floriano Francesconi with the name of “Alla Venezia Trionfante,” but immediately the Venetians simply said “we go to Florian“, from the name of the owner in the Venetian dialect. Since then it has continued its daily activity of Caffè uninterruptedly, becoming a favorite destination for Venetians, Italians and foreigners.

Among others, Carlo Goldoni, Goethe and Casanova were its first visitors. I understand why. Probably not everyone knows but Caffè Florian was the only Caffè that allowed women to enter at that time. Later on, Lord Byron, Marcel Proust and Charles Dickens were frequent visitors, along with famous visitors that have left their trail: Wagner, Stendhal, Wolfgang von Goethe, Shelley, Nietzsche (and so spoke Zaratrustra…), Jean-Jacques Rousseau. 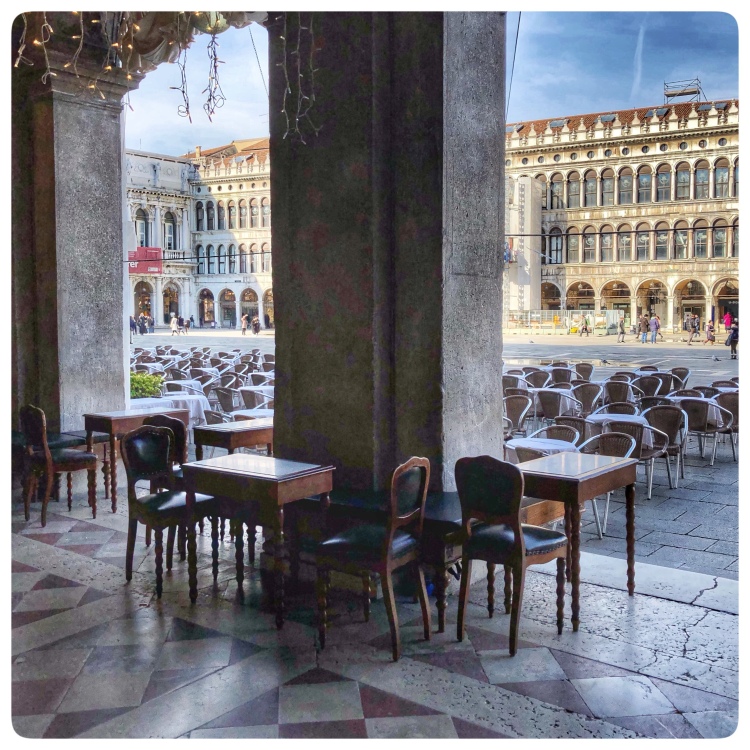 In the rooms of the Florian it seems to relive times gone and not difficult to fantasize about the conversations of the illustrious visitors who preceded us, a fascinating atmosphere to which also contribute the beautiful rooms where lights, mirrors, precious woods and decorations make each room a kind of museum where history continues to live.

There are different rooms or “halls” (although they are rather small to be called Hall in my view); the Hall of Seasons, the Hall of Illustrious Men, the Hall of Mirrors, Chinese Room, and the Senate Hall. 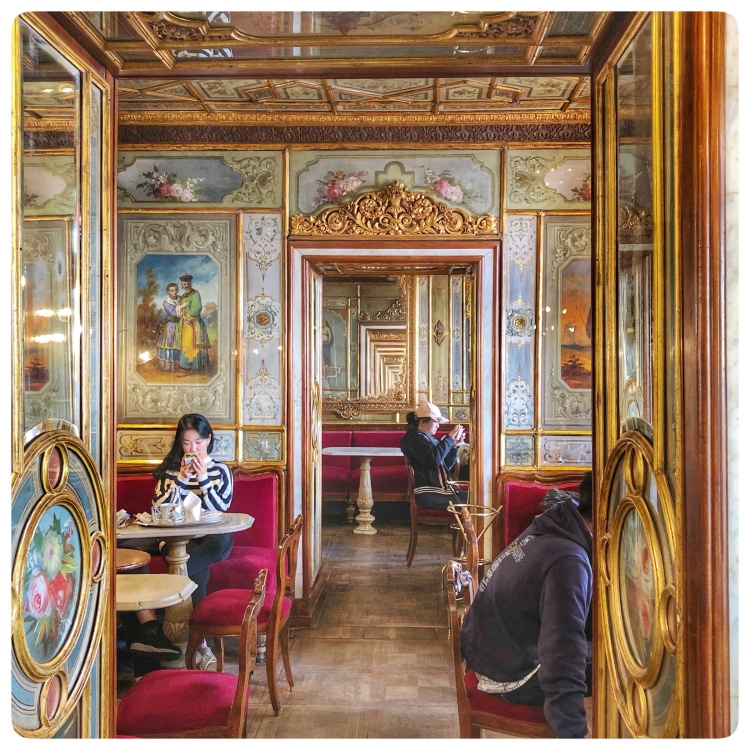 Please note as everyone is busy checking his/her cell phone not the Halls! 😉 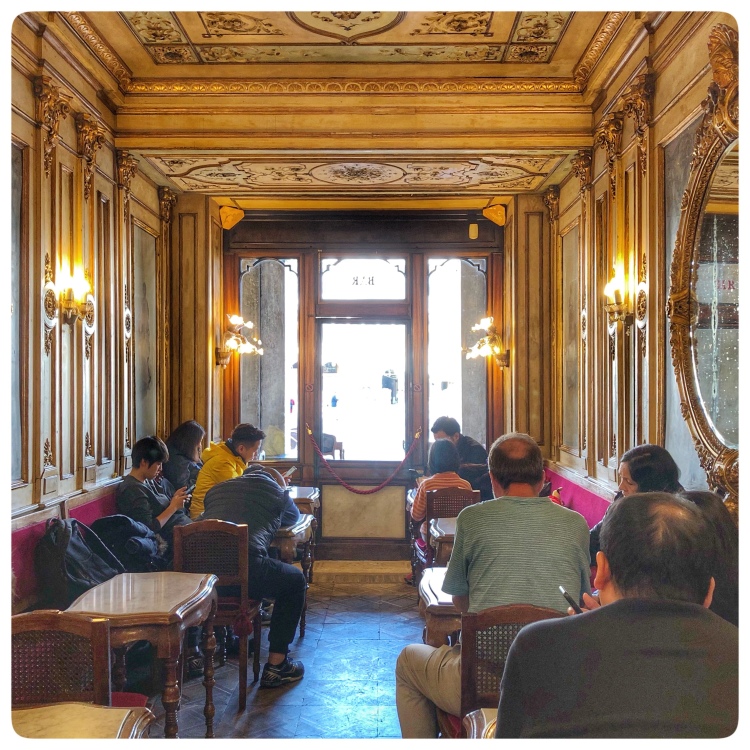 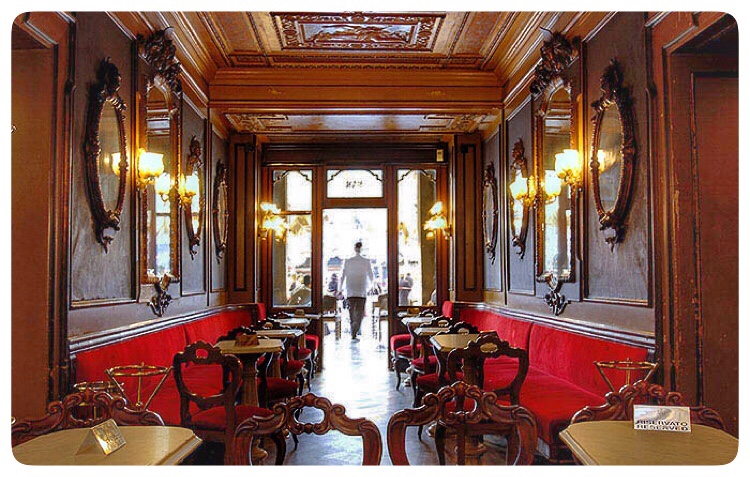 At the Florian you still come today for aperitifs to sip outdoors and for the orchestra playing creating a particularly romantic atmosphere. Although there is fee for music too, and the prices are already steep, but hey! Choose your timing carefully, win a chair and stay there until you feel you have your money’s worth. 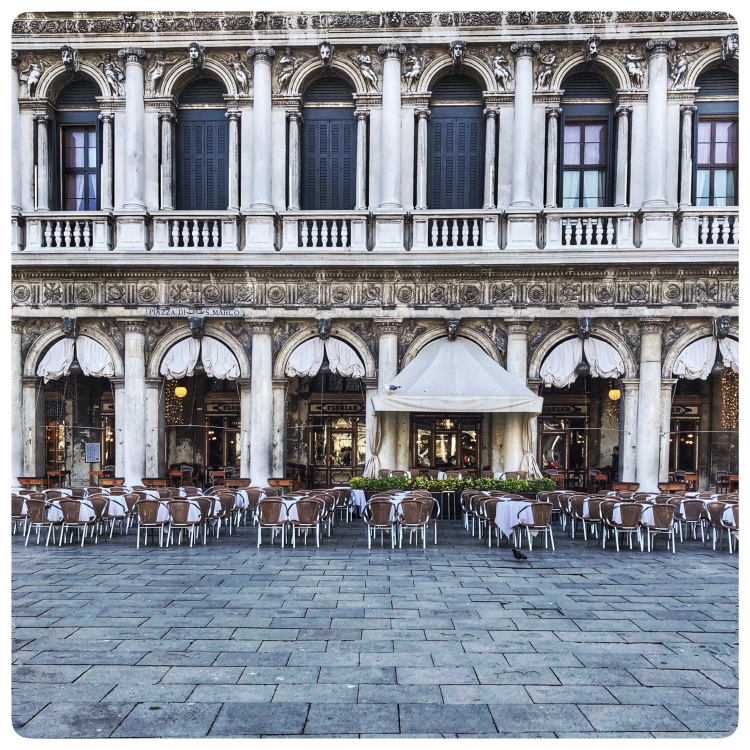