While visiting Venice going to a department store maybe is not the best of ideas, but I wanted to see how the Fondaco Dei Tedeschi was restored and repurposed. 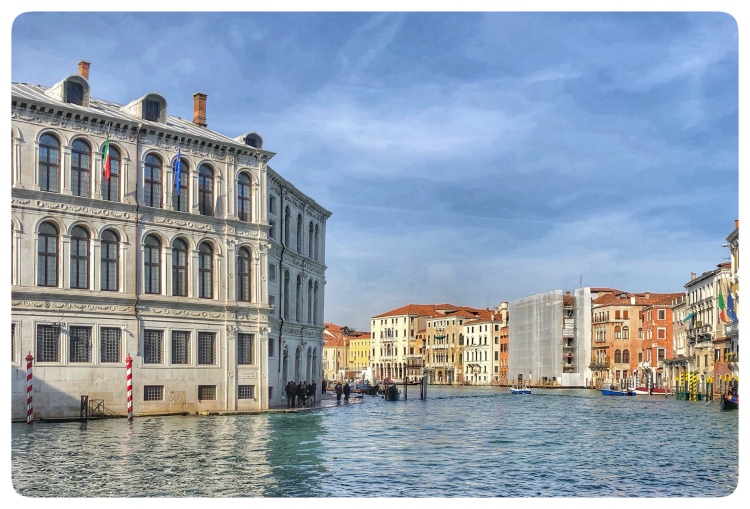 A Warehouse for the Germans

The Fondaco dei Tedeschi (Venetian: Fontego dei Tedeschi, the word  is of Arabic origin meaning “store-house”), is a historic building  on the Grand Canal just next the Rialto Bridge. 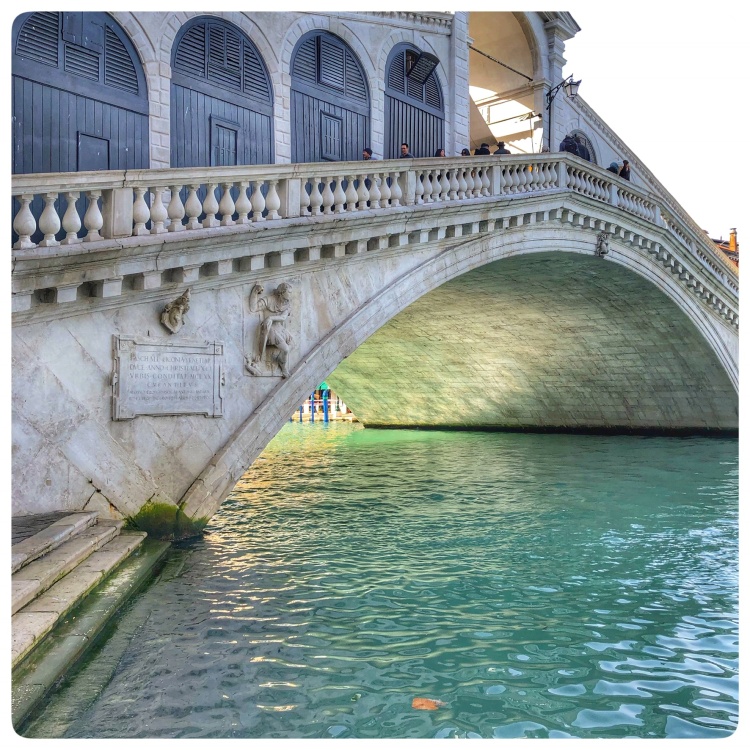 First constructed in 1228, the building was rebuilt between 1505 and 1508, after its destruction in a fire. The reconstruction produced a very functional four-floor building which surrounds a grand inner courtyard. Its architecture is typical of the Italian Renaissance style. Fondaco dei Tedeschi combined the functions of a palace, warehouse, market and restricted living quarters for its population, in this case mainly Germanic merchants from the cities of Nuremberg, Judenburg and Augsburg. 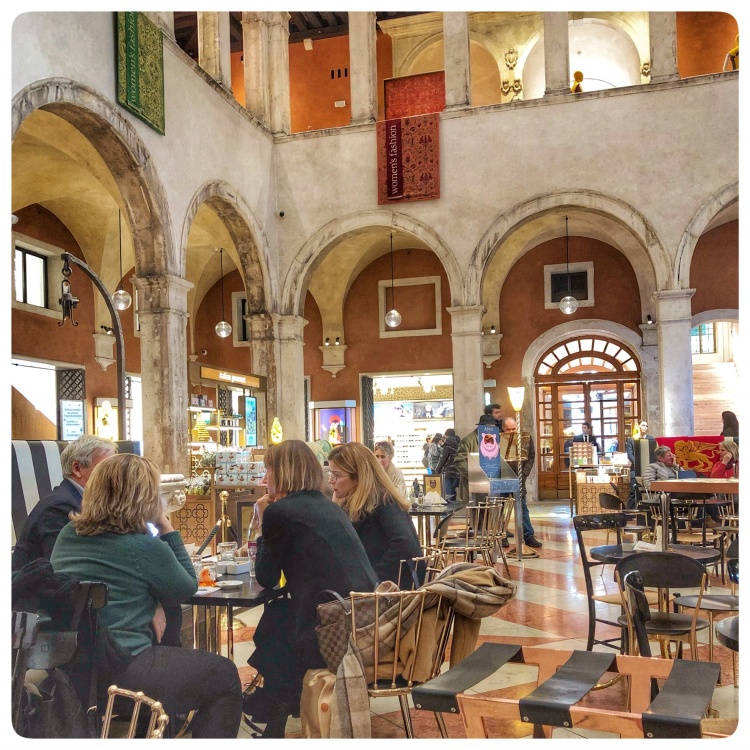 The façade has, at the lower floor, five large rounded arcades which enclose a portico where once the goods were unloaded from the Canal Grande. The second floor has a long row of double and single mullioned windows which, at the upper floors, are paired by smaller quadrangular windows.

Around 1508, the façade on the Canal Grande was frescoed by Giorgione and Titian. All of its artwork mostly disappeared because of humid climate and salty water. 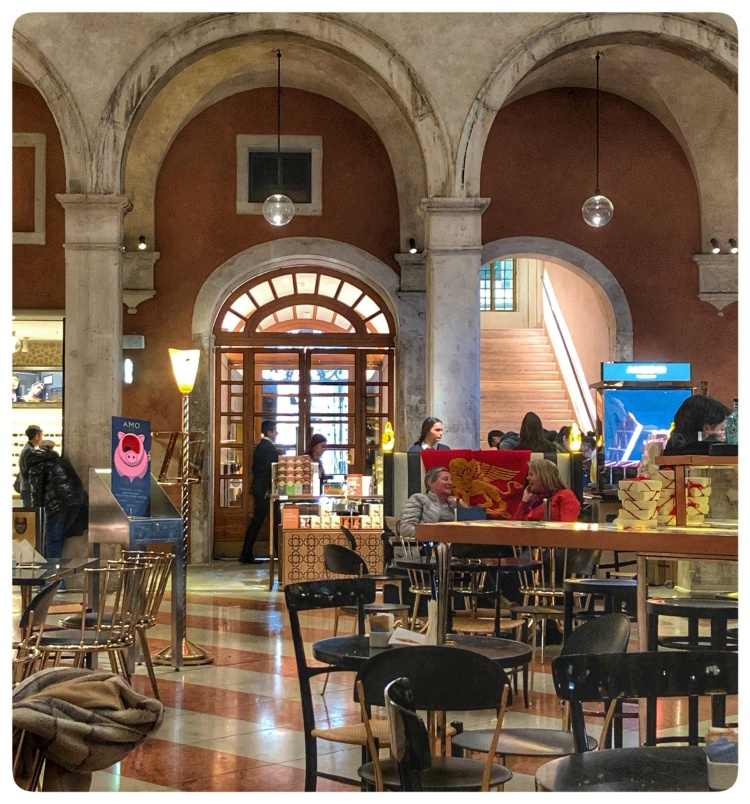 “No weapons, no games, no prostitutes. For the rest, you are free to trade “

These strict rules engraved in the marble at the entrance of the building and imposed by the Venetian Republic of Venice from 1200 onwards to merchants from Germany and Northern European countries in search of spices and dyes for their rough wool.

And so it should be today!  The ancient Fondaco dei Tedeschi has returned to its original function of vital and animated commercial emporium, in the splendor of the restoration signed by the Dutch architect Rem Koolhaas (traces of the architectures of the different historical periods have been preserved and highlighted on the walls ) in the heart of Venice. 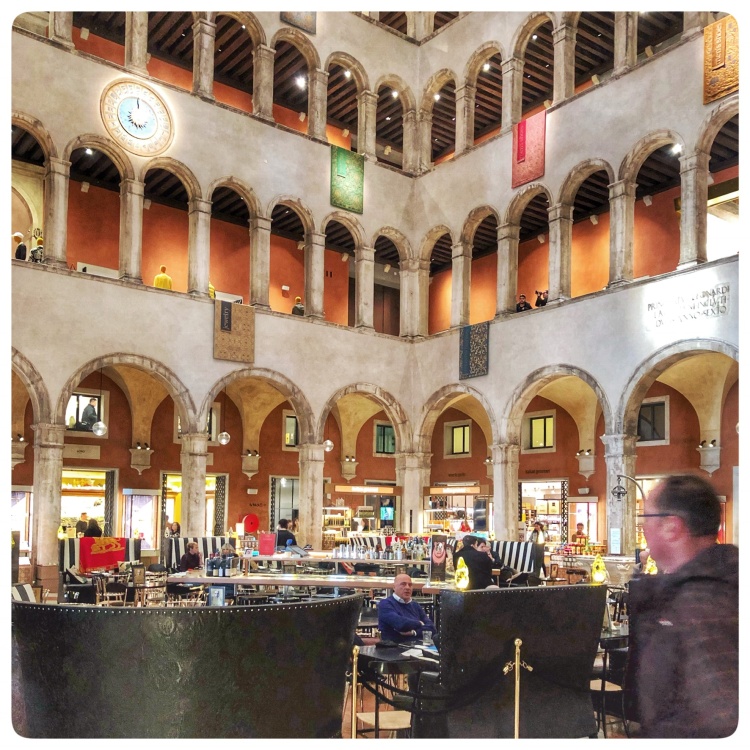 The imposing internal courtyard is overlooked by elegant four-story loggias set up in a luxury department store, mostly made in Italy, complete with escalators. On the ground floor there is a large space and a great visibility to the great Venetian craftsmanship next to the coffee and the restaurant signed by the Paduan chef Massimiliano Alajmo. The prices are…, well “Venetian” too, but for a quick snack, or aperitivo they are less shocking than at the Florian.

It’s worth a visit, and not necessarily for shopping only. 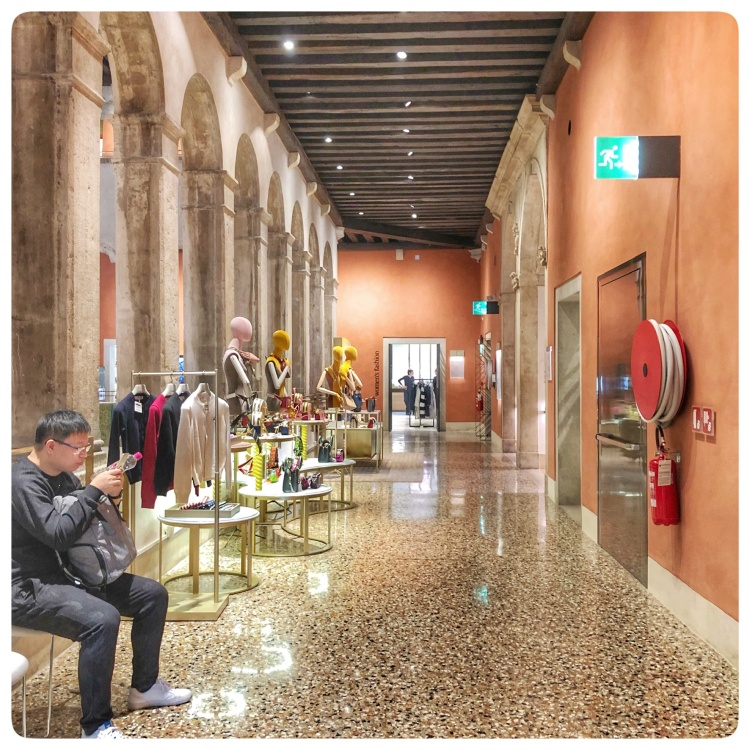