They were always popular in my family because my maternal grandmother family was from those areas, a pretty common thing back then in Northern Italy to be half-and-half. I always loved them, simply made or in broth they were my “confort food,” but also the “there-is-nothing-to-eat” food occasionally.

In Germany they are served as a side dish for game dishes and meat rich in gravy, but in Italy they are a first course often seasoned with fresh cream or melted butter. There is no shortage of examples of the uses of Spätzle in broth. 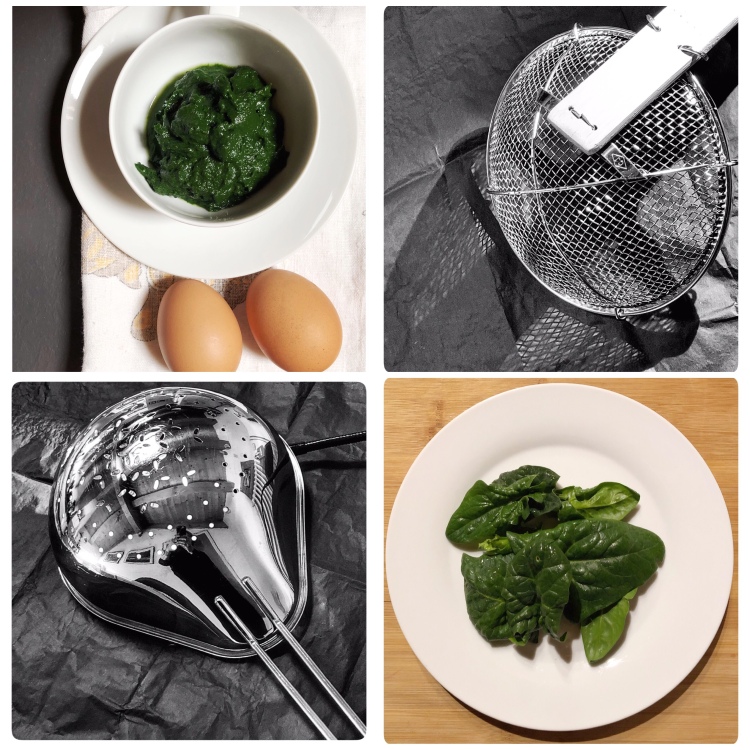 The method of preparing Spätzle remains constant beyond the “cutting” techniques and the ingredients with which they are composed: wheat flour, wholemeal flour, eggs, spinach, ricotta, herbs or red turnips.

Depending on the location and shapes, this dish is called Knöpfle, spätzlâ, spatzâ, Spätzli (Switzerland), Spatzen, Spatzln (Alto Adige) or Tyrollean gnocchetti (Trentino).

Tyrollean gnocchetti are very popular now, and can be found ready made in supermarkets around the country. All is needed is to sautée them with speck, pancetta, or prosciutto, and serve them adding butter and cheese. But to make them at home is so easy that it is not really worth buying them ready. Moreover, when I’m used to a food home-made I find the store bought to always carry an after taste of “preservatives” which I dislike. 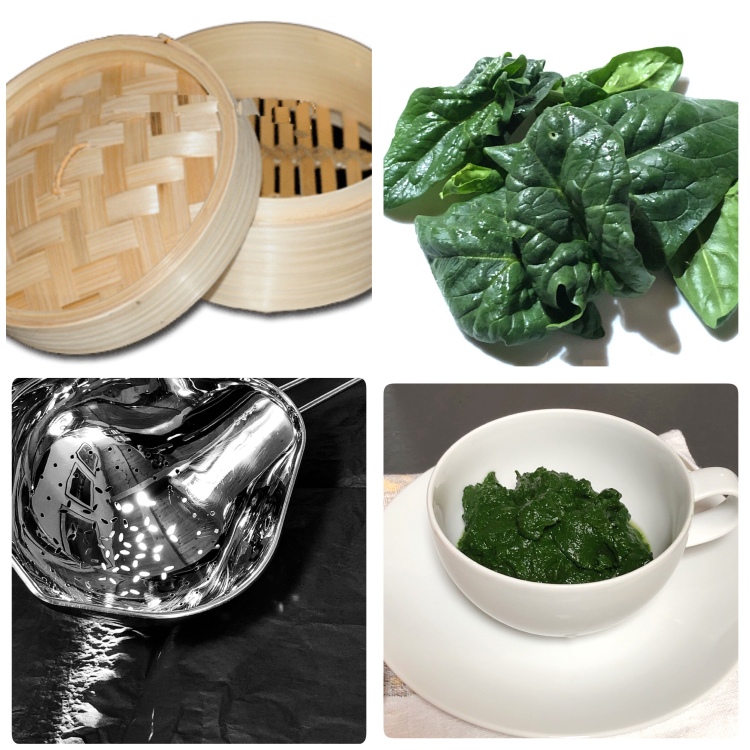 Ingredients for Tyrollean Gnocchetti with Spinach

Start with the spinach: first wash and you cook the spinach leaves. I always us the Chinese basket for this purpose, my leaves are steamed, not boiled. It will take 5 minutes and a little salt. After which they must be put in a blender, blend until its creamy.

In a bowl add the flour to the spinach slowly while mixing, adding a pinch of salt and the nutmeg.

At this point my recipe differs from most others because–instead of water or milk–I add two eggs to the mix, and stir well. The amount of flour, however, depends from personal preferences. Whether one prefers them thick and firm, or more soft. I go easy on the flour, I find that less flour makes them more digestible.

To cook them, proceed like for regular gnocchi by bringing a pot of salted water to a boil. Best if rather larger than tall. That way it will be easier to scoop them up when ready (when they raise to the surface).

Since I do not add much flour, my mix is rather fluid. To drop them in the water I either use a teaspoon and drop little dumplings into the boiling water, or like in this case, I drop the mix thru a colander.

Sautée them in a pan with a little butter and either speck or prosciutto (I did it with prosciutto).

Serve them immediately with some grated cheese on top.