Not far from Gorizia, there is a Castle perched on a lovely hill, well visible from afar—at least in winter—that is where I went for lunch after visiting the Gorizia Fortress.

The castle of San Floriano was part of the defensive system that included the fortresses of Gorizia and was involved in the seventeenth-century war fought between Venice and the Austrian empire.

This Castle known since the XI century, became a fief of the Ungrispach family and, from 1520, of the Vinciguerra Formentini, an ancient noble family from Cividale to whom it still belongs today.

During the eighteenth century, its military importance came to an end, in 1860 it was transformed into a residence by Baron Giuseppe Formentini, whose descendants still own the property. However, only some ancient sections of walls remain, the northern entrance and two towers. 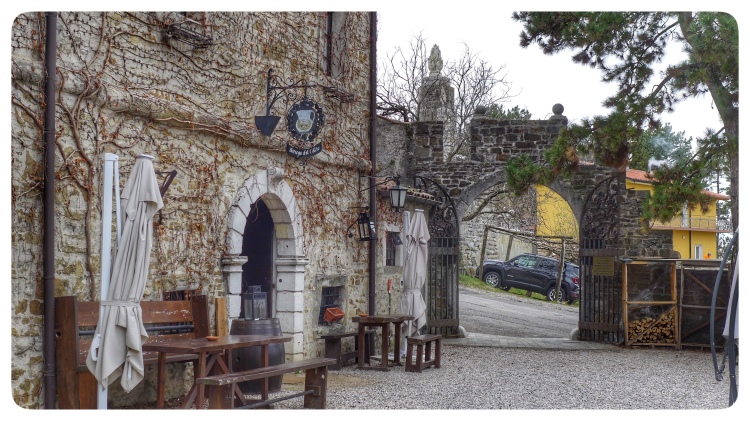 Lunch was held on a big room, very Medieval-looking. There was even a jouster entertaining the guests. I believe they also serve Menus Medieval-themed dinners, with candelabra and other memorabilia. The location is in high demand for weddings as well. From the spring on, it must be quite a lovely place where to be for weddings and/or simple day out in the hills. 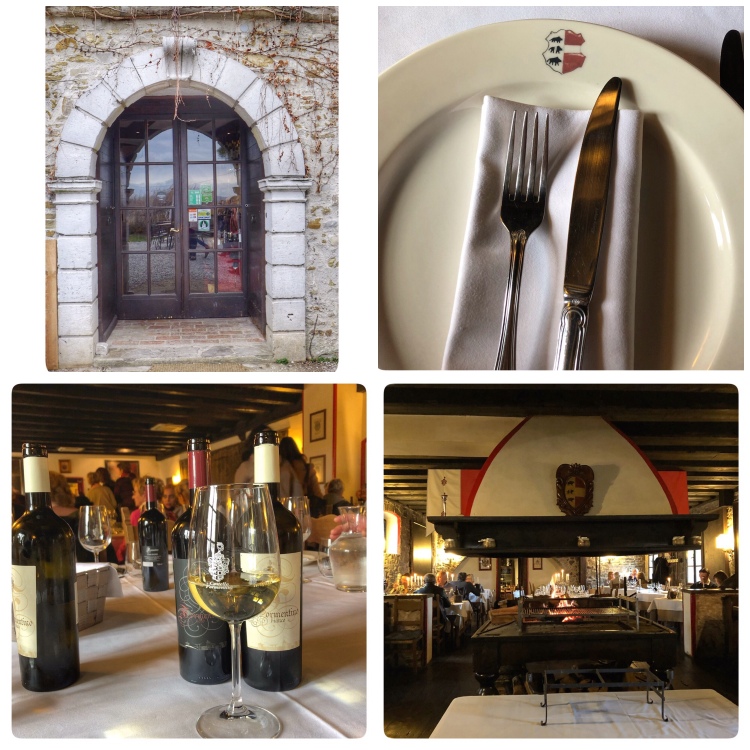 The castle of San Floriano restored after the serious damage suffered in the two wars, constitutes one of the most equipped tourist complexes of the region, with hotel, restaurant, Golf Club, swimming pool.

The farm of the Formentini counts is also part of the farmhouse annexed to the castle, which since 1987 has housed the Wine Museum with agricultural tools and finds relating to viticulture, winemaking and product preservation, complete with documents and material regarding the centuries-old tradition of wine-making from the area called “Collio of Gorizia”, so famous from its white wines particularly.

A specialized library is reserved for scholars of the subject and collects over two thousand volumes on viticulture and oenology.

4 thoughts on “From Castle to Castle: Formentini Castle”