If you love art, culture, nature and good food, then Ferrara is for you! This magnificent city has preserved its great prestige of the Este Dynasty period over the centuries. It is in fact to the D’Este family (Estensi in Italian; Este is a small town on the near-by Veneto region from where the family came before claiming Ferrara), a large family of eccentric and cultured patrons, that we owe the ambitious urban project which transformed Ferrara from a medieval citadel into a true Renaissance work. The great cultural season of the Este family began in 1391 with the founding of the University and grew to the point of bringing the Estense Court to the highest European levels. 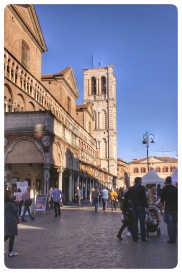 The historic center is one of the best preserved examples of a medieval city, dotted with numerous monuments, churches, cloisters, large green spaces, historic streets and palaces, starting with the Estense Castle. Built by Niccolò II d’Este in 1385, the Castle was a brick defensive fortress with a square plan, with four towers and surrounded by a moat filled with water. During the lordship of Ercole I d’Este, the castle became the residence of the court and was enriched with elegant balconies, another floor covered by a sloping roof, while the towers were refined.

It is an imposing fourteenth-century Castle, symbol of power and balance of one of the most important and enlightened European lords, the Estense Castle stands as a representative of the city of Ferrara, with its imposing walls, the deeds, the love plots and the whims of innumerable characters that marked the history of the Estense family. 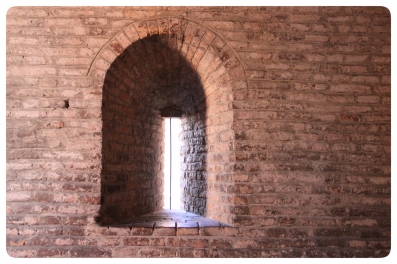 From the medieval quarter, the original nucleus of the city, with its narrow and characteristic streets and the splendid Cathedral [currently the facade is covered for restorations and the interior is closed to the public 😦 ], we move on to the spacious Renaissance architecture, maximum expression of the Este revolution, where there are wonderful palaces built as residences of the lords and today intact in their narration: above all Palazzo dei Diamanti, Palazzo Schifanoia [temporarily closed for earthquake-proof construction works] and the Palazzina Marfisa d’Este. 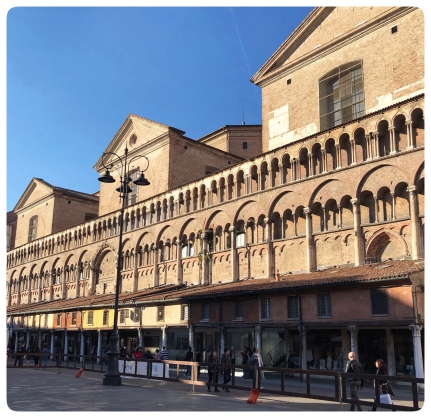 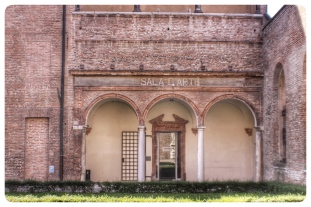 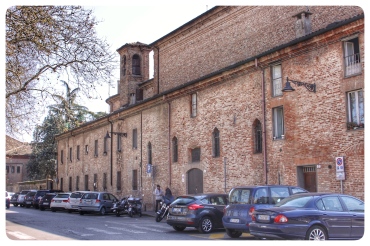 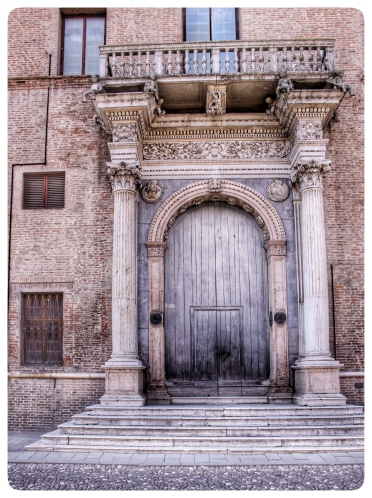 Diamonds Palace deserves more than a mention. This beautiful building facades are covered with more than 8,500 marble blocks that make up its ashlar, the Palazzo dei Diamanti is one of the most famous Renaissance buildings in the world. Designed by Biagio Rossetti, the palace was built on behalf of Sigismondo d’Este, brother of the Duke Ercole I d’Este, starting from 1493.

The building was purchased by the Municipality in 1832. This splendid Palazzo dei Diamanti today houses important and prestigious temporary exhibitions. From Gauiguin to Chardin, from Chagall to Mirò, passing through Boldini, Picasso and Monet: there are so many internationally renowned artists hosted over the years within the walls of the building that annually gives life to a couple of very important exhibitions.

On the ground floor there are the spaces used for important temporary exhibitions, organized by Ferrara Arte, and the Galleries of Modern and Contemporary Art of Ferrara, while on the first floor the building houses the National Picture Gallery Ferrara, which preserves a historical-artistic collection of exceptional value.

Jewish Quarters and Via delle Volte

Walking thru the Jewish Quarters and Via delle Volte in Ferrara means taking a journey into the medieval past of the city. A unique context full of history, charm and magic. This narrow, cobbled street is a real monument, a sort of open-air museum, an unmissable stop for any tourist visiting the city. 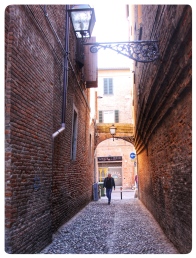 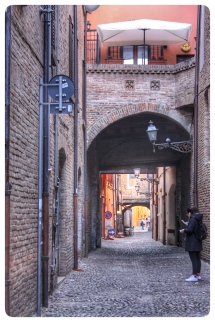 “City of bicycles” par excellence, where cyclists rule the streets. Hundreds of kilometers between city and province created for the pleasure of cycling. The most evocative bike lane is the one that runs through the city walls, which surrounds the historic center for nine kilometers (5.5 miles), the most impressive defensive systems of the Middle Ages and the Renaissance. 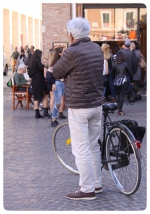 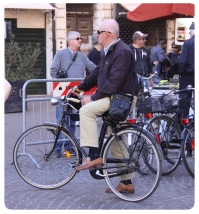 Next to the Cathedral is the characteristic local “Al Brindisi” which, attested as far back as 1435, is the oldest wine shop in the world, frequented by the likes of Tiziano Vecellio, Nicolò Copernico, Torquato Tasso and Ludovico Ariosto. Apparently, they liked their Happy Hour too! Destination sought by tourists, but also frequented by the inhabitants of Ferrara, it is a must for those in Ferrara, not only for the chance to taste excellent dishes of the local tradition but also and above all for the wine variety proposed.

Giorgio Bassani (4 March 1916 – 13 April 2000) was an Italian novelist, poet, essayist, editor, and international intellectual, set his entire narrative works in Ferrara. It is enough, in fact, to read some pages of his most famous novels to find streets, alleys and squares that belong to the everyday life of the city but acquire, at the same time, a very particular meaning. From the Synagogue (not open to the public) to the mythical “Garden of the Finzi-Continis” at the center of his most famous work.

The Garden of the Finzi-Continis, and the unforgettable 1970 Italian movie by Vittorio De Sica, where we can still admire Ferrara as it was and still is. 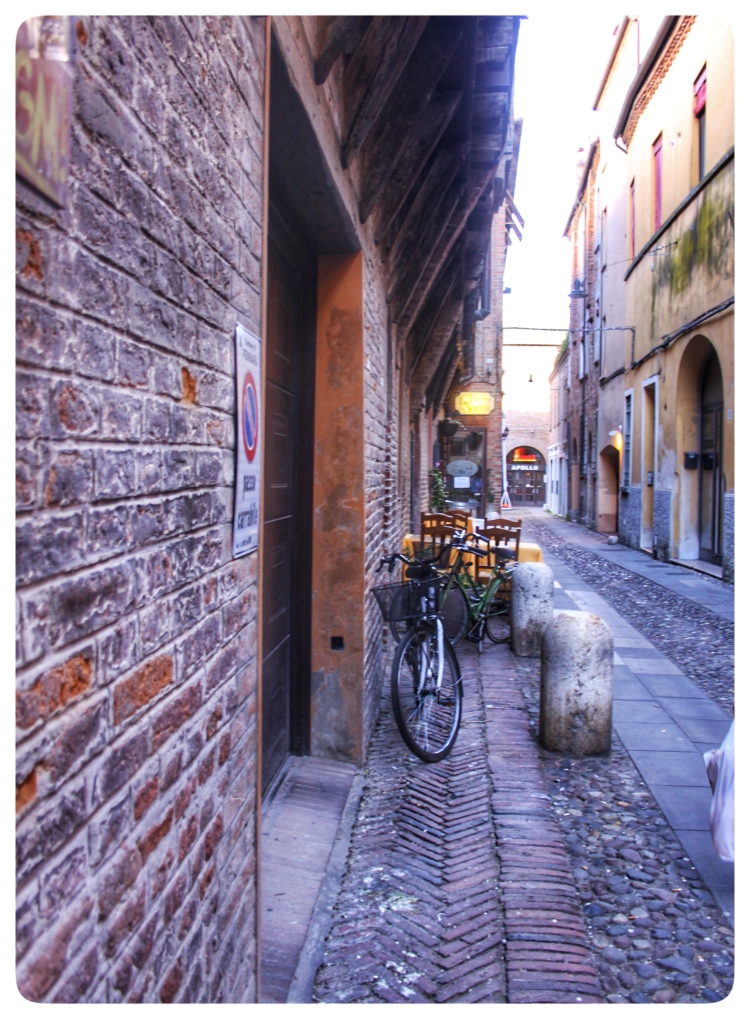 2 thoughts on “The Many Reasons to Visit Ferrara”