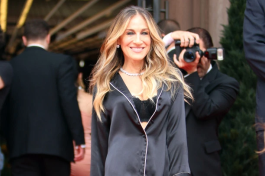 In 2015, model Shlomit Malka became the face of Intimissimi. She led the company’s international advertising campaigns until she was replaced in 2017 by Dakota Johnson. These days Sarah Jessica Parker became the Intimissimi person in a series of “Sex & the City style” commercials for the TV.  In October 2017, Intimissimi opened a 500-square-foot store on New York’s Fifth Avenue.

But what is the big deal about it? It is the fact that they recycles one’s old “unmentionables,” for every five pieces of old intimate things (even your old grandma’s) they give a 5 euros coupon towards something new and more sexy!

2 thoughts on “The Joys of Recycling♻️♻️♻️”