A New School of Fashion

By the end of World War II, Italian fashion artists understood the desperate need for more accessible, comfortable, and yet equally refined and tailored collections.

Roberto Capucci (born December 2, 1930 in Rome) is an Italian fashion designer. He created unusual, sculpted dresses in original materials, bewitched the fashion world and has, since his debut, been featured in shows representing most talented and renowned designers.

I happened to see an exhibition of Capucci’s most stunning creations. The exhibition “The Flower Atelier”, thanks to the Roberto Capucci Foundation, can be seen in Gorizia until the end of May.

The exhibition is the meeting between a talented photographer and Capucci’s creations of silky velvets, satins and taffeta. A chance encounter of two very similar artistic sensibilities, but two different expressions. 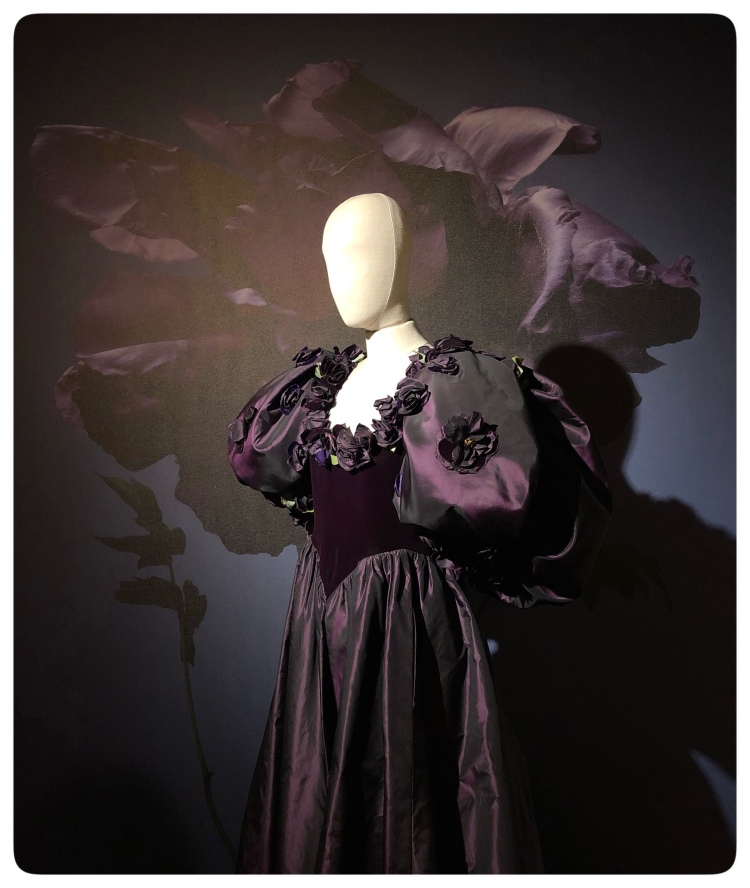 Roberto Capucci has often drawn inspiration from flowers and gardens, calling his creations with obvious names, such as ”Rose Bud,” ”Calla,” “Tulip” or “Bouganville,” and pursued with obvious affinities of form.

Other times the flower settles on the surface of the dress, dotting the entire garment (Primavera, inspired by Botticelli) or a part, like the bodice of a poetic wedding dress, or maybe details, like the neckline and sleeves of the sumptuous purple evening dress.