Liguria is a crescent-shaped region in northwestern Italy that stretches from Tuscany to France. The coast, right on the Mediterranean Sea is known as the Ligurian Riviera. 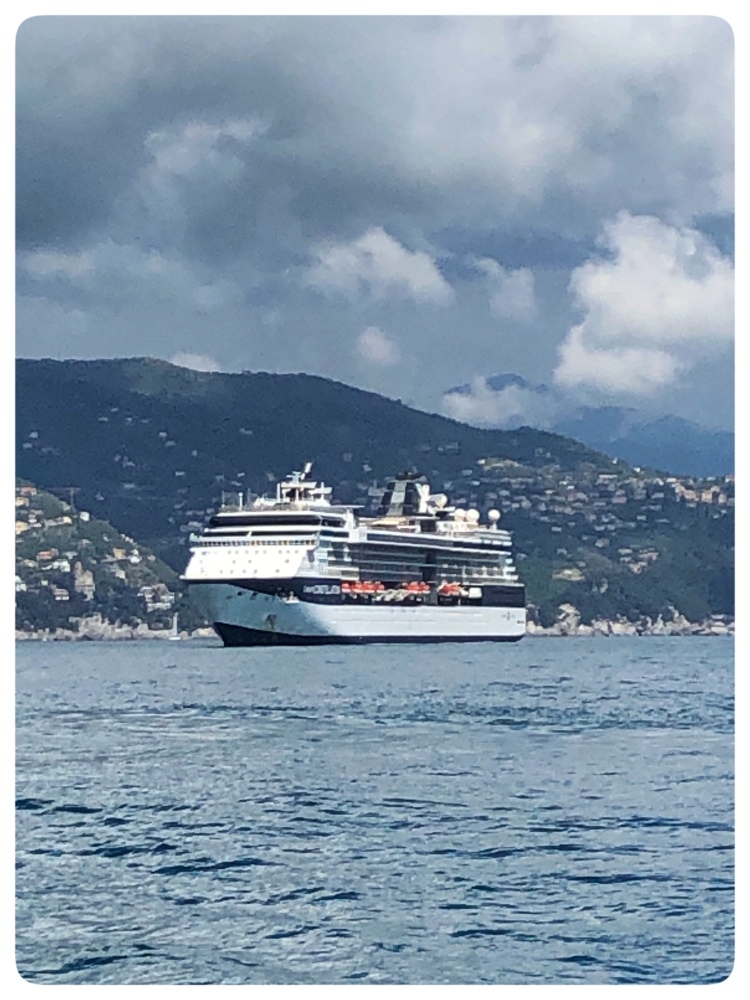 The hills just beyond and all along the coastline protect this area from the cold of winter, maintaining the temperatures around 45-50F in winter and around 73-75F in summer. This region therefore becomes a pleasant stay even in the dead of winter.

And that is one of the reasons why this area became so popular.

The economy of Liguria is based on three productive sectors: quality agriculture, with specific productions and with particular control guarantees; farming (inland); and fishing along the coasts.

Fruit, olives, and above all flowers are produced. The floral cultivation corresponds to about half of the entire national production; it can be noticed while visiting the small towns scattered along the coast, and even the highway A10 was named “Autostrada dei fiori” (the Highway of Flowers).

Agriculture mostly includes fruit and vegetable production (traditional), olive growing and fruit trees (lemons, peaches, apricots) and viticulture. Most of the wine production is concentrated in the province of La Spezia where the main grape varieties are sangiovese, ciliegiolo and canaiolo for the black grapes, bosco, albarola, trebbiano and vermentino for white grapes. 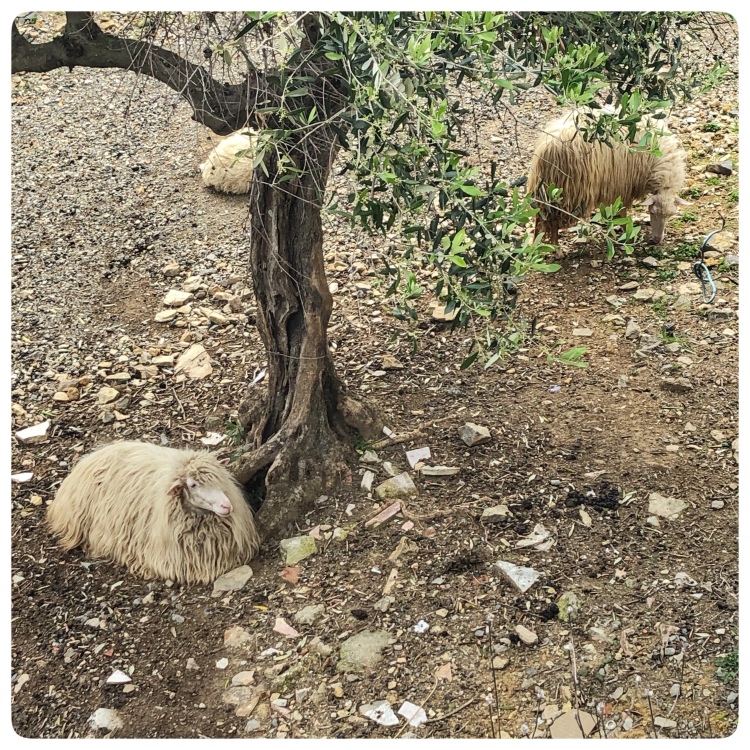 The birth of tourism

The inauguration the first train from the small station of San Michele di Pagana in 1868, connecting Genoa to the smaller towns, and the particularly mild climate of the Ligurian Riviera, were the impulses of the nascent Rapallo tourist activity late nineteenth and early twentieth century.

From there, the first hotels and luxury hotels and restaurants, cinemas and dance halls, bathing establishments in the summer season as well as the construction of new noble and residential Art Nouveau and Neoclassical villas opened.

Among the illustrious personalities who visited and stayed in this area we have the philosopher Friedrich Nietzsche (who in Rapallo, in January 1883, composed the first part of the work So he spoke Zarathustra), the composer Jean Sibelius (1901), the president of the United States of America Theodore Roosevelt (1910), Franz Liszt, the writer Guy de Maupassant, Lord Carnarvon, Eleonora Duse, Ezra Pound, Ernest Hemingway (who will cite his stay in Rapallo in the story Cat in the Rain), King Hussein of Jordan, the Empress Soraya of Persia (Iran), the last king of Lithuania Mindaugas II who died in Rapallo in 1928, Princess Luisa of Habsburg-Tuscany and her husband Enrico Toselli (1909), the writer Sem Benelli, Prince Augustus William son of William II of Germany (March 26, 1910) and, in more recent years, the philosopher Luigi Pareyson.

These days we have Andrea Boccelli, Armani, the Berlusconi offsprings, and many Russians.

The Bay of Portofino

Tourism is one of the most economically important activities for Liguria. The mild climate, the renowned landscapes such as Portofino, the CinqueTerre or Porto Venere, the diversification of offers and the quality of services attract tourists from both Italy and abroad. 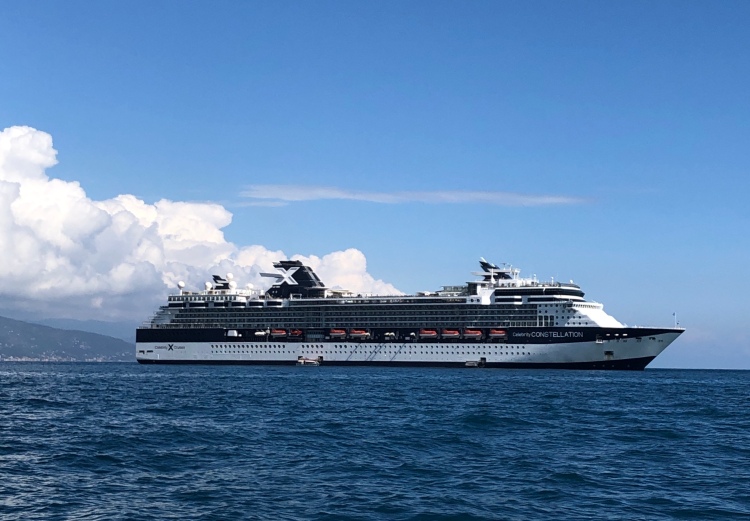 To visit this area by car is not easy, and not recommended in full touristic season. The streets are narrow and winding. It is best to take the train or ferry to move from town-to-town. 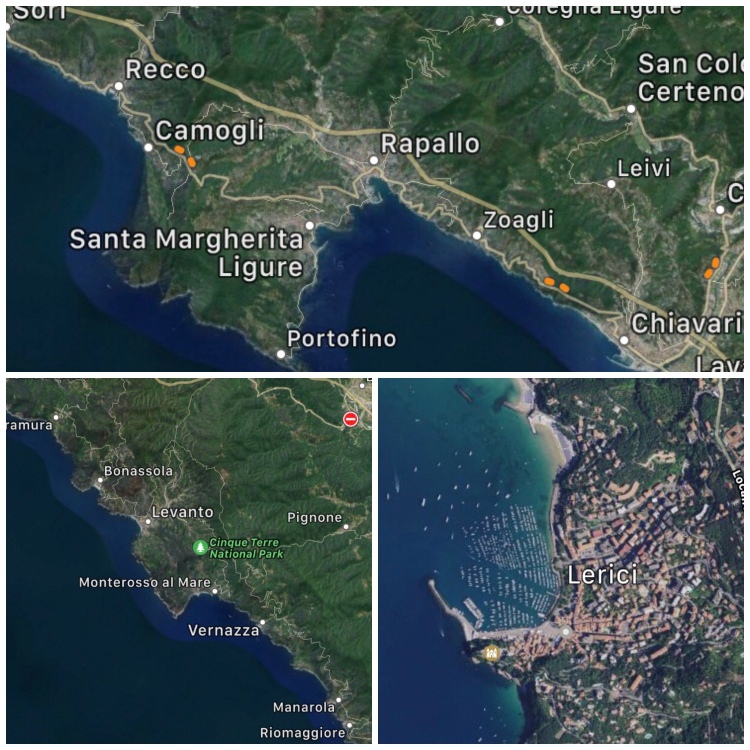 There are plenty of shopping opportunities while strolling around the “carugi” (narrow alleys), and I could not pass their culinary delights. The anchovies in olive oil; they are the best. The pesto, Limoncino (pronounce it Limonceeno), it is just the same as the Limoncello from the South but I want to taste the difference, and finally the precious dessert wine called Sciacchetrá (Sciakketrá emphasis on the last á!), a very expensive wine, luckily sold also in small more affordable bottles.

3 thoughts on “CinqueTerre—Portofino in One Long Weekend”