Lerici was the first town of my trip to Cinqueterre; while driving to Lerici one can admire the panorama and the numerous pretty sites. Little towns nestled on top of a hill, among olive trees and vineyards, beautiful to look at, but one wonders how they (did) manage to care for it, especially back then when the tools of trade were limited and scarce. 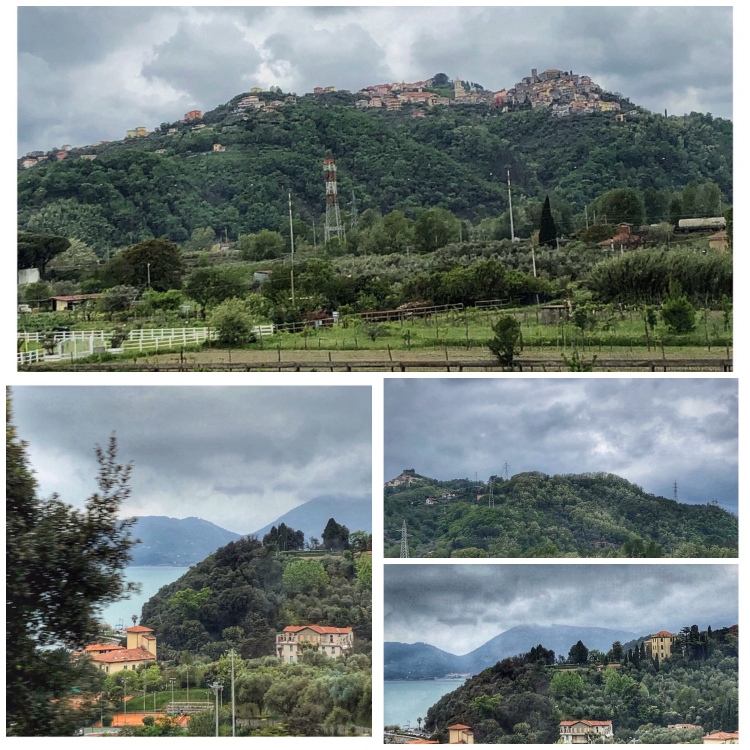 These days the economy of Lerici is based above all on tourism, favored both by the natural beauty of the territory, and by the presence of a seaside coastline accessible to all, and for the beauty of the places of interest.

Lerici has a good number of hotels and B&B, which guarantee the stay of many tourists and by the presence of a marina that guarantees the mooring of pleasure boats. 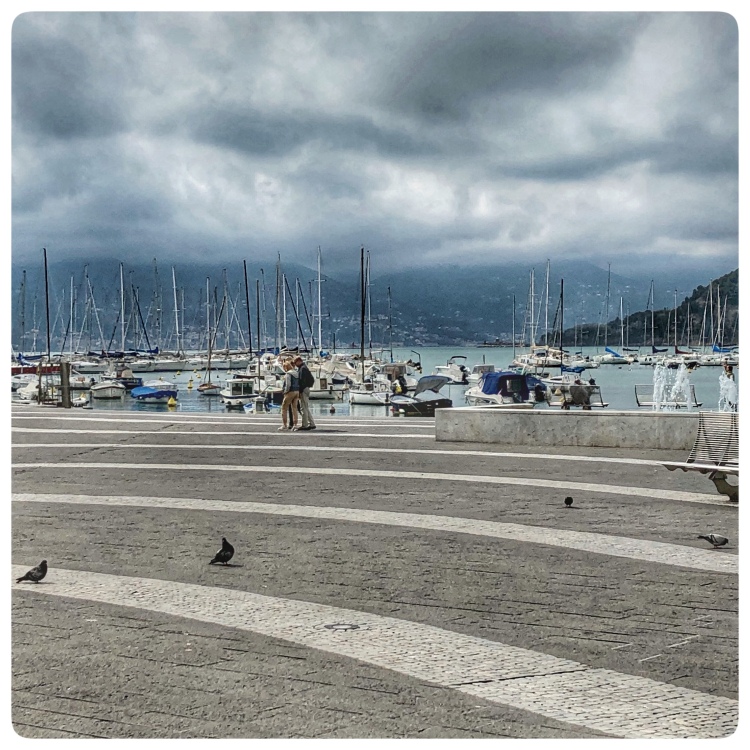 The town of Lerici is characterized by the big castle—built in 1152—which dominates both land and sea. Like most italian towns, Lerici history goes back prior Middle Ages times, and often there are churches and buildings as testimony of its old history. 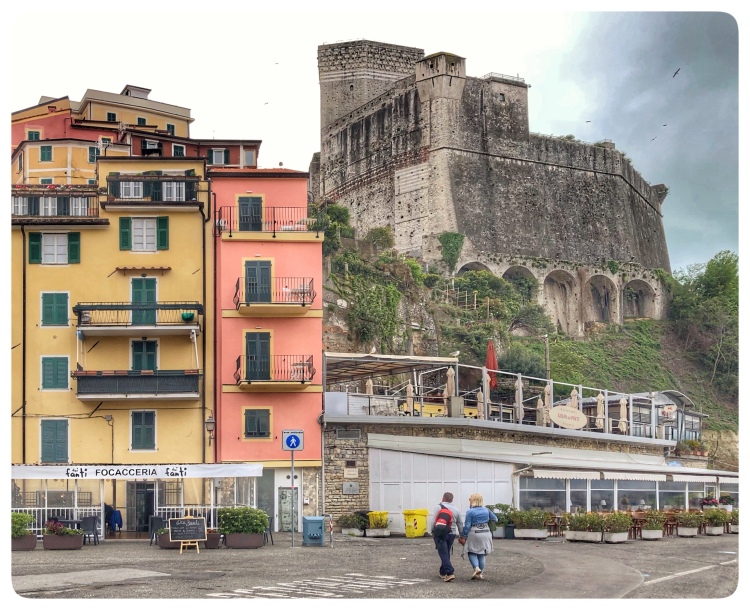 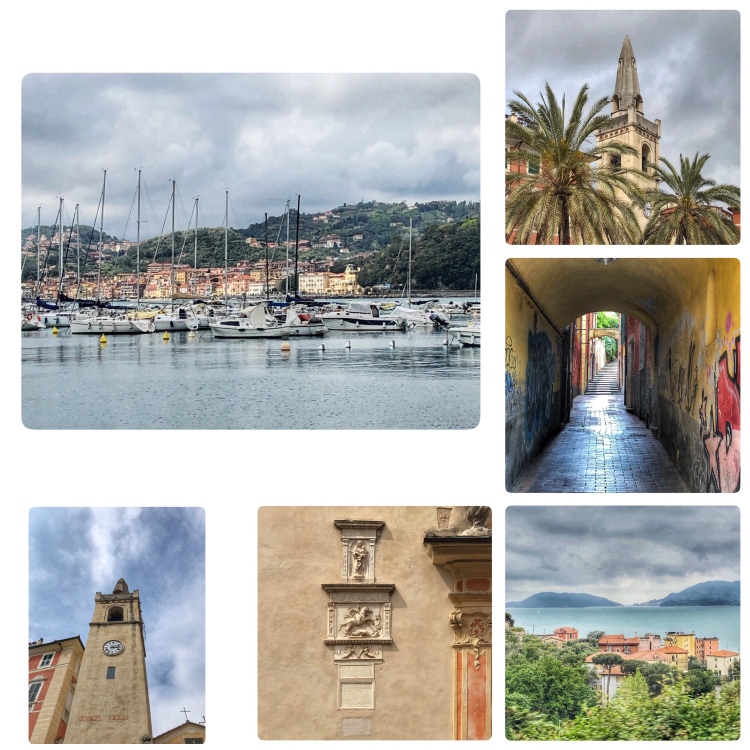 At the beginning of the 14th century the passage of Dante Alighieri, although not historically documented as in the case of Sarzana and Castelnuovo Magra, is supported by many scholars by virtue of the powerful quotation of Canto III of Purgatory.

(Dante and Virgil finally arrive at the mountain of purgatory. The problem is that it is too steep, so steep that in comparison to it the most steep cliffs that were found on the coast of Liguria (“between Lerici and Turbia”) seem easy stairs to climb.) 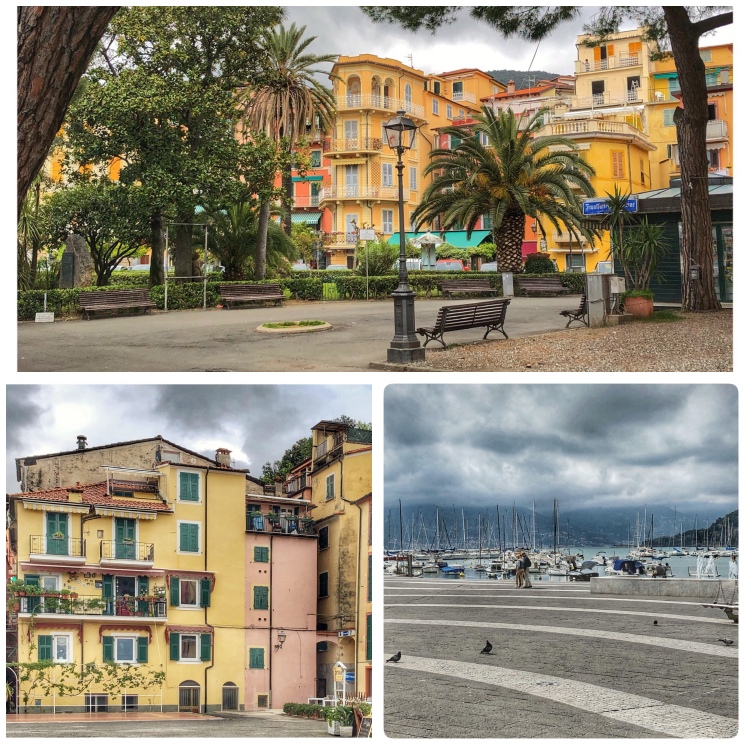 Lerici became famous in the 1800, when English writers Mary Shelley and Percy Bysshe Shelley came to live here and anchored their sailing boat in Lerici.

Percy Bysshe Shelley drowned on 8 July 1822 in the Bay of La Spezia, returning to Lerici from a journey to Livorno and Pisa. His corpse eventually washed up on the beach at Viareggio, located approximately halfway between Livorno and Lerici.

The popularity of Lerici with the Shelleys and with Lord Byron helped promote the title Golfo dei Poeti, Poets’ Bay, for the Golfo di Lerici. 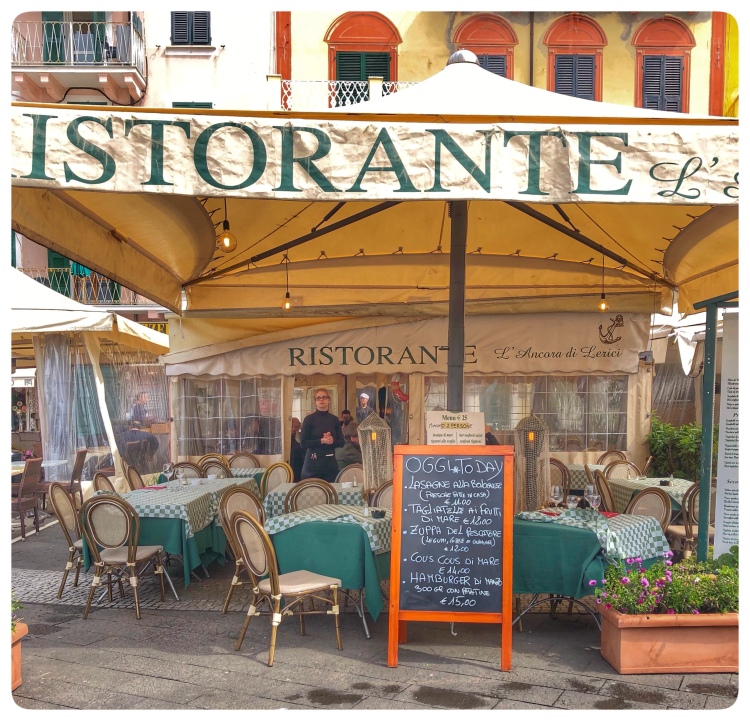 We had lunch in one of the restaurants in the “piazzetta” not far from the bay. As expected fish/seafood was on the menu, but as Apetizers we got these French fries look-alike. They are made with chickpeas flour and then fried. Tasty and particularly light. 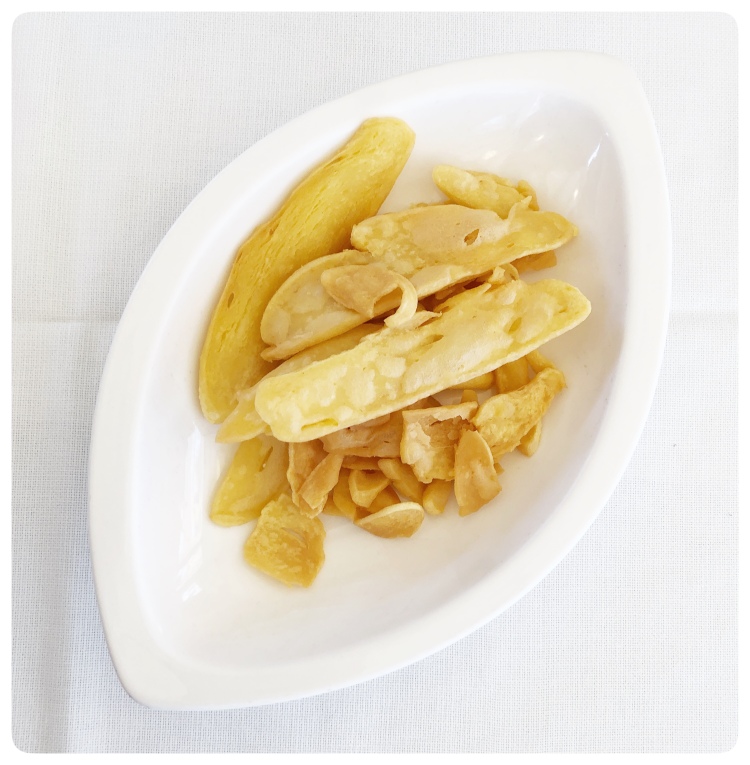 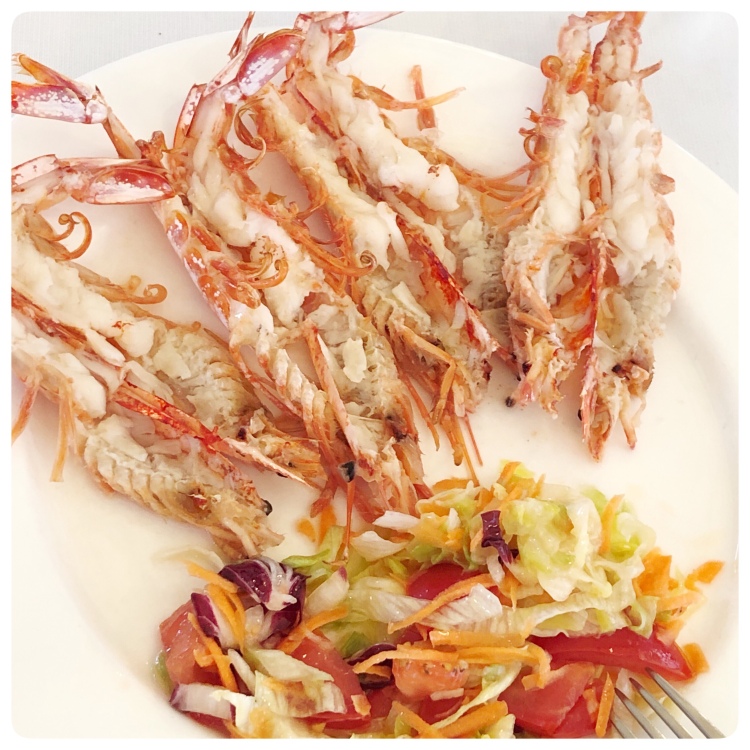 Slightly more inland than Lerici, is Sarzana. Thanks to its position, the city of Sarzana has been a crossroads for important communication routes between Liguria, Tuscany and Emilia-Romagna since its foundation. Since ancient times it was an important agricultural, commercial and strategic center, and already in the Middle Ages an important religious and legal center. 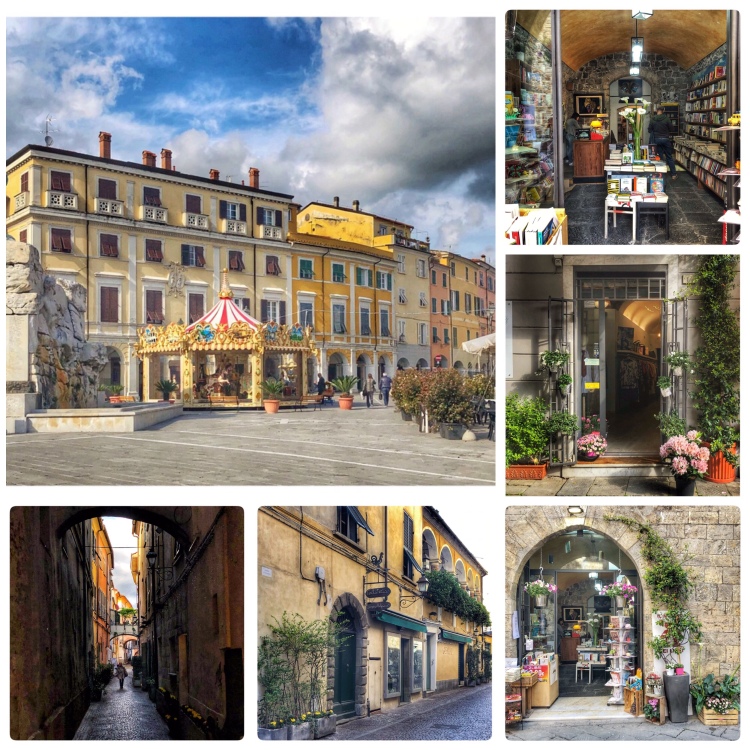 An ancient episcopal seat, the fortress was for centuries the military garrison of the valley, a strategic center, and was often at the center of military disputes in the area. Currently the fortress can be visited only during opening hours, while the entire hill is freely accessible and is a picturesque vantage point over the entire valley to the sea. 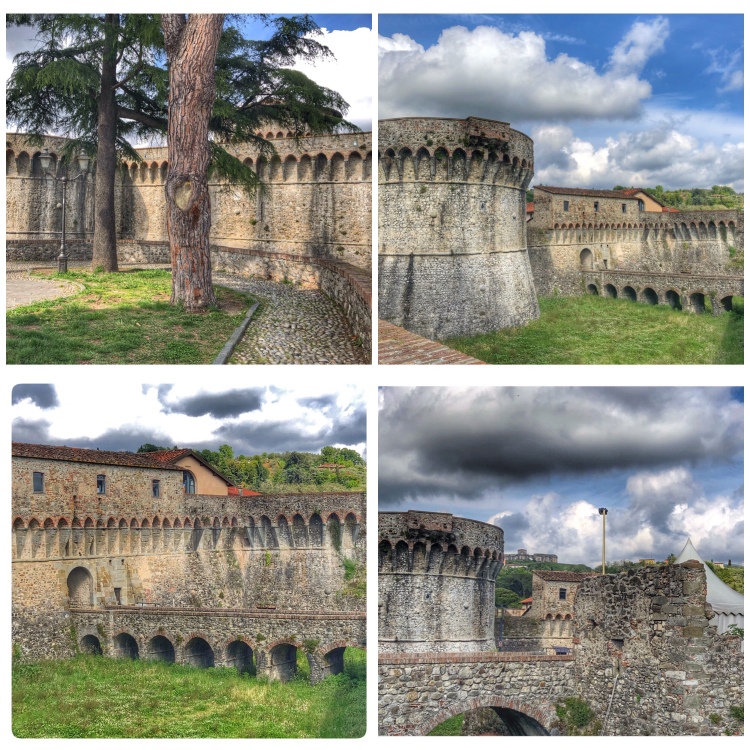 The Main Street of Sarzana has numerous pretty stores to glance and/or shop. A stop is due to the Cathedral of Santa Maria Assunta. It was built on the area where the parish church of San Basilio stood from 1204. Of particular interest is the crucifix by Mastro Guglielmo (1138), the first dated example of a painted cross in the history of art. 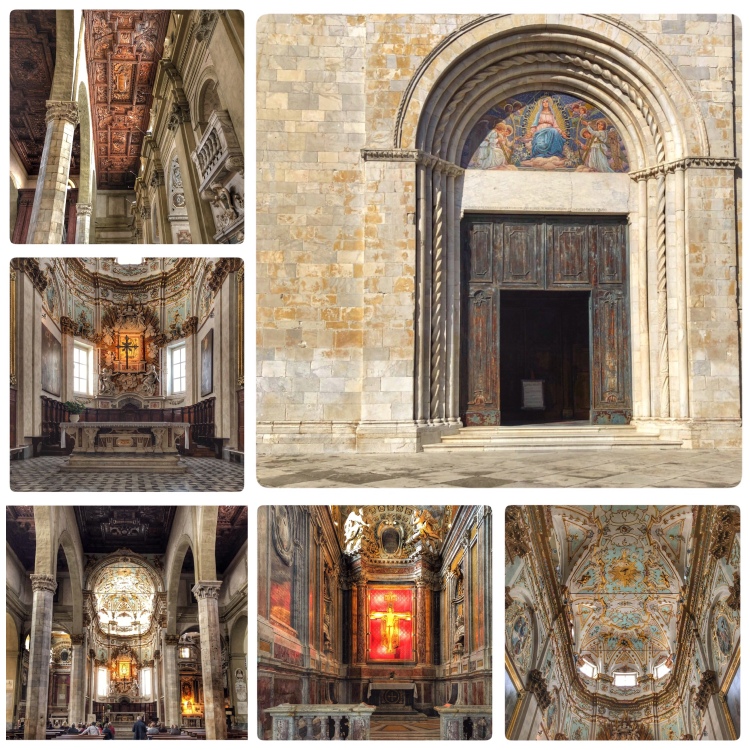 Buonaparte tower house, located in via Mazzini and once owned by the Buonaparte family, who had moved to Sarzana around 1245. The Bonaparte family later moved to the Island Corsica—which at the time was still Italian. 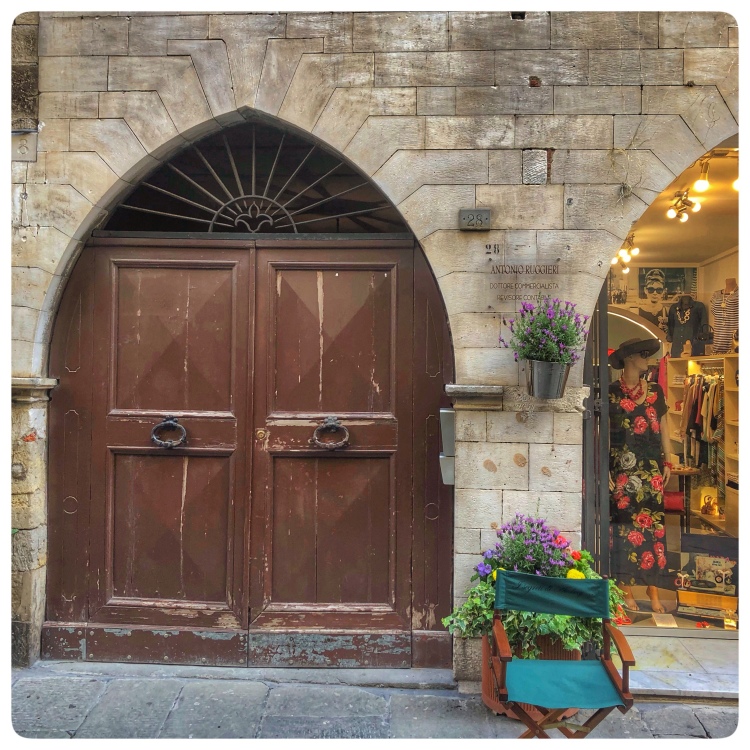 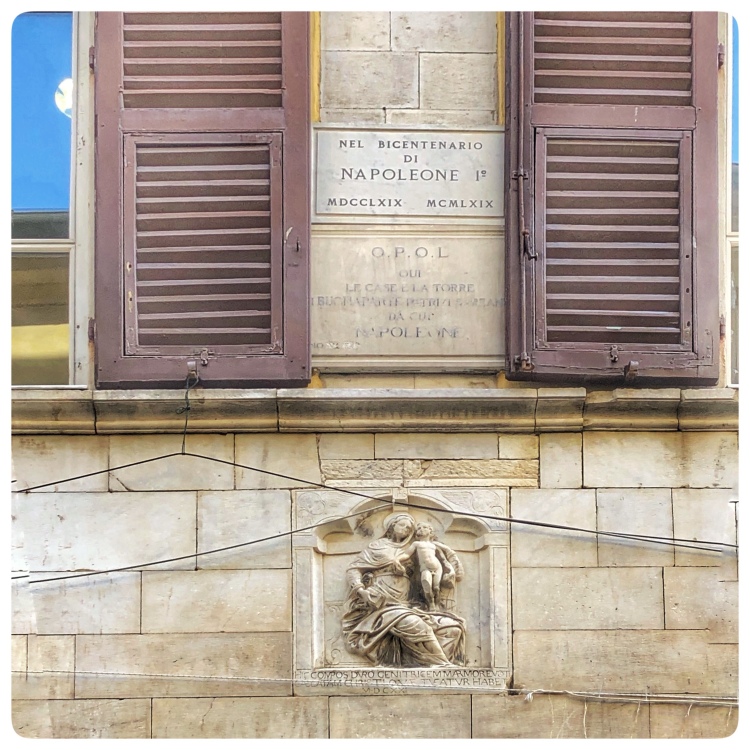 4 thoughts on “Lerici and Sarzana”