The name Cinque Terre means “Five Lands”, meaning the Five Villages or, as was called in ancient times, “lands” instead of “villages.”

It is the coastal strip consisting of the villages of (from west to east, that is from Genoa to La Spezia), Monterosso, Vernazza, Corniglia, Manarola and Riomaggiore, which stretches for about 15 km and represents one of the most pristine and extensive natural and semi-natural Mediterranean areas of Liguria. 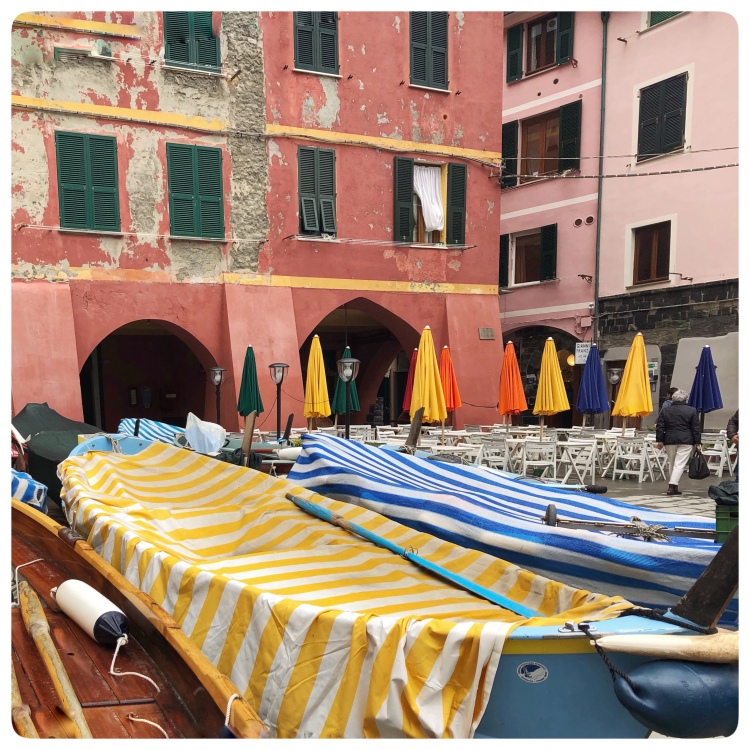 Monterosso al Mare is the first of the Cinque Terre and the largest village of all with a wide beach whose first history dates back to 1201.

The village is divided in two by a promontory with a tunnel of a hundred meters, on one side the area it is a residential area and railway station, on the other the old port and historic center. 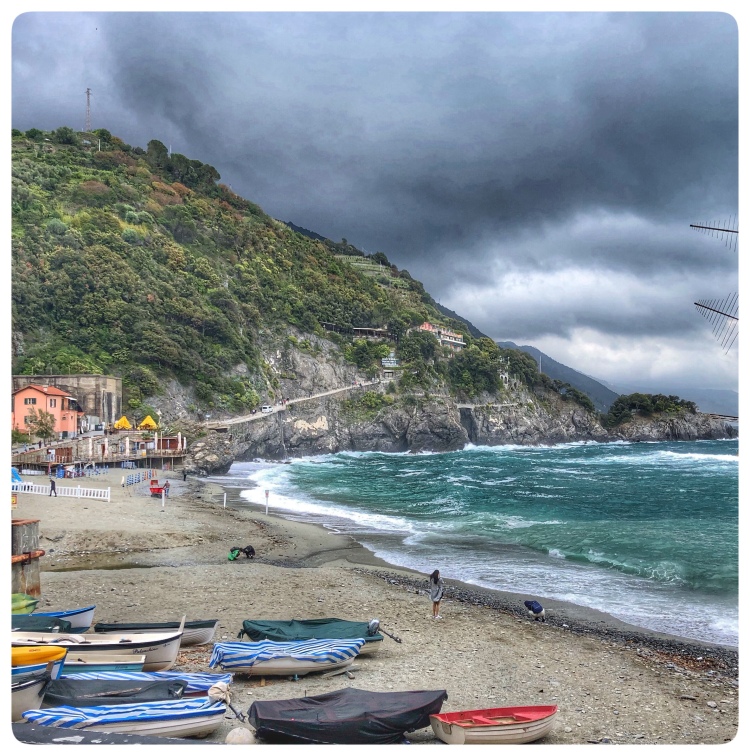 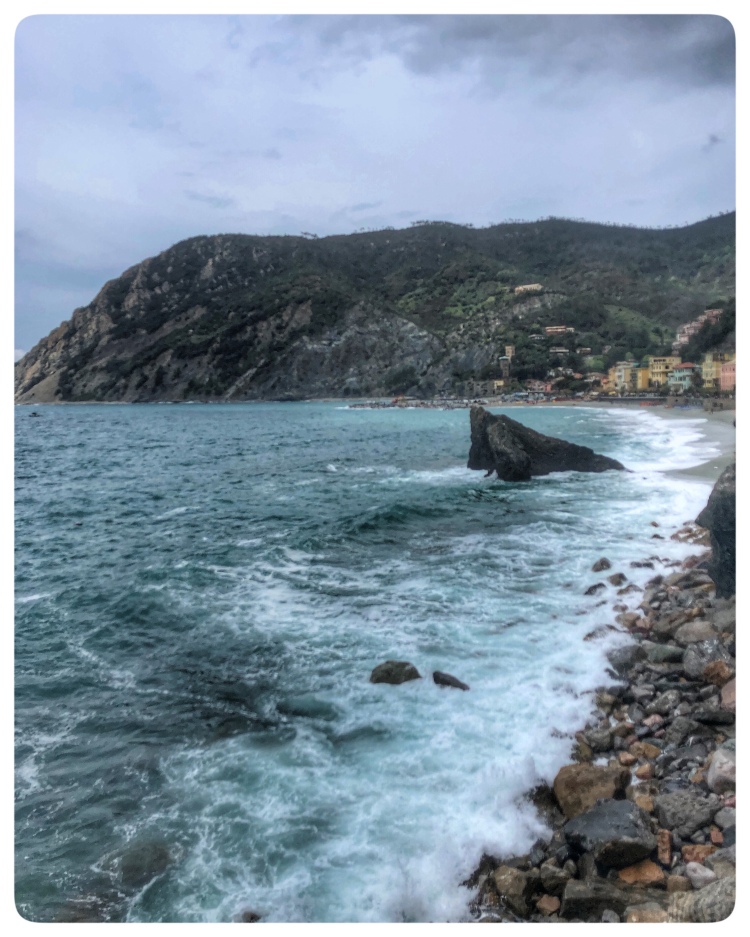 The historical center has many “carugi”, the typical narrow alleys, where you can find wine bars, restaurants, and crafts shops. 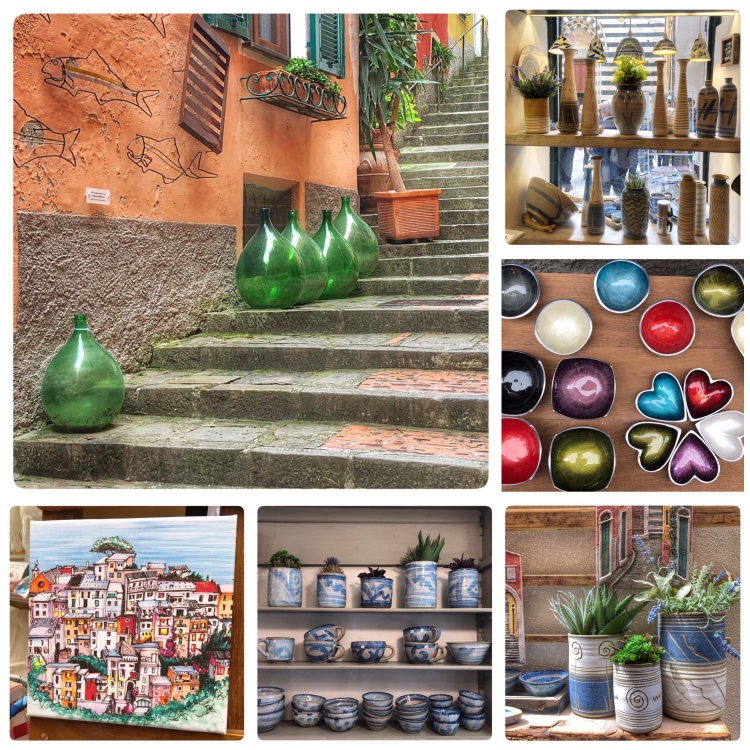 Notable is the Church of San Giovanni Battista. The construction of the church began in 1282 and ended in 1307. The façade, covered with the typical Genoese black and white stripes, notable is the finely decorated rose window.

Fish and seafood is the norm here too. The restaurants are many, all with inviting signs, and menus in display. It is really easy to be tempted by one or the other. We had a delicious seafood risotto, and worth mentioning an almond sponge cake so light that it took the guilt away immediately.

HOW TO GET TO MONTEROSSO

It is recommended using the train. By car you must exit at the A12-Carrodano exit, go to Levanto and continue to the Cinque Terre. 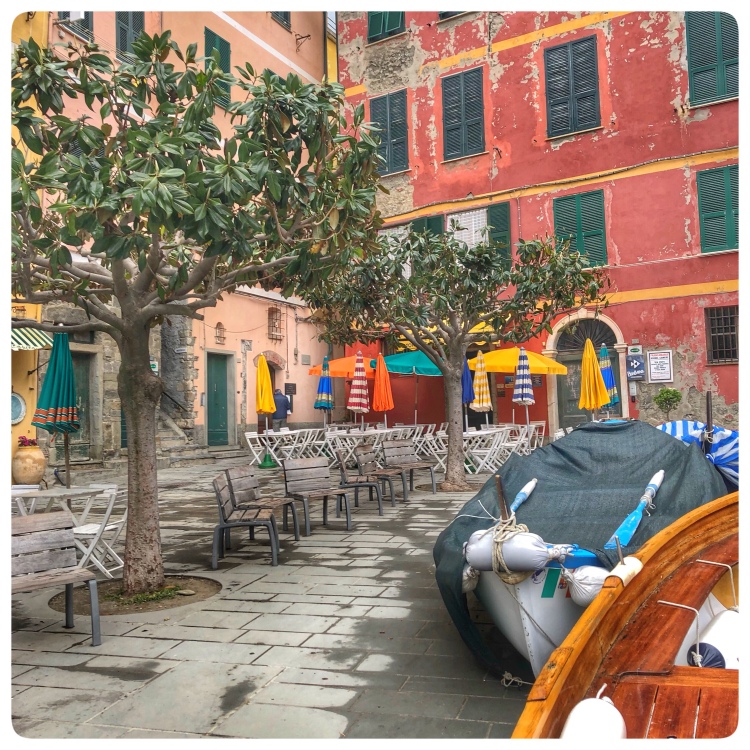 Vernazza is one of the five secular villages that make up the Cinque Terre. Colored houses surround the small marina. The Church of Santa Margherita d’Antiochia has a bell tower surmounted by an elegant dome. Set among the rocks, Castello Doria is a medieval defensive structure with a cylindrical tower. Just below the castle is the Bastione Belforte. 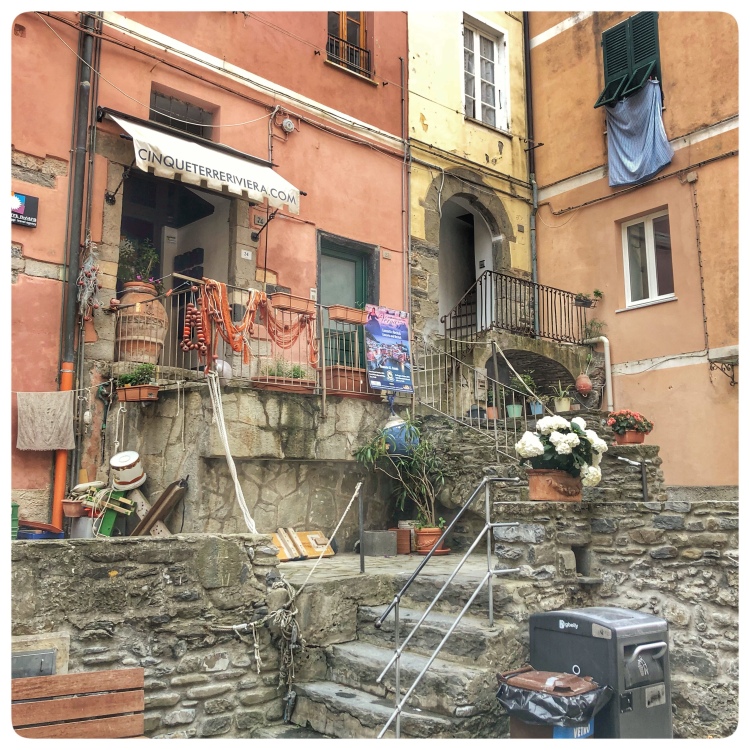 The parish church of Santa Margherita d’Antiochia was built in 1318 in Gothic-Ligurian style. It stands on a rock overlooking the sea protected by a row of rocks, on the side of the inlet towards Monterosso. The 40-meter high octagonal tower is crowned with small arches and ends with an ogival-shaped dome. Between 1500 and 1600 it was enlarged, extending the hall by two bells per nave and destroying the original medieval façade. Inside it has a basilical plan with three naves.

Sadly in October 2018 there was a terrible flood, with heavy rains and a very angry sea. The damages were substantial, and it still shows.

Parking is a luxe for a few, therefore the best way to get to Vernazza is by taking the train from La Spezia or from Levanto.

3 thoughts on “Monterosso & Vernazza 🕍—Two of the “Cinque””