Corniglia differs from the other Cinque Terre towns in that it is the only village that does not directly face the sea, but is located on the top of a promontory about ninety meters high, surrounded by vineyards on the characteristic “terraced” land. To reach Corniglia from the railway station, one must climb a long stairway called Lardarina, consisting of 33 ramps with 382 steps, or take the winding Via alla Stazione.

And that is the reason why Corniglia is the least visited, especially if the weather is awful, with heavy rain and with strong winds, like it was when I braved the other two and last towns of Cinque Terre.

All The colorful houses, the typical Genoese tower houses, that overlook one another on the main street, called via Discovolo, obtained from covering the stream.

The village climbs up the rocky ridge that juts out into the sea, causing a tangle of narrow alleyways, which run parallel on several intermediate levels connected by irregular slate stairways.

A privileged position to admire the structure of the village is Punta Bonfiglio, on which a walkway built by the Manarolese People, opened in 1968. On the top of Punta Bonfiglio is the small village cemetery.

Very impressive is also the last stretch of Via Belvedere which constitutes a veritable balcony overlooking the sea ending in a panoramic square dedicated to Eugenio Montale (Italian writer and journalist, Nobel for literature in 1975).

The historic center, whose original nucleus dates back to the 13th century, is located in the valley of the Rio Maggiore stream, the ancient Rivus Major from which the village takes its name.

More than that I can’t share as in Riomaggiore the weather broke loose, and it was impossible to do anything let alone taking pictures. 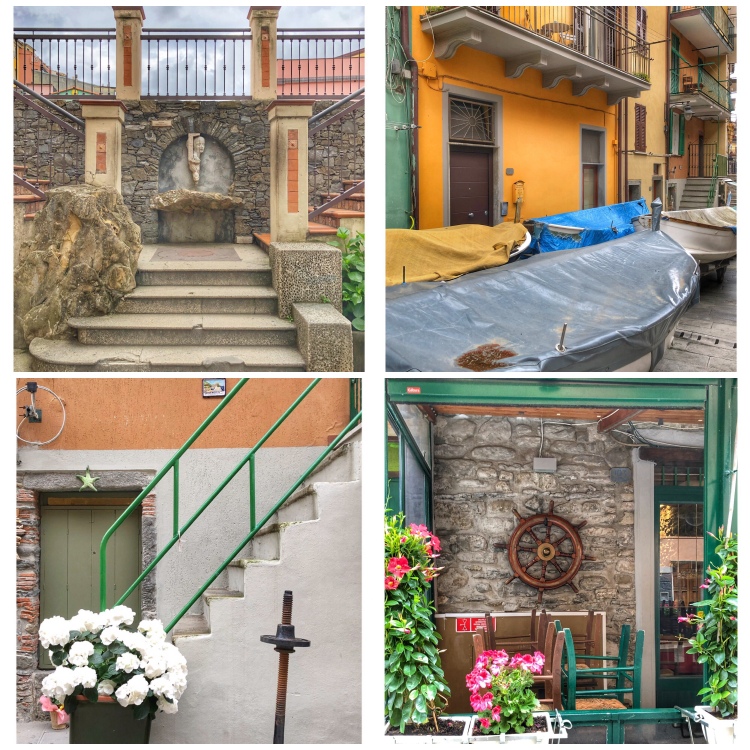 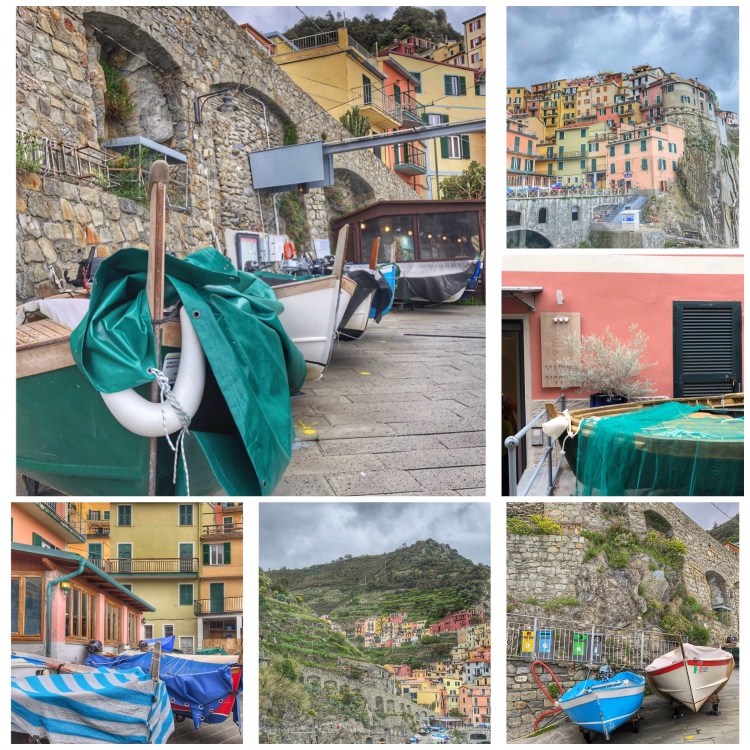 Via Dell’Amore or “The Path of Love” (or Lovers)

The Via dell’Amore is a pedestrian street overlooking the sea that, with a journey of just over a kilometer (0,62 miles), connects the villages of Riomaggiore and Manarola. Since the path soon became the destination of young lovers, an anonymous person decided to trace the writing Via dell’Amore with the lime on the two sides of the road.

After the September 2012 landslide that injured four Australian tourists, the path that connects Riomaggiore to Manarola has been closed to the public for many years. Only recently the first part of the Via dell’Amore it is partially open: the stretch from the station of Manarola to the Bar of Love is again viable for the joy of tourists and lovers in search of romantic places. 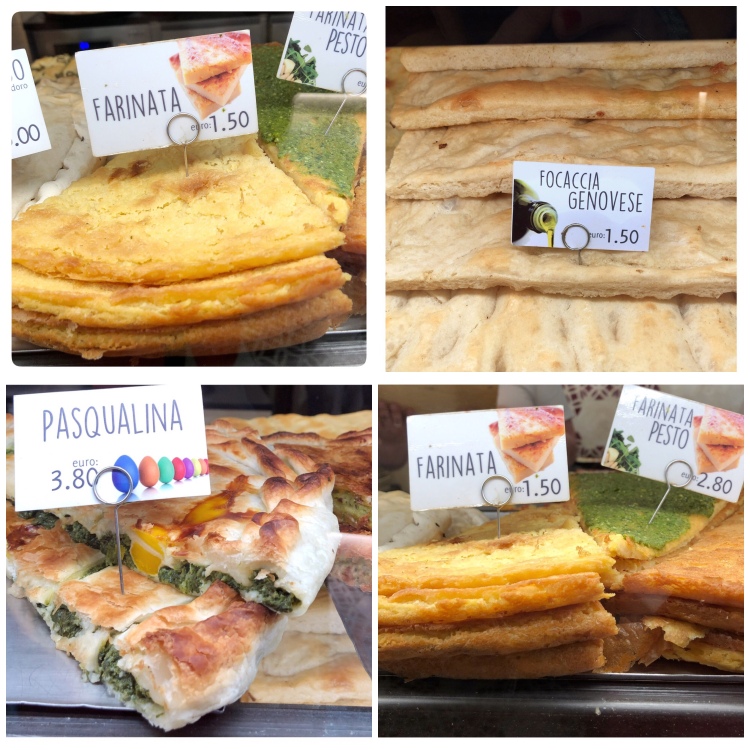 “Via Dell’Amore is more than a path: it is the symbol of the Cinque Terre and ephemeral holidays, all sea, sun and walks among vineyards, olive and lemon groves, sought by tourists from all over the world” 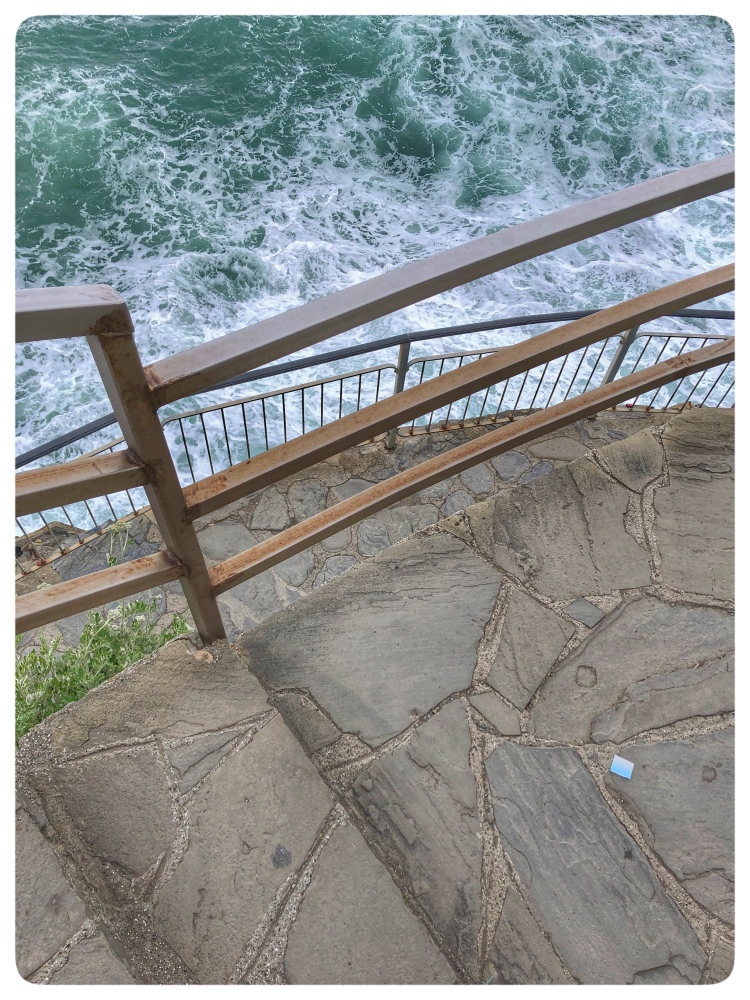 One thought on “Manarola and Riomaggiore”