The true coffee temple is in the Naples!. Gambrinus overlooks Piazza Plebiscito, since 1860 it has become known for the best pastry chefs, ice cream makers and bartenders from all over Europe. 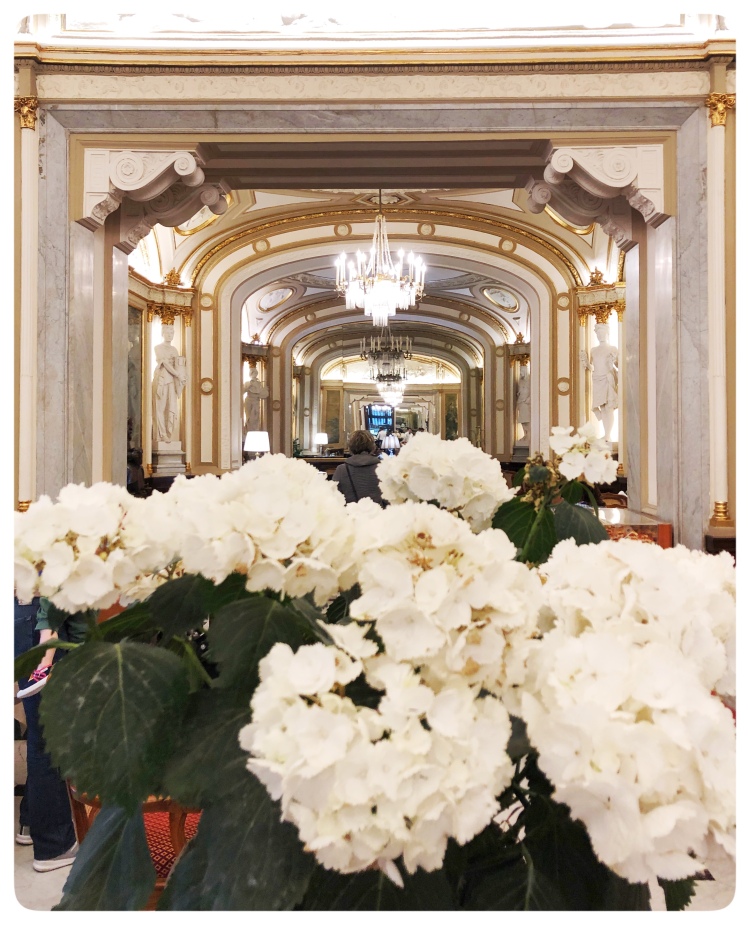 Gambrinus knew its most splendor during the Belle Epoque, after the restoration by the architect Antonio Curri, who embellishes it with marble, stuccoes, bas-reliefs, tapestries, and frescoes by the most important Neapolitan landscape artists.

In the early twentieth century it became the center of the city’s culture, visited by habitués the intellectuals of the time and personalities as the Austrian Empress Elisabeth of Bavaria, Oscar Wilde, Ernest Hemingway (Hemingway probably visited all of Italy’s Gran Caffés!}, and the French philosopher Jean-Paul Sartre. Today Angela Merkel, Bill Clinton, and Italian Presidents were visitors of Gambrinus. 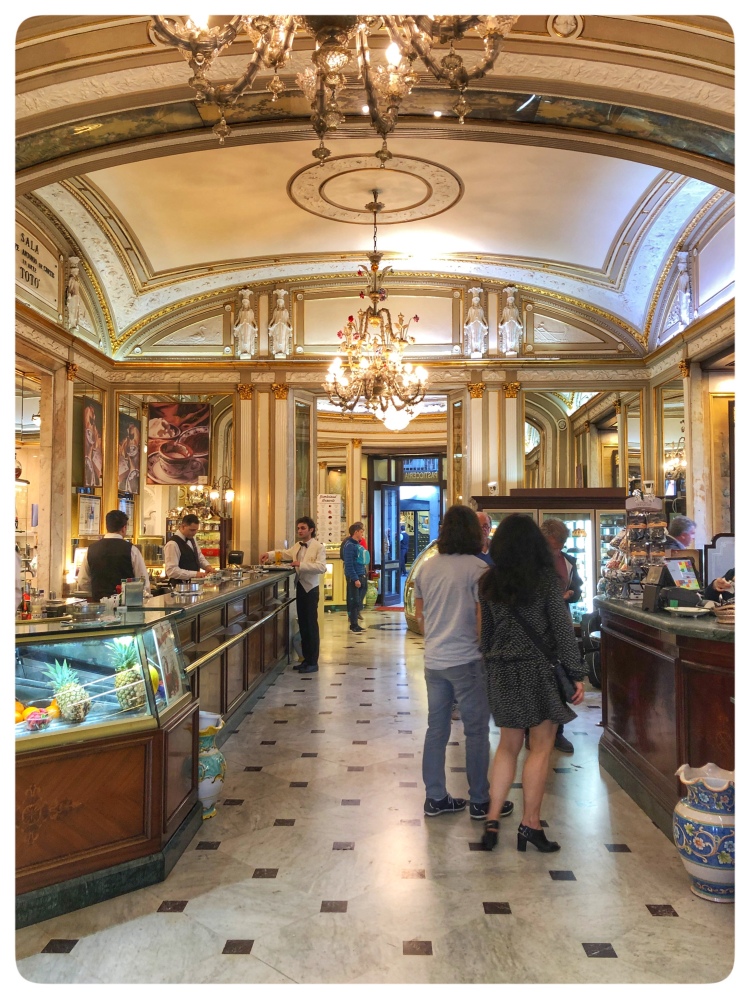 Visiting Gambrinus is a must. Easy to spot—to the left of Piazza Plebiscito—whether for a coffee, a sfogliatella, babá, or an ice cream you won’t be disappointed. Prices are no different from any other coffee shop in town. The service and courtesy of staff are impeccable. 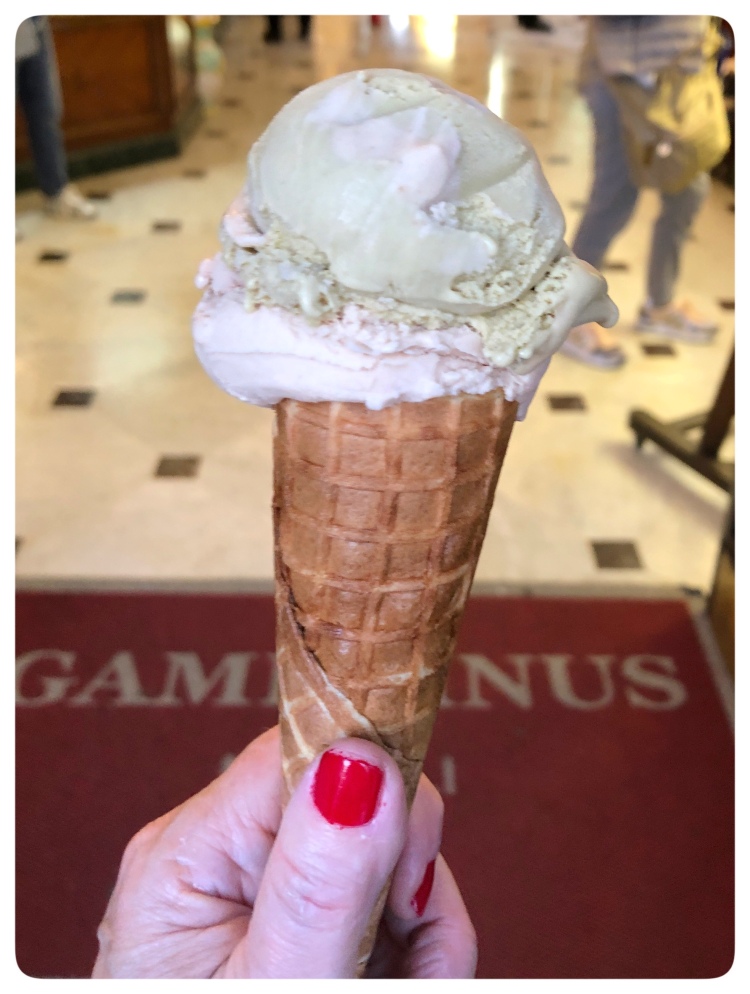 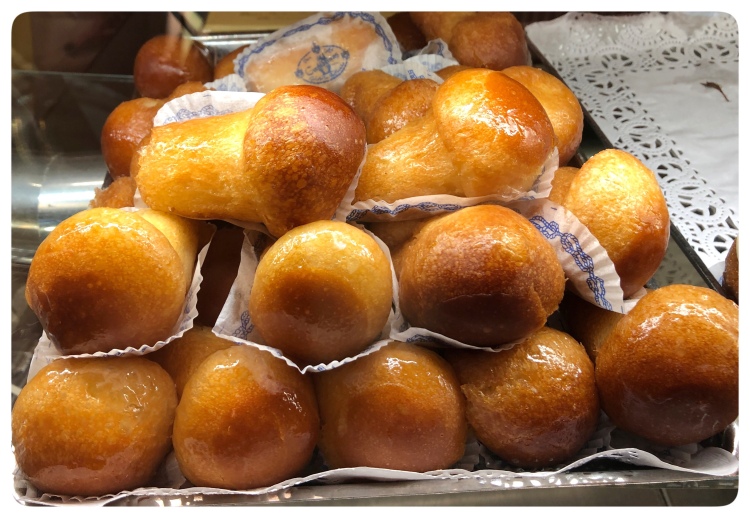 At Gran Caffè Gambrinus, the practice of “suspended coffee” began in the second half of the nineteenth century, which consists in leaving a paid coffee for poor people who cannot buy it and enjoy the pleasure of a coffee. This tradition was renewed in times of crisis in the very place where it was born. At the entrance to the Bar, a giant coffee maker is still in place where you can leave the “suspended” receipts (left by customers) in favor of anyone who needed them. 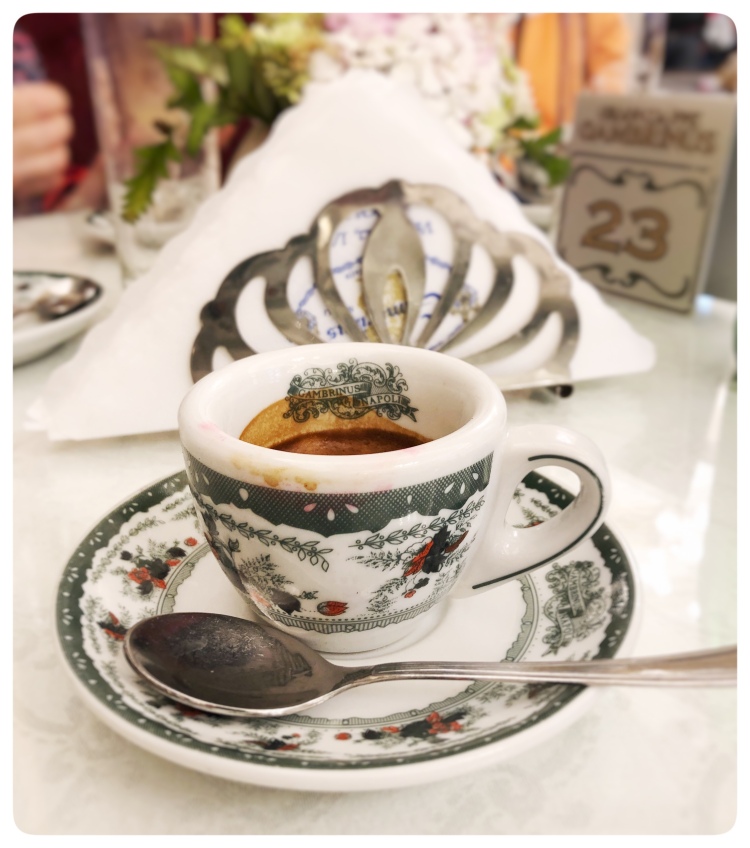 This practice is also done is some pizzerias of Naples. Pay for one pizza, and leave it there for anyone who may need it.