It is not Luciana’s Octopus. Instead the dish owes its name to the village of S. Lucia, one of the most ancient and characteristic neighborhoods of Naples, famous in the past for being a fishermen’s area called the Luciani, today the neighborhood is one of the most famous districts of Naples.

The Luciana octopus recipe is one of the most well-known and appreciated fish recipes in Neapolitan gastronomy. 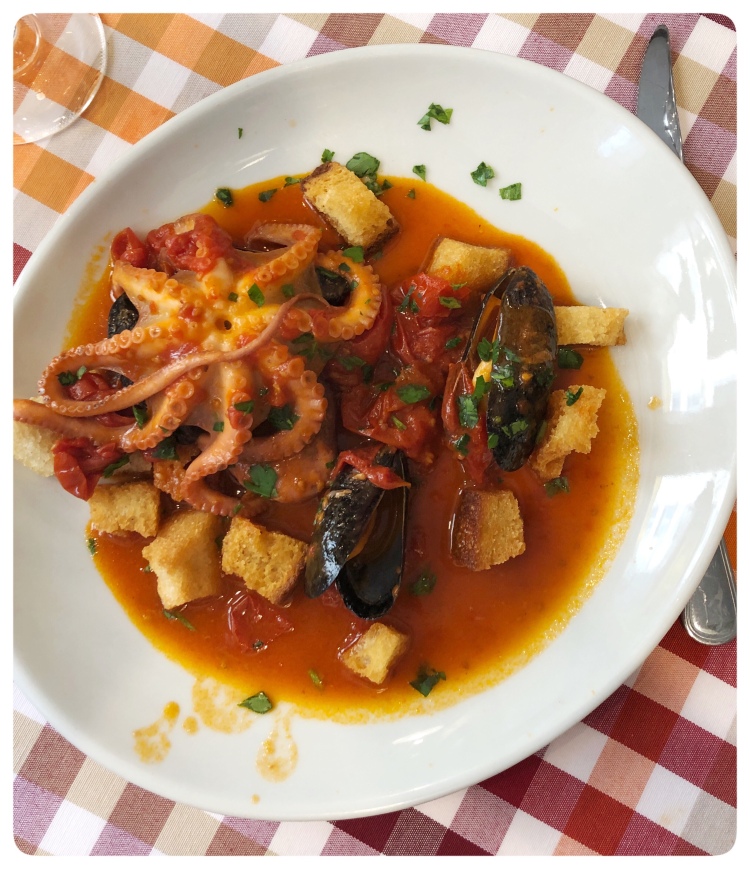 For those who had never tasted them, I assure you that the Luciana octopus is a real specialty, they can be served as an appetizer accompanied by croutons, or you can use the sauce to season a first course of pasta.

The recipe of the Luciana octopus is actually really simple, the only care you need to have for the excellent result of the dish is to choose the raw material, which must be excellent, with small fresh octopus and fresh tomatoes. I used the small ones that are more tasty.

I looked all the recipes to be sure to give you the real one. There are several that include olive and capers, the original however, does not. Just tomatoes, garlic, and eventually chilly pepper. 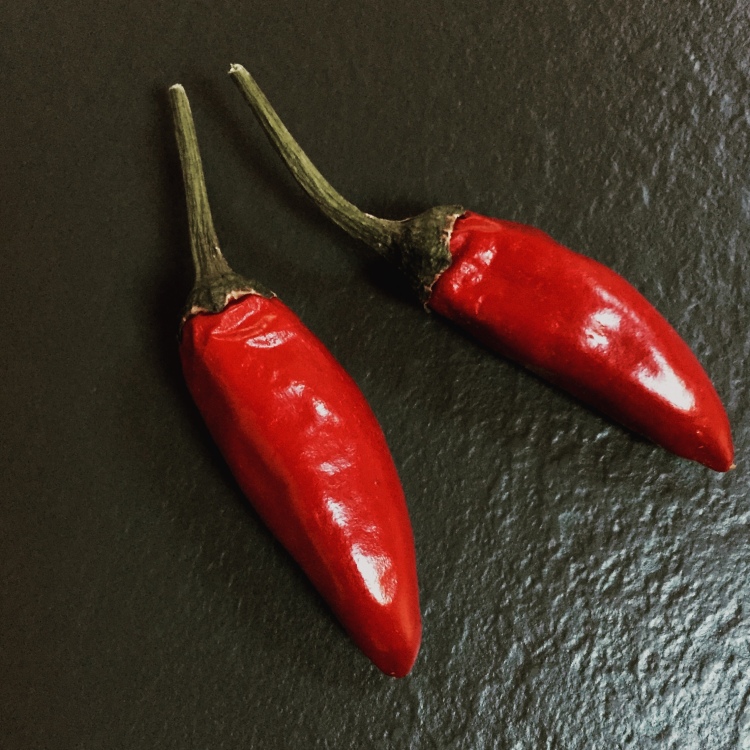 Wash the octopus well under running water. If the octopuses are fresh, beat them well on a cutting board with the help of a meat tenderizer. Place the octopus upside down in a saucepan.

Wash the tomatoes and cut them into small pieces, then add them to the octopus together with the oil, the chopped chilli pepper (if used), and a clove of garlic.

Put the lid on and cook over low heat for about 40 minutes. Raise the heat and reduce the octopus sauce until it becomes thick and dark in color.

Lay the Luciana octopus with their sauce in a bowl, adding toasted bread, and sprinkling everything with the chopped parsley.

Or use the dressing to season the pasta, preferably noodles, or thin spaghetti.

Just in case you don’t want to cook, but you are planning to visit Naples, don’t forget to go to a restaurant and try it for yourself. 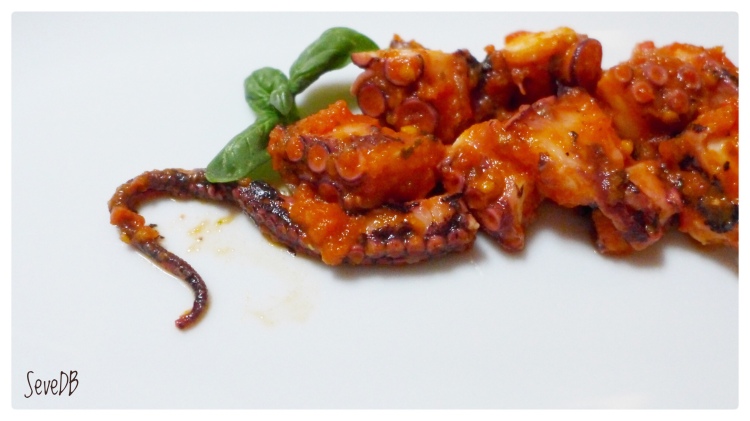