It is difficult to tour Apuglia and make choices where to go, what to see, and what to skip because Apuglia has so much to offer, the sea, the towns, the architecture. To really see everything it’s probably necessary to visit more than once.

There are remarkable places that need to be mentioned (although I left out many others, I have it on my ”travel wish list.”). Here are some notable destinations:

Alberobello is one location not to be missed, with its unique white cone-shaped houses, actually, they are huts simply.

A “trullo” is a dry-wall construction, without mortar, that was imposed on new settlers so that they could dismantle their shelters in a hurry: an efficient means to evade taxes on new settlements under the Kingdom of Naples, and certainly a good way to deter unruly lords.

Yet most historians agree that this building technique came about due to the area’s geographical conditions, abundant with the limestone we now see in these constructions. 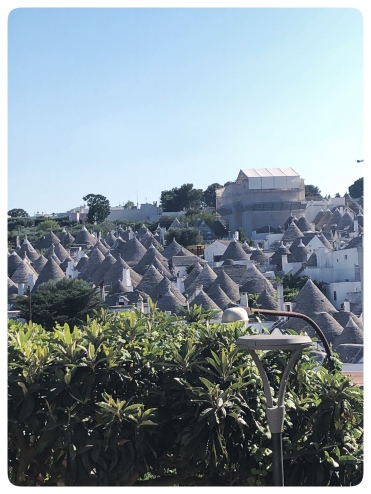 The name means “Polignano on the Sea”. Right on the Adriatic sea, Polignano a Mare is one of those villages to visit at least once in your life. Only by watching the pictures, you want to pack and go.

Lama Monachile it is the most known place of all in Polignano. Two sheer rock walls and a small cove in the middle. The name speaks volumes. In fact, it seems that “monachile” derives from the fact that originally there were numerous monk seals there.

I wonder if Domenico Modugno thought of Polignano a Mare when he wrote “Volare! … the blue painted in blue”. In Polignano a Mare there is a bronze statue dedicated to the singer, placed on the waterfront always named after him, so as not to turn his back to the sea or the village (there was a sort of controversy for the choice of position).

The downtown is a tangle of narrow streets, shops, cafes, flowery balconies, wonderful sea views, and restaurants in the most incredible places. 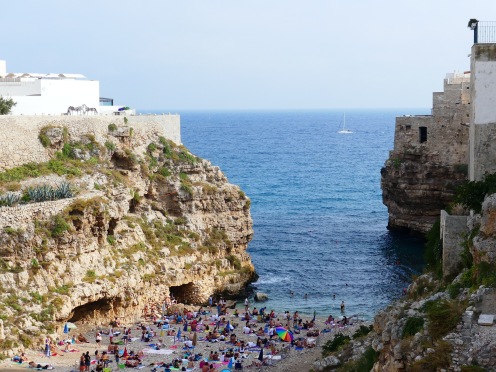 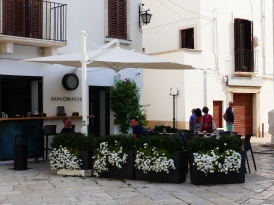 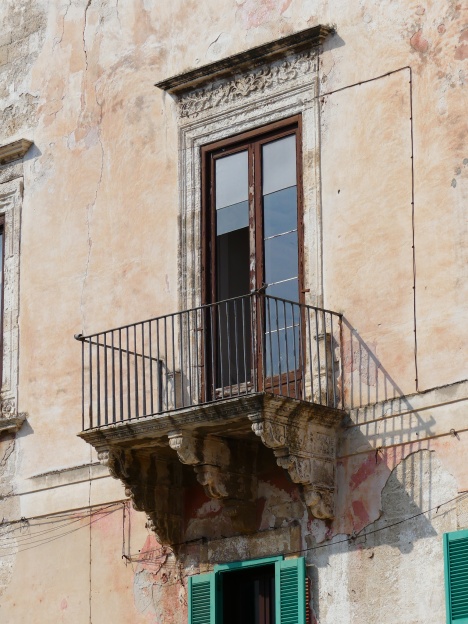 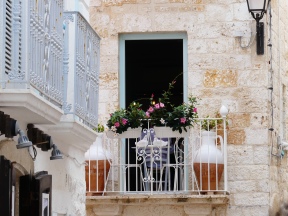 Grotta Palazzese is undoubtedly one of the most fascinating places I have ever seen. The cave, belonging to the palace of the Leto family, is nothing but a cave in the rock overlooking the sea. Today it houses a luxury restaurant, one of the 25 most beautiful in the world. Prices are rather steep though! 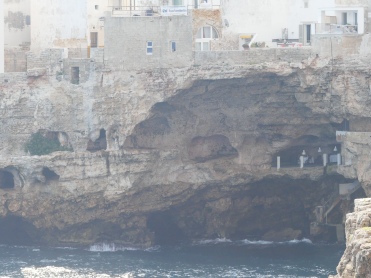 While visiting Ostuni one may think to be in Santorini (Greece). Ostuni, the White City of Salento, among narrow alleys and white beaches.

Ostuni owes its name White City to the color of most of the houses in the city, especially in the historic center. In reality, the reason why the white color was chosen is not as poetic as observing from a distance this little pearl of Salento. In fact, in the past, the city of Ostuni was repeatedly hit by the plague and covering the walls with lime allowed to sanitize the area and make it aseptic.

There is obelisk in honor of Sant’Oronzo, which according to popular tradition had preserved the city from the contagion of the plague, little did they know that it was instead the white lime that did the trick!

The houses climb the steep sides of a hill and the village is characterized by a tangle of winding streets, a succession of small squares, alleys, and courtyards. The lower part of the village is surrounded by the ancient city walls in which the only two entrances of the city are embedded: Porta Nova and Porta San Demetrio. 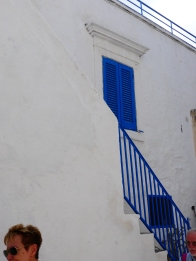 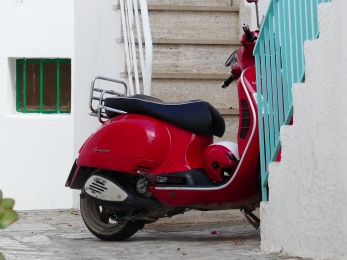 Not too far from Ostuni, it is possible to visit a Frantoio to see how olive oil is produced and you buy some if desired.

In Cisternino, in the heart of Valle D’Itria, among the Trulli, on a hill about 397 meters above sea level rises the Organic Farm “Il Frantolio di D’Amico Pietro,” a family tradition operating in the olive sector since 1917. The farm is entirely cultivated with the organic farming method, certified by Bioagricert, and covers an area of about 50 hectares, mostly cultivated with olive groves, on which about 6,000 old olive trees are in production.

At “Il Frantolio” I learned the collection and extraction methods of the olives:

There are three main techniques for extracting extra virgin olive oil:  pressure: the most used, the classic and ancient method; centrifugation: energetically very expensive, even if effective; percolation: with selective filtration

And most important the conservation of extra virgin olive oil. A well preserved extra virgin olive oil is at a constant temperature not exceeding 14-18 degrees, kept in dark containers, which preserve it from contact with light. Furthermore, in the storage phase, away from heat sources, it is necessary to reduce contact with metals (prefer stainless steel, abandoning the cans, or, worse still, the terracotta containers) and reducing the air volume as much as possible. To avoid deposits, it will be necessary to transfer the oil into new and clean containers. 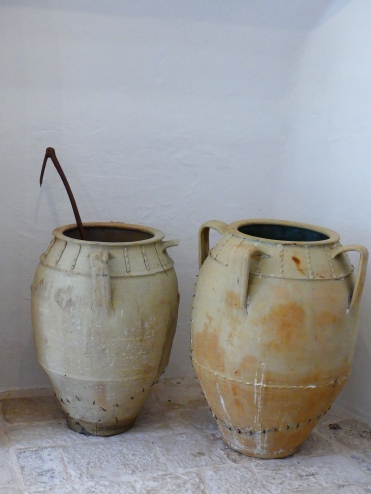 Otranto is certainly one of Puglia’s most charming towns and is well worth a visit. It is included in the list of the “Most Beautiful Villages of Italy”. The imposing castle, thick perimeter walls and robust towers (built after the town was liberated from the Turks in the late 15th century) dominate much of the town, giving way to a small port, a series of sea-front promenades with  excellent fish restaurants and the town’s very own beautiful white sandy beach and turquoise waters.

The delightful Romanesque cathedral, dating back to 1088 and boasting extensive 12th-century-floor mosaics, is another highlight that should not be missed. 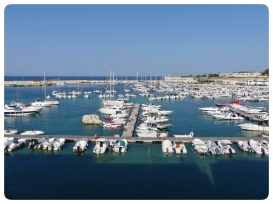 Just not too far from Otranto there is a “Masseria” where we stopped for lunch. A Masseria is a fortified farmhouse or country house on an estate. The term is most often used in the Italian region of Puglia. A Masseria is similar to a hacienda in Spain or a plantation in the United States. The Masseria was like a rather large farm complex, where the land barons stored their food and possessions from the 16th to 18th centuries in Italy.

EATING AT A MASSERIA

Masseria l’Uliveto is not just a restaurant, but also a B&B, that offers camping grounds as well.

Masseria LL’Uliveto, just 800 meters from the historic center of Otranto in Salento, is located in the green Salento countryside. An ideal place for those looking for a farm in Otranto, to enjoy their holidays in Salento in relaxation. Surrounded by a large olive grove from which it takes its name, the Masseria is a small family-run business with the aim of remaining as close as possible to rural traditions. They offer a simple cuisine with their own products to suit the “simple food” typical of the Apulia region. 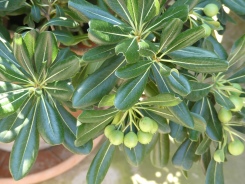 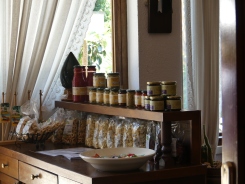 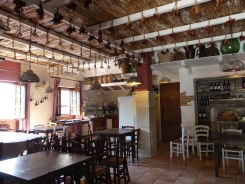 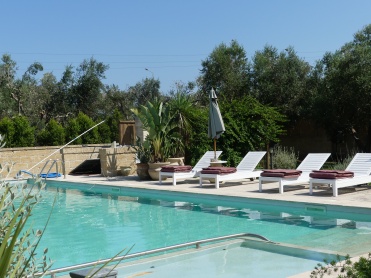 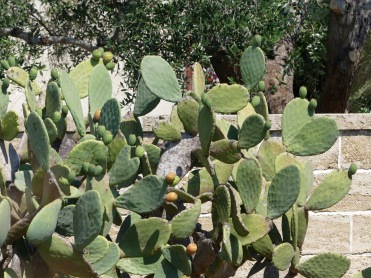 Trani has lost its old city walls and bastions, but the 13th-century fort has been extensively restored as a museum and performance venue and is open to the public. Some of the streets in and around the Ghetto area remain much as they were in the medieval period, and many of the houses display more or less of Norman decoration.

The main church is the Trani Cathedral, dedicated to Saint Nicholas the Pilgrim, a Greek who died in Trani in 1094 while on his way on pilgrimage to Rome, and some years later canonized by Urban II. There was a wedding at the cathedral when I visited. It did make a very good photo op. 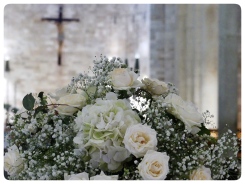 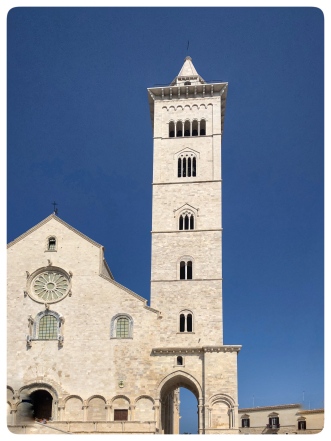 2 thoughts on “Between Masserie & Olive Crops”