THE MEDIEVAL SPLENDOR ON THE ADRIATIC COAST

Dubrovnik—now made famous by the Game of Throne series—is one of the best-walled cities in Europe, overlooking the calm blue Adriatic. When visiting this magnificent town it is no wonder that it was chosen as the famed “King’s Landing” in the successful series Game of Thrones.

Dubrovnik was the capital of sea-faring Republic of Ragusa [The Republic of Ragusa was an aristocratic maritime republic centered on the city of Dubrovnik in Dalmatia that carried that name from 1358 until 1808]; it achieved a high level of development, particularly during the 15th and 16th centuries, as it became notable for its wealth.

Its long and sad history does indeed remind the “Game of Thrones” life, battles, and struggles.

Sadly, In 1991, after the break-up of Yugoslavia, Dubrovnik was besieged by Serbian and Montenegrin soldiers of the Yugoslav People’s Army for seven months and suffered significant damage from shelling.

Following the end of the war, damage caused by the shelling of the Old Town was repaired. Adhering to UNESCO guidelines, repairs were performed in the original style. Most of the reconstruction work was done between 1995 and 1999.

After repair and restoration work, Dubrovnik re-emerged as one of the most upmarket tourist destinations.

Historically, this diminutive republic was sophisticated, refined and cultured.

Today, the pedestrian-only Old Town—packed with aristocratic palazzi and elegant Baroque churches, surrounded by the now most famous medieval fortifications—draws hundreds of thousands of visitors every year. 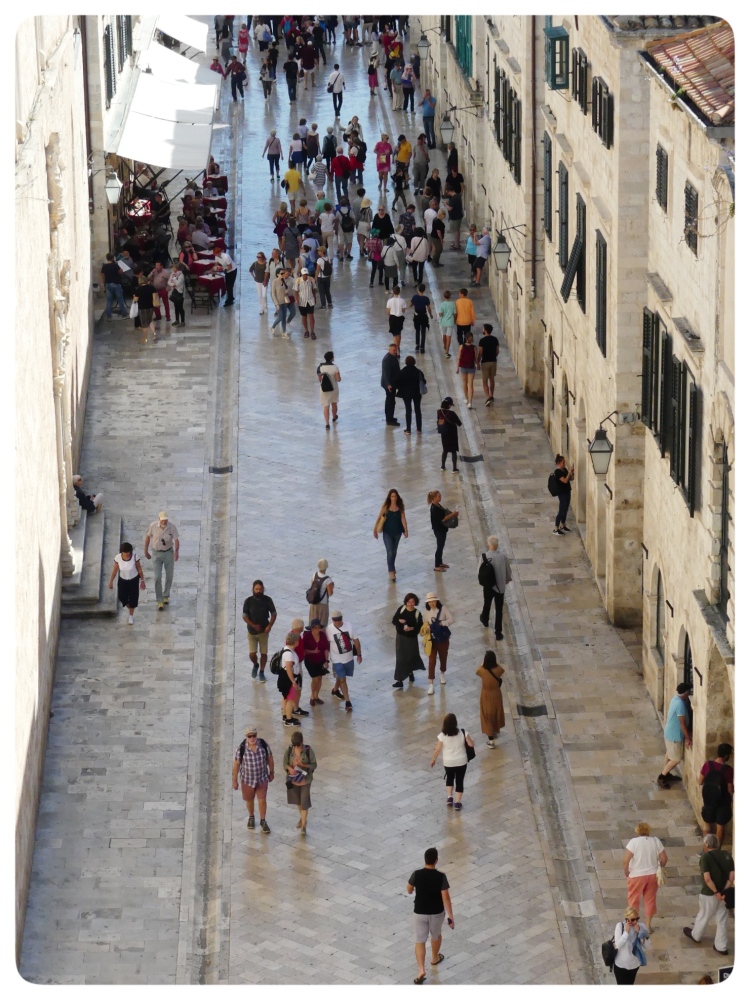 A visit to Dubrovnik should begin by walking the ramparts (just over a mile) of the magnificent 13th-century City Walls. It’ll take well over an hour—more if particularly crowded. You need to give time for numerous selfies on the spots made famous by the celebrated series. But there are also breathtaking views of the terracotta rooftops of the Old Town and out to sea.

To dodge the crowds, it is best to do the walk first thing in the morning, also because in summer it is quite hot up there! 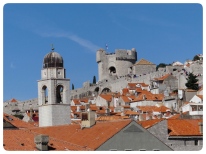 Afterward, there is an enjoyable long stroll along the shiny limestone-paved Stradun, the main pedestrian thoroughfare through the Old Town, running from Pile Gate in the west to Ploče Gate in the east. The street is lined with souvenirs shops, many of which have the “original” Game of Thrones regalia. 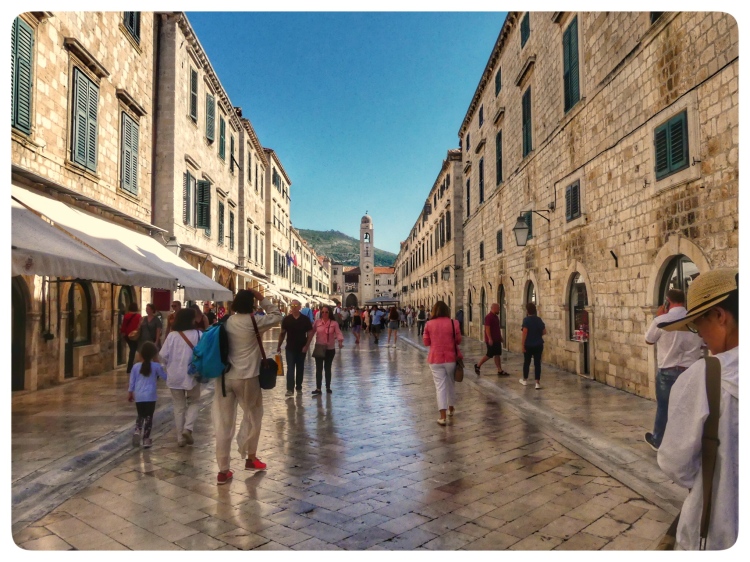 THE BEST OF DUBROVNIK

On Gundulićeva Poljana (Gundulić Square), in the morning there is the open-air market, where stallholders sell local seasonal produce. For lunch, it is possible to sit in one of the many places just before the stairs of the now-infamous “Walk of Shame.”

The Jesuit Staircase by Saint Ignatius Church is the backdrop to one of the most famous scenes in Game of Thrones, with a naked–and now without her beautiful long hair–Cersei walks the streets of Kings Landing to the Red Keep. All along an angry crowd yells “shame” in her ears. In the first shot of this scene, Cersei is standing at the top of the stairs looking down at the crowd.

It seems that this was one of the most expensive scenes of all series.

Eventually, all those businesses, bars, and shops that had to be paid their full day price in order to be closed for the filming. Plus all the people that live in that street had to be paid for privacy guarantees that they wouldn’t look out of their windows during the filming. 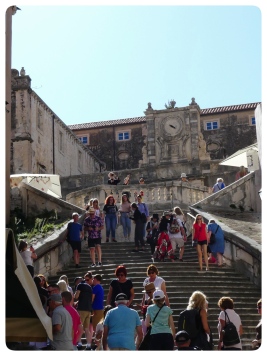 Dubrovnik is a splendid location, it offers beautiful beaches, a wonderful blue sea, and amazing sunsets!

One thought on “Dubrovnik is King’s Landing”