The Latin name of Florence was Florentia (“flowering”), its coat of arms is a flower as well. The symbol is not the French Fleur de Lys—though it looks like it, but the “Giaggiolo” (Sweet Iris), the violet is in fact also the color of the Florentine soccer team.

To visit Florence properly it takes a week, the very least, but much more to visit all its museums, churches, and sites. No doubt that Florence is the city that best represents all the glory of the Renaissance. But it was the Medicis Dynasty that made Florence magnificence. 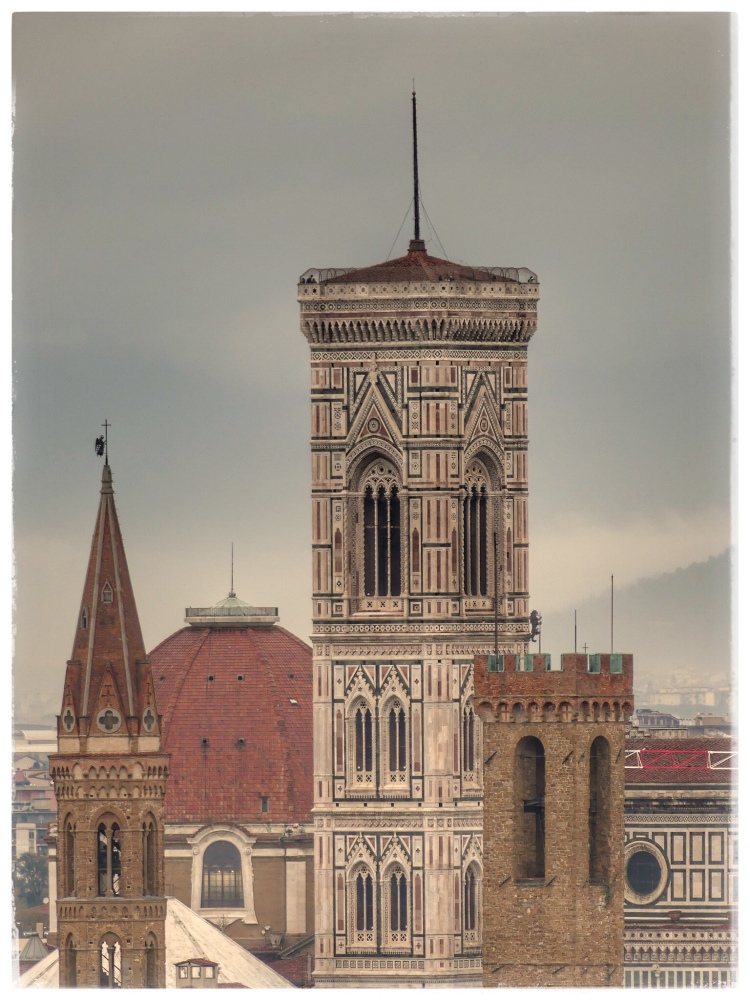 Between 1300 and 1500 Florence has a major role in politics, culture, and not least the economy. It was in Florence that in 1397 Giovanni Bicci de’ Medici establishes the very first bank; the Banco dei Medici. It will be the most famous and powerful bank for merchants, Lords, and Kings. The Medicis financed to State of the Church (now the Vatican) and the conquest of Milan by the Sforza Family.

Cosimo de’ Medici then consolidates the family fortunes and defeated the Albizzi and Strozzi families. From 1430 on the power of the Medicis is established firmly. Though their troubles didn’t end there, but that will be another story. 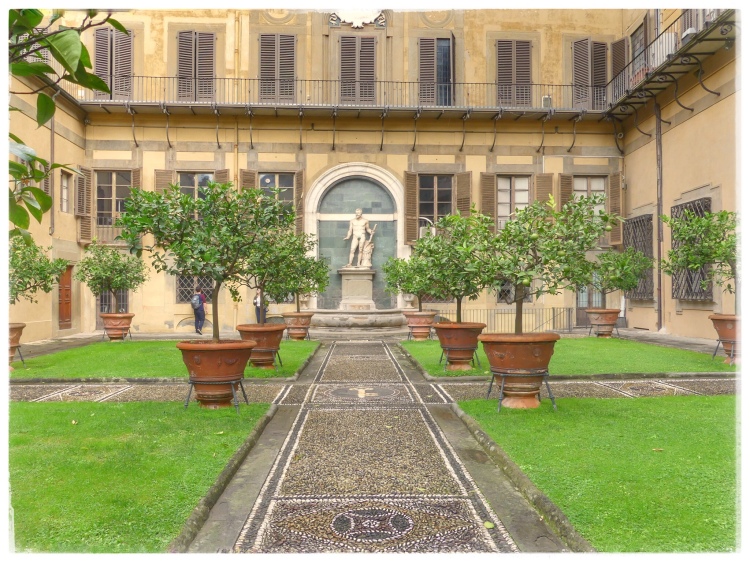 The Medicis were very well-read people, they loved the arts, and they invest conspicuously in the cultural, artistic, and scientific development of Florence. They became patrons of great artists such as Botticelli and the young Michelangelo. They commissioned works to Donatello, Filippo Lippi, Paolo Uccello, Luca della Robbia, Lorenzo Ghiberti, Desiderio da Settignano, Andrea del Castagno and many others.

They financed new buildings—such as Palazzo Medici Riccardi—e restored others like the Basilica di San Lorenzo by Filippo Brunelleschi (the two buildings are very close to one another), both Lorenzo the Magnificent and his brother Giuliano are buried there. 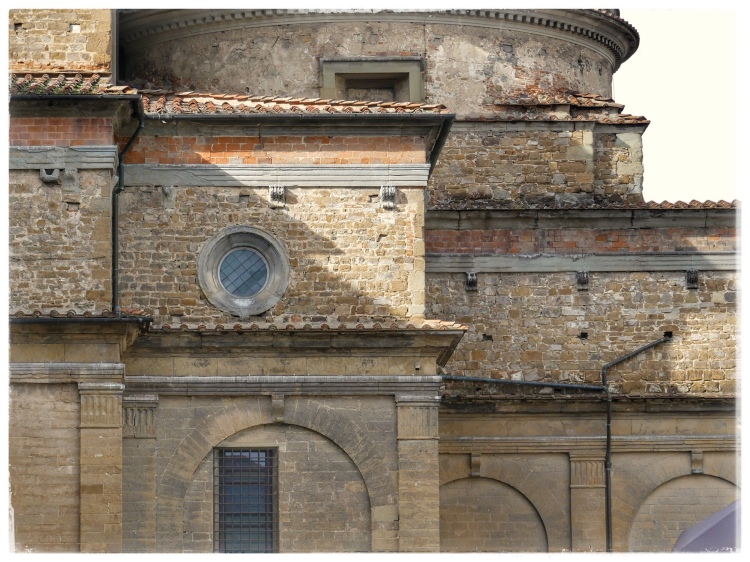 In 1540 the Duke, Cosimo I (his mother was Maria Salviati, granddaughter of Lorenzo the Magnificent), moved from the Palazzo Medici to the Palazzo della Signoria (which from this time began to be known as the Palazzo Vecchio). 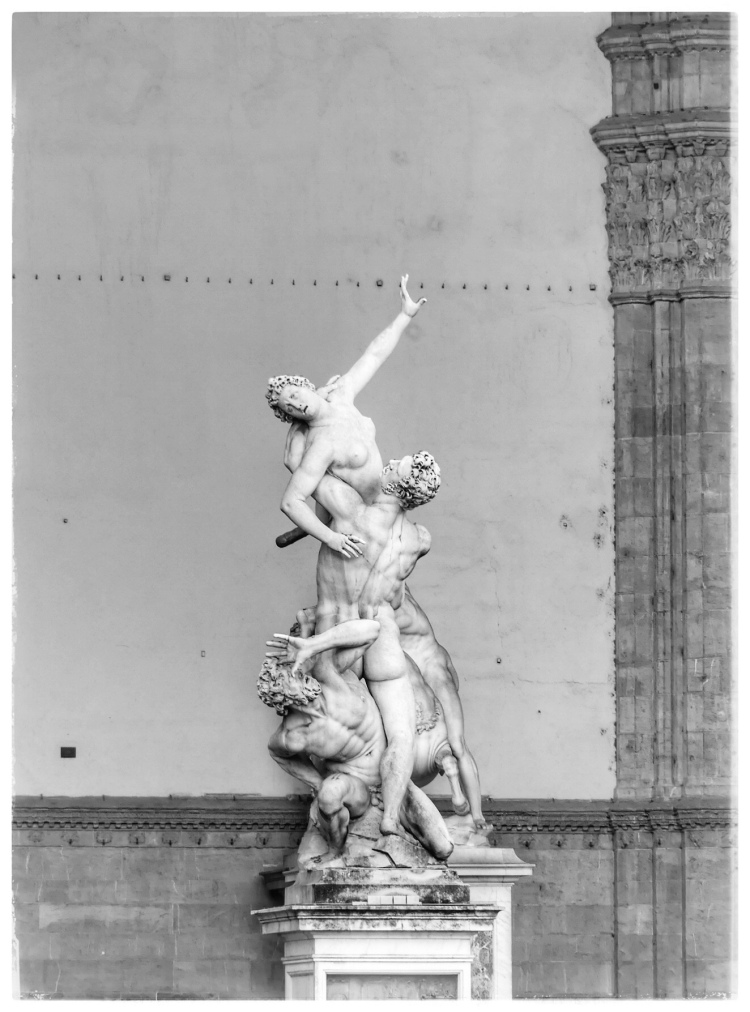 Cosimo asked Giorgio Vasari (Italian painter, architect, writer, and historian), to add the two wings that are now the Uffizi Gallery, which is now filled with the most famous masterpieces by Leonardo, Michelangelo, Filippo Lippi, Gentile da Fabriano, and so many others.

Eventually, Cosimo and his wife Eleanor of Toledo, moved to Palazzo Pitti, on the opposite side of the Arno river. In 1564, to secure safe passage from the palace of government to his private palace at all times, the Duke commissioned Vasari to construct a long corridor, running from the Palazzo Vecchio, through the Uffizi, to the Ponte Vecchio and then to the Palazzo Pitti.

It is expected that the Vasari Corridor will reopen in 2021. Click here to see a short presentation of the corridor.

The walk down the Vasari Corridor will start from the ground floor of the Uffizi, goes on over Ponte Vecchio and reaches the Medicean Gardens of Boboli and the Grand-Ducal abode of Pitti Palace beyond the Arno River. Even today it is very easy to see it from the Uffizi, running above Ponte Vecchio, and through the city to Palazzo Pitti. 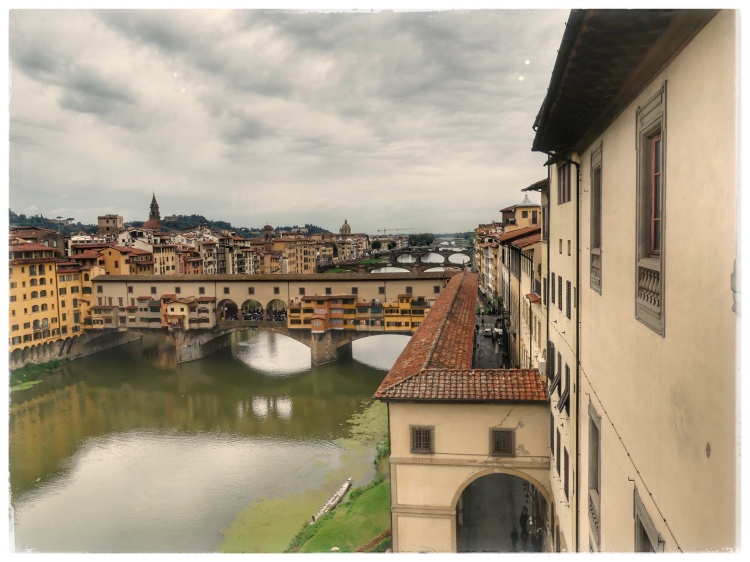 WHAT NOT TO MISS IN FLORENCE

Cellini’s bronze Perseus with the Head of Medusa, perhaps symbolizing Cosimo’s leadership, and Ammanati’s Fountain of Neptune were commissioned for the Piazza della Signoria; columns commemorating the Medici were erected in the piazzas of San Marco, Santa Trìnita and Santa Felice. Most of the statues in Piazza della Signoria are copies, the originals are kept at Accademia Gallery. 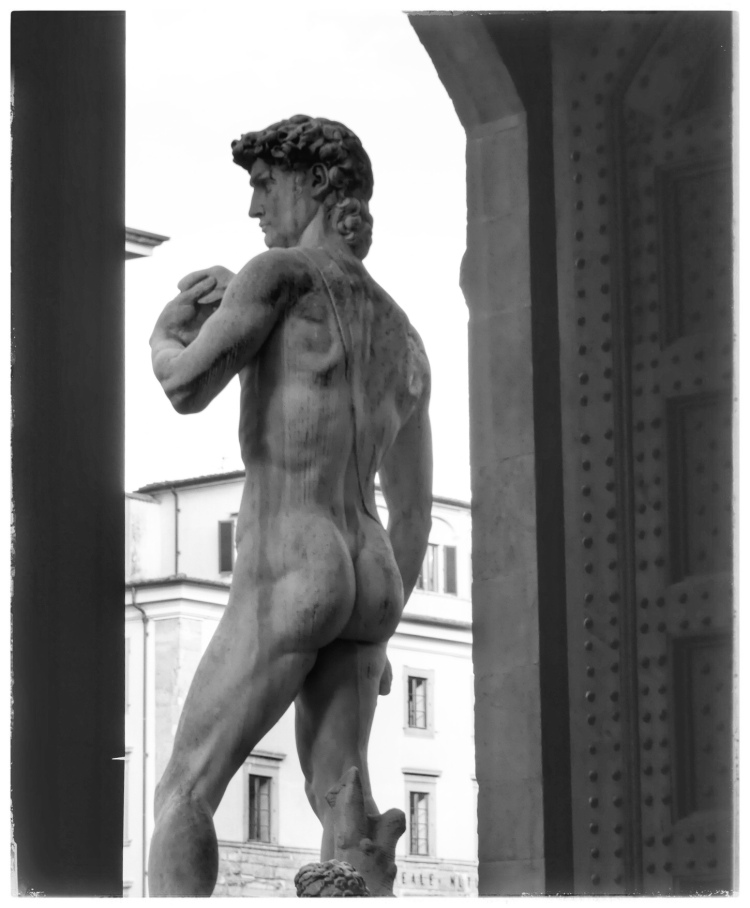 In Piazza della Signoria there is also the historic Caffe of Florence; The Rivoire. It is nicely located to admire the Piazza while sipping a very costly Spritz Aperol (and to look at the long line of tourists waiting for the Uffizi visit), but I do not feel comfortable in recommending it. 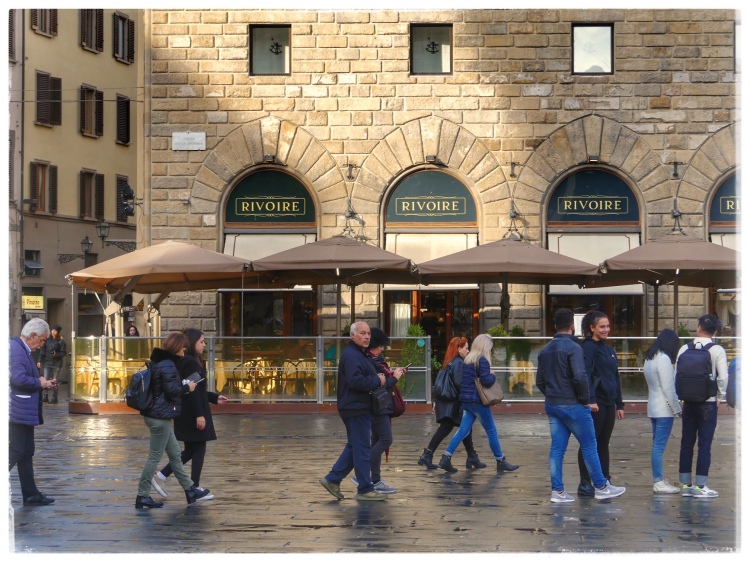 To visit the Uffizi, online tickets and reservations are strongly recommended. Moreover, it is best to visit during the week and first thing in the morning. 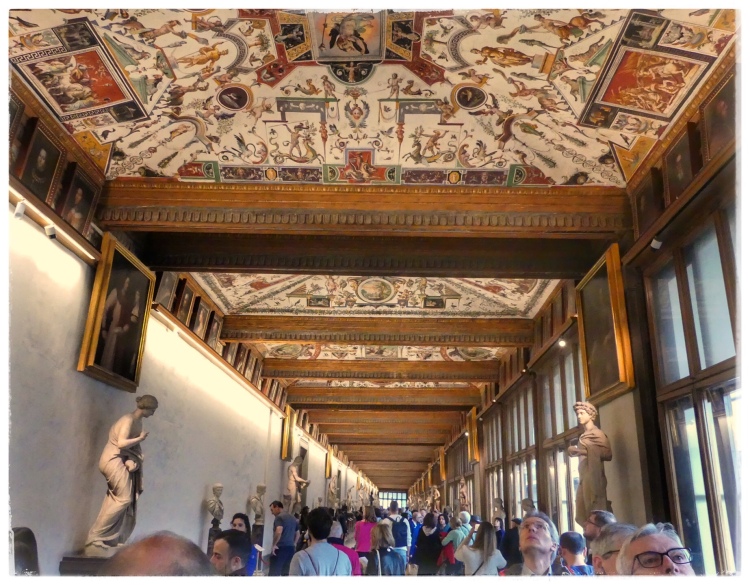 There is so much to admire in this Piazza; the Duomo, the Brunelleschi Dome, the Giotto Bell Tower, the Baptistery and its doors. Particularly the north door—built by Lorenzo Ghiberti between 1403 and 1424 it is Ghiberti’s first masterpiece. After the 2013-2015 restoration (during which most of the original gilding was brought to light) the door was displayed in the new Museo dell’ Opera del Duomo and replaced by a copy. 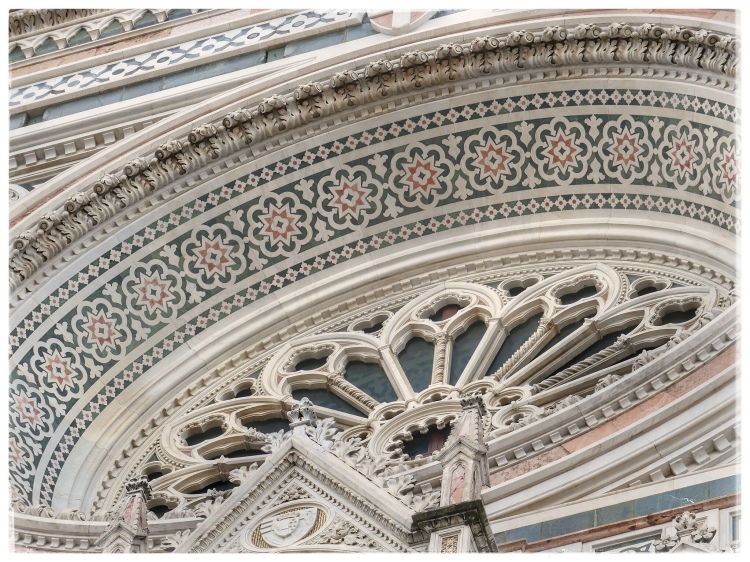 With all the Jewelry stores. Here too it is very crowded and it would be best to schedule the visit in relatively earlier hours of the day. 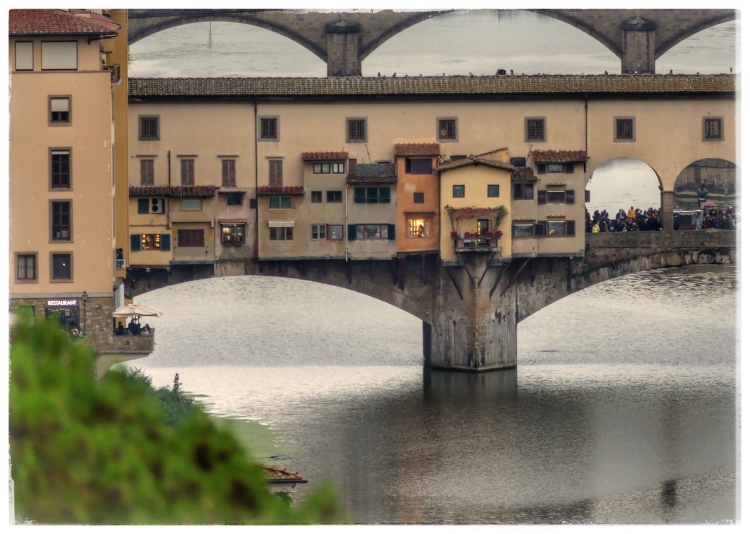 From where to snap the “postcard from Florence” picture! You can’t go wrong! 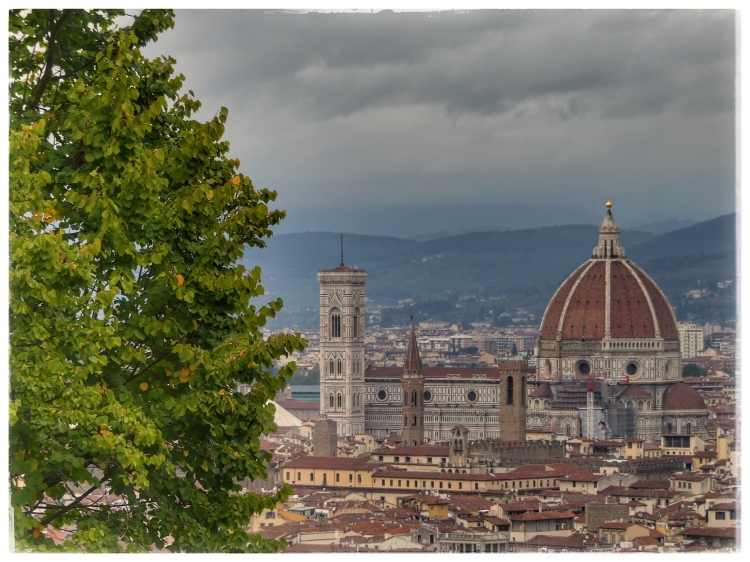 Where the men that made Italy great are buried, or remembered. 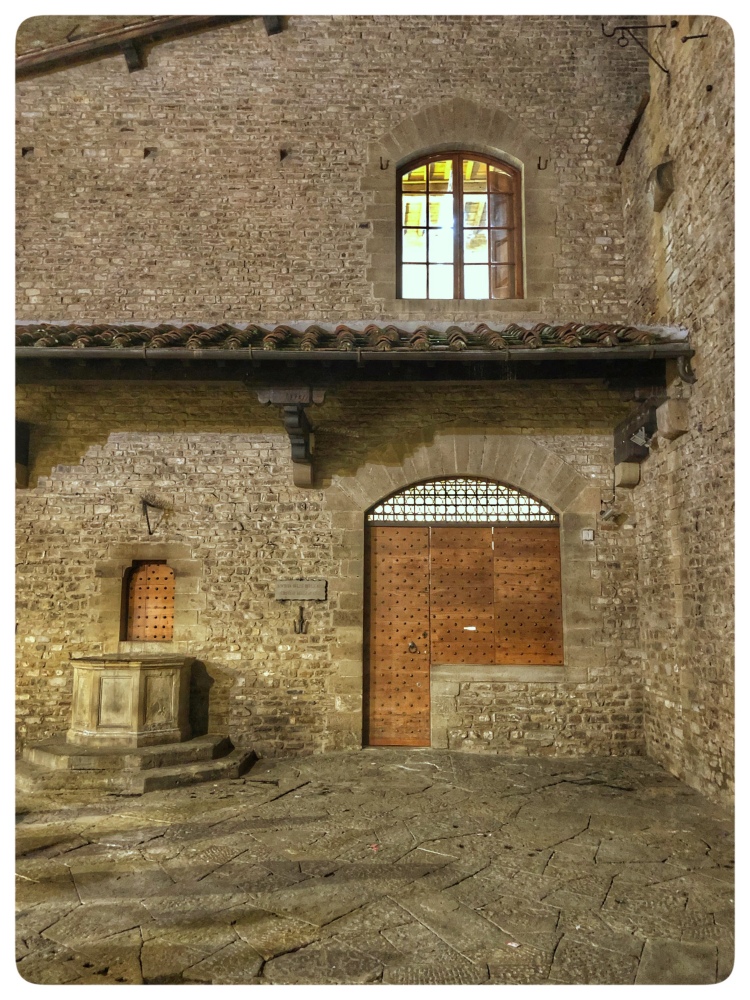 This church is nestled in a quiet little corner of Florence and it is very possible to pass in front of it several times before even really noticing it. Not many tourists cross the river to explore the streets, alleys & city squares in the Oltrarno, but if you were to find some extra time then this is the perfect area to breathe some authentic Florentine ambiance. 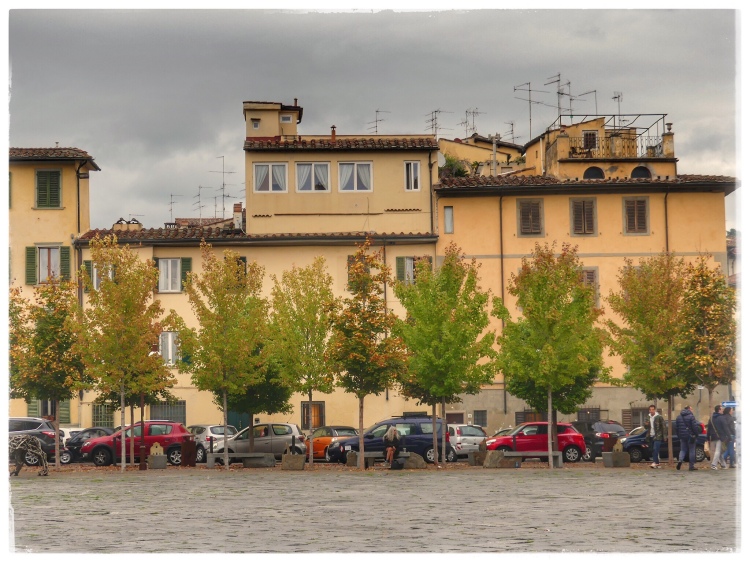 An oratory to San Michele stood on this spot in the 8th century. Rebuilt in 1th 13th century as a loggia where grain was sold, it quickly became a place of worship again. In the 15th century, it was made into a chapel, but the 13th-century arches of the loggia were integrated into the structure; you can still see them today.

The Church of Santa Maria Novella might not be at the top of your list of places to visit in Florence but we highly recommend you place it on there. Architecturally, it is one of the most important Gothic churches in Tuscany. 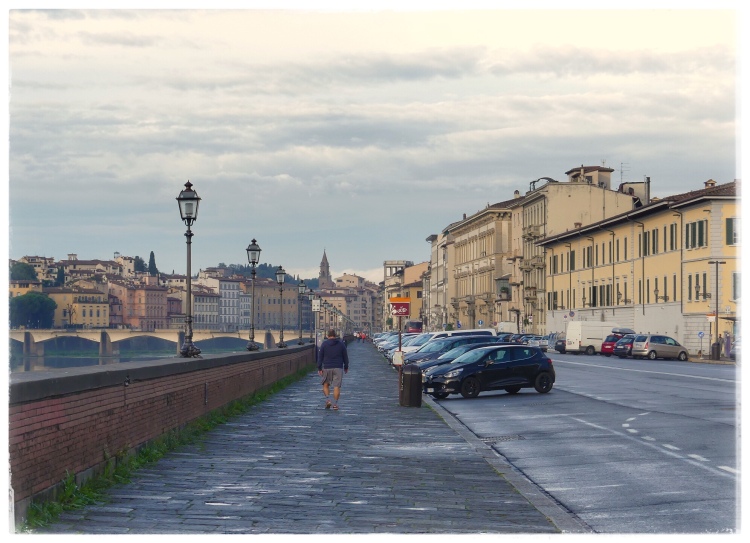 3 thoughts on “Firenze is a Flower”