I just went to see Rigoletto, one of the most famous Italian operas and one of my favorites, one of the reasons—besides the beautiful arias—is that the plot is almost credible.

There are a couple of operas by Giuseppe Verdi where the plot is really hard to take, while others are not dramatic enough, which is not good as we need drama in opera.

For me, the costumes play a big role, although quite often Opera Houses tend to save money on costumes or to propose the characters as modern-day people. I actually have trouble believing in a Gilda being that naive in today’s days, or a 2020 Violetta dying of “consumption!”

The King becomes a Duke

The opera was supposed to be the story of the venal, cynical, womanizing king (Francis I of France, from the play by Victor Hugo called, in fact, Le roi s’amuse (the king is having fun), but the depiction was considered unacceptably scandalous. Therefore the play was moved to Mantova (Mantua), the king becomes a Duke [Gonzaga], (The House of Gonzaga had long been extinct by the mid-19th century, and the Dukedom of Mantua no longer existed). 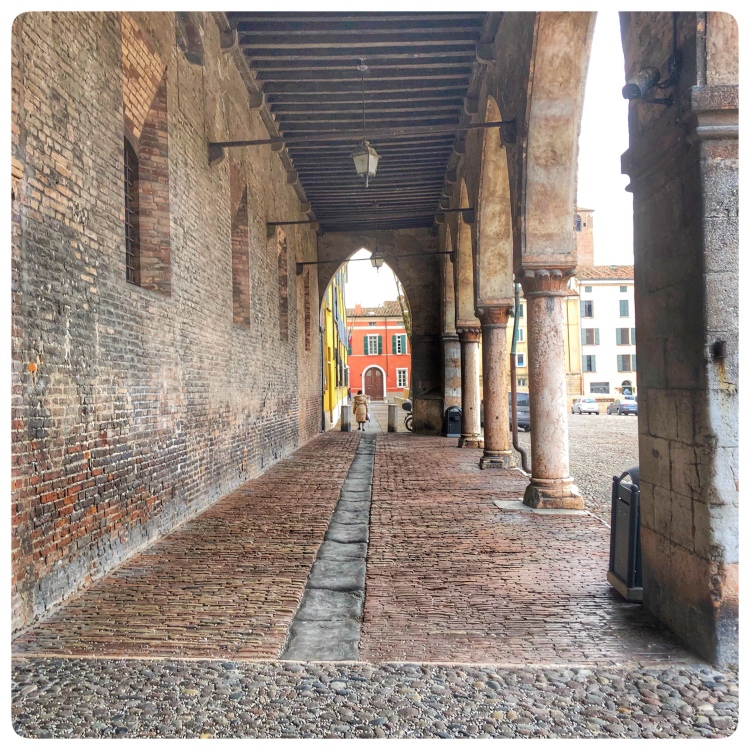 Rigoletto was first performed at the Fenice in Venice, and it was since a success. There is a lot to like in fact.

The opera starts with Rigoletto, the court Jester, mocking a courtesan whose wife is the Duke’s lover, and we can already enjoy a beautiful chorus of courtiers, while the Duke states aloud that for him “Questa o quella per me pari sono...”

Neither is any different, from the rest I see around me … 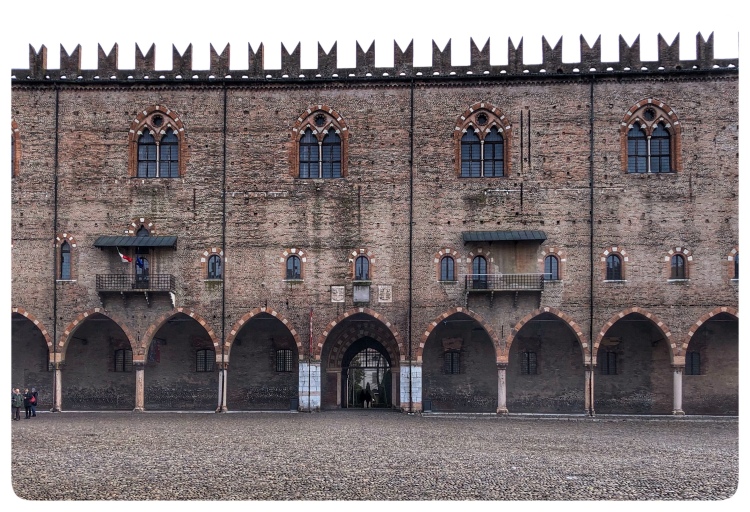 Drama strikes as a man curse both the Duke and Rigoletto.

Not much trouble for the Duke who had some fancy plans for that same night, but Rigoletto is disturbed, and as he walks home thru the dark cobbled streets of Mantova, coincidentally he meets Sparafucile (Shotgun), a swordsman who offers his honest services (he describes himself as reliable, no ordinary thief mind you, and claims that no client has ever complained! 😳😁) 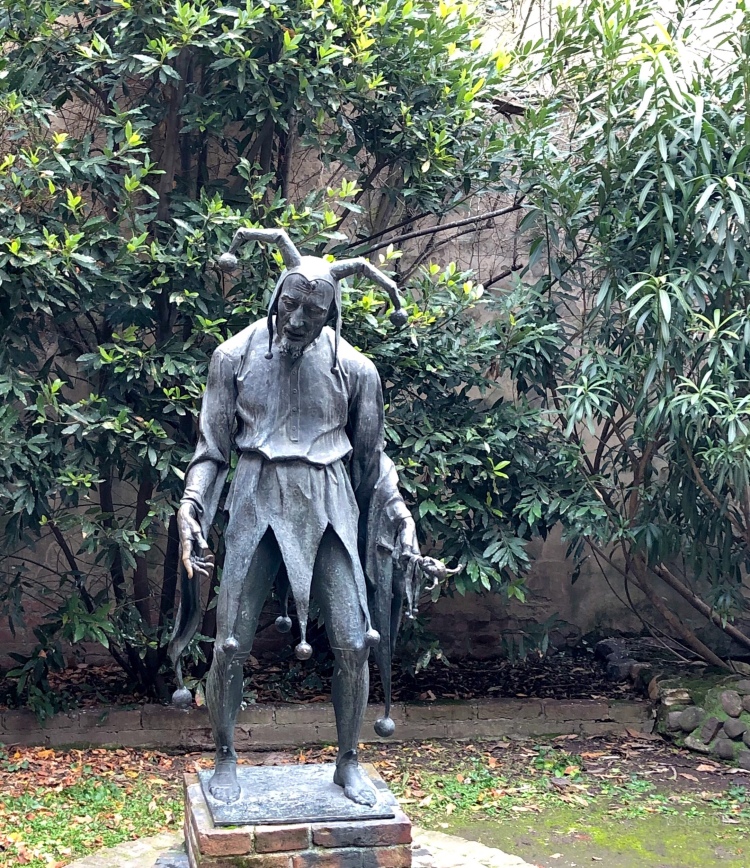 Rigoletto has a beautiful young a naive daughter, and as soon as he gets home they both sing beautiful arias together. Nearby the Duke observes, and as so conveniently Rigoletto leaves again he enters the house (sometimes with the aid of the maid, sometimes by going in via the balcony like Romeo and Juliet according to the imagination of the stage director).

Love is in the Air

Gilda is completely smitten, and after the Duke reluctantly leaves she sings the most beautiful aria “Caro nome.”

Unfortunately, Gilda gets abducted by the courtiers, brought to the palace (we can imagine Palazzo Ducale in Mantova as quite appropriate); and given to the Duke (how devoted these courtesans!)

When Rigoletto finds out, heartbroken, goes to the Palace and call the courtiers “cortigiani vil razza dannata,” another great piece. 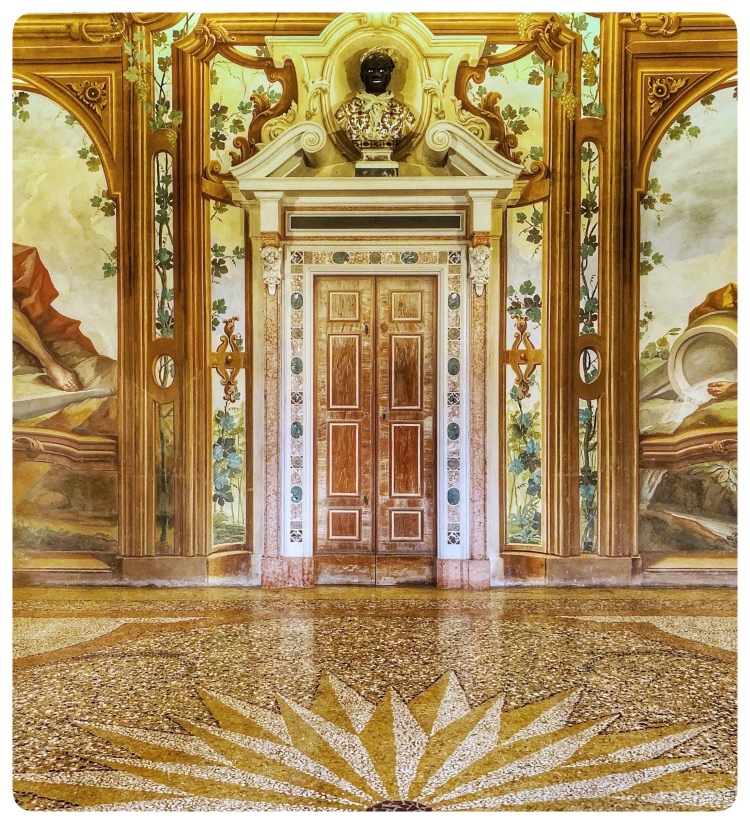 Eventually, Gilda comes out (sometimes slightly undressed, according to the audacity of the director), and we can hear a tearful confession by Gilda, and an even more beautiful aria by Rigoletto who tries to console his daughter with “piangi fanciulla.”

My own father would not have been that understanding in such a situation. 😢☺️

Rigoletto seething revenge and trying to change Gilda’s mind takes her to a tavern where the Duke goes to look for more adventures. And here we have really everything, lust, drama, broken hearts, and the killer himself.

The Duke arrives happily singing the most famous aria “La Donna è mobile” meets Maddalena and thinks she is not that bad for one night. He sings “Bella figlia dell’amore,” while Gilda’s heart gets broken even more, and Rigoletto tries to bring her to reason. This is one of the most beautiful quartets of all time. Four different voices (tenor, soprano, baritone, and mezzo-soprano), singing on different words (lines), and on different music. Magic!

Things, as it often happens don’t go as planned by Rigoletto. Gilda dies on her father’s arms singing “Lassù in cielo, vicina alla madre, in eterno per voi pregherò.” Not much of a consolation for Rigoletto who instead sings “Do not die, my treasure, have pity! Oh, my dove, you must not leave me”

The success of an opera is always on the singers, and usually the tenor, the soprano, and the baritone.

Our Rigoletto was an excellent baritone, he also had quite a stage presence. The Duke had a pleasing voice, although being still very young he didn’t always have full command of his voice. I also thought he grew a little nervous towards the end.

Gilda was good enough, dressed in a light blue dress, she looked more Alice in Wonderland than a naive young lady in Mantua. She sang well, but perhaps she did lack coloratura, especially in ”Caro nome.” 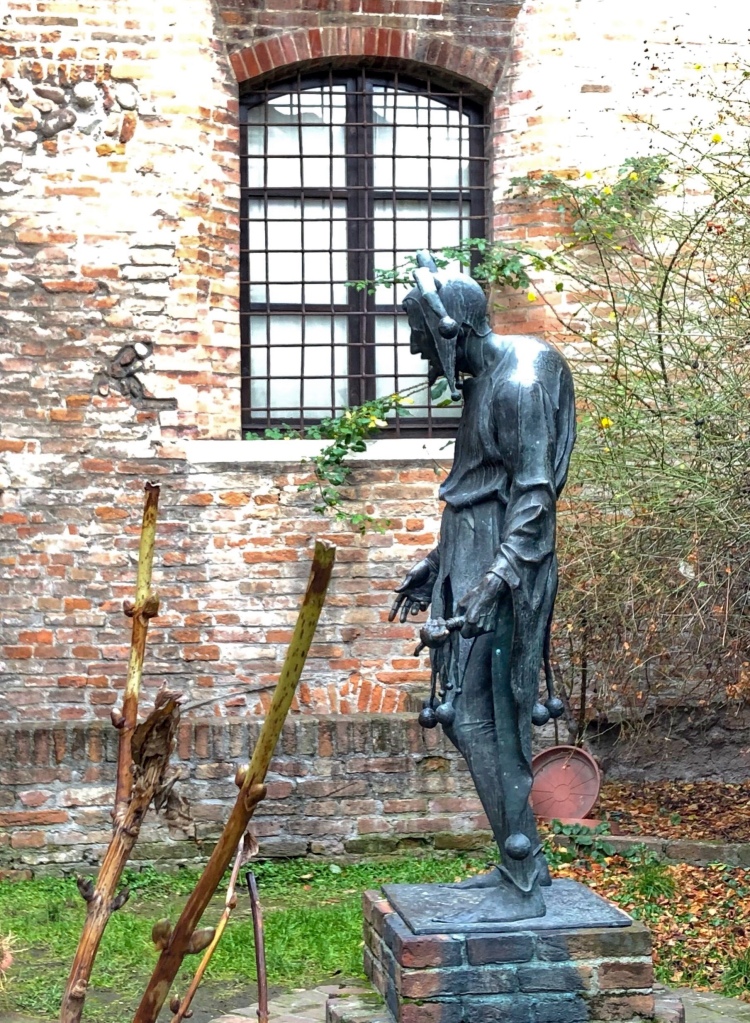 2 thoughts on “The King Having Fun in Mantua”