Toilet paper seems to be the most sought about item these days. That is why I remembered a week ago or so reding this funny article from the NYT about paper and 🧻  toilet paper in particular:

My Tireless Quest for a Tubeless Wip

Yes, the article was funny but very incorrect, and the writer should have spent an hour or two to do research about paper and trees. There are a few clichéd or inaccurate statements.

Here is How Paper is Made

Bark paper making technology originated in China. According to tradition, the paper was first produced in 105. The material used was probably the bark of the paper mulberry tree (Brussonetia papyrifera).

Paper reached Europe in the twelfth century. Imported from Damascus through Constatinopoli, or from Africa through Sicily.

In the thirteenth century the merchant fleets of the Mediterranean, financed by large merchants (mostly Venetians and Genoese), shared the thriving market.

Things changed from 1264 when in Fabriano, in the Marche, in the first European paper mill and mass production of paper began.

Since 1264 Fabriano has been synonymous with high-quality paper, known to publishers, writers, and artists. Indeed, the people of Fabriano must be given the credit for their ability to engender a true leap in paper quality and to make Fabriano the cradle of the production of modern paper.

Fabriano products have been in my childhood dreams since grammar school. I still hold great affection for Fabriano items and covet a few notebooks and other writing materials.

A Luxury No More

Forest-rich countries such as Scandinavia, Canada, and the United States became the new market references, and in 1871 we have the first toilet paper in rolls.

Before this era, a book or newspaper were rare and precious objects and illiteracy was widespread. With the gradual introduction of the paper economy, newspapers, notebooks, novels, and other literature became available to everyone.

Paper offered the possibility of writing personal documents and correspondence, no longer as a luxury reserved for the few. The most commonly used material is the pulp of wood or cellulose, mostly softwood from trees such as fir or poplar.

The paper is produced with an industrial process that, for market economies, takes place in large plants. The environmental impacts of the sector are therefore mainly deriving from the large volumes of raw materials and energy treated. The main components of the paper are however natural and renewable and the paper products—after their use—are recyclable, biodegradable and compostable.

The raw material used for the production of paper mainly comes from wood, the source of cellulose most widely available in nature. To date, about half of the fibers used by the industry are recovered, making paper the most recycled material in Europe.

The most common and less valuable wood species are destined for the production of paper, coming largely from sustainably managed forests or dedicated crops.

In Italy over 75% of the virgin fibers used by the industry come from forests certified according to internationally recognized sustainable management schemes, which guarantee that more is replanted than what is cut. All the wood and cellulose used by European paper mills are also subject to verification that they are legally cut and marketed. No other industrial sector can boast such high levels of raw material certified for sustainability.

Yet the paper industry is often associated with deforestation, although only less than 12% of the wood used by man is destined for the production of paper. For example, cellulose from Brazil, the main supplier of raw materials for Italian paper mills, comes from dedicated eucalyptus plantations, which have nothing to do with the Amazon rainforest.

The paper industry is also often associated with the pollution of water from chlorinated organic substances. In the past, bleaching of cellulose was in fact based on a highly impacting process that involved the use of chlorine gas. With growing environmental awareness since the 1970s, European paper industries have made a complete conversion of their industrial processes and plants, eliminating the dangerous and polluting chlorine gas and replacing it with technologies based on chlorine dioxide or free reagents chlorine.

The main environmental aspects related to paper production only due to water emissions. Water is, in fact, the “engine” of the production process and is used in large quantities. However, 90% of the water used by the paper mills is continuously recycled and the consumption of freshwater that is reintegrated into the process has greatly reduced over time. The water used in the paper mills is not however lost but is returned to the surface water body after being purified.

By treating almost exclusively natural substances, paper mill emissions do not register the presence of toxic or persistent pollutants.

Disclaimer: The photos of the trees are not mine. There are many such plantations nearby, but I could not leave the house because of the COVID-19 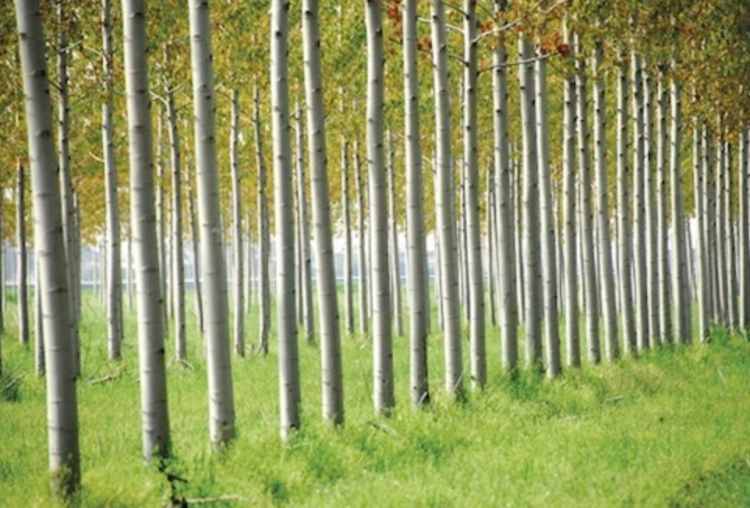 3 thoughts on “Talking About Paper”