There is one SOFIA in italy. Sofia Loren the one the only! Sofia Scicolone was born in Rome in September 20th 1934. Her father (son of the marquis of Agrigento Scicolone Murillo) recognized the paternity of Sofia, whom he named after his own mother, however, he always refused to marry Sofia’s mother who, due to […]

Maria Callas died on September 16, 42 years ago, yet she is as present as ever.  Her singing was one of the most renowned and influential opera singers of the 20th century. I delight in her interpretation of Lucia di Lammermoor; the duet with the flute is still unmatched (in my humble opinion). In “Quando […] 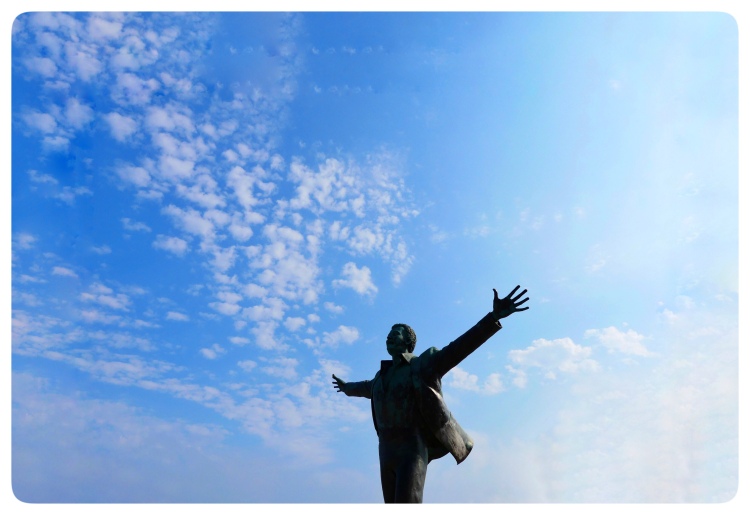 Domenico Modugno was born in 1928 in Polignano a Mare. He is known for his 1958 song “Nel blu dipinto di blu“, perhaps best known simply as “Volare!” To Fly! It is perhaps one of the best known italian songs, just next to “O Sole Mio…” Because some of his very early songs were sung […]

On a summer day of July 2001, I took the boys to the Statue of Liberty in NYC. I saw a photo op and ask them to stand up and snapped this picture. When I turned around I saw the NYC landscape and thought it was a nice shot. Back at home when I looked […]

Andrea Camilleri—the father of Commissario Montalbano died today aged 93. May he Rest In Peace, I will be always grateful for the great company his books provided me with. His books were constant companions during my summer vacations, and always added in my suitcase for my trips–they are not too thick–perfect for traveling. Camilleri once […]

850 years of history gone! Too sad and appalled! Quoting Michelle Obama: I will never forget the first time I walked into the Notre Dame Cathedral. I was a teenager on a school trip to Paris. It was my very first international trip, and until then, I hadn’t seen much outside of the South Side […]

To Karl Lagerfeld Karl Lagerfeld was the creative head for Chloé in 1974 and 1992. In the late 1970 i worked at Miles, a knitwear manufacturer in Vicenza, and there I met Karl Lagerfeld. I was very young, at my first employment and when Chloé entourage was coming for the new collection it was quite […]

My tribute is for Sergio Marchionne, who died last July, who with his acumen  turned around the financial destiny of Fiat and Chrysler. I recall when he first took up the Fiat economic problems; few would have bet on a successful outcome. Then it was announced that they would remake the old lovely Fiat 500. […]